3 Bible Verses to Help You Move Past Your Past 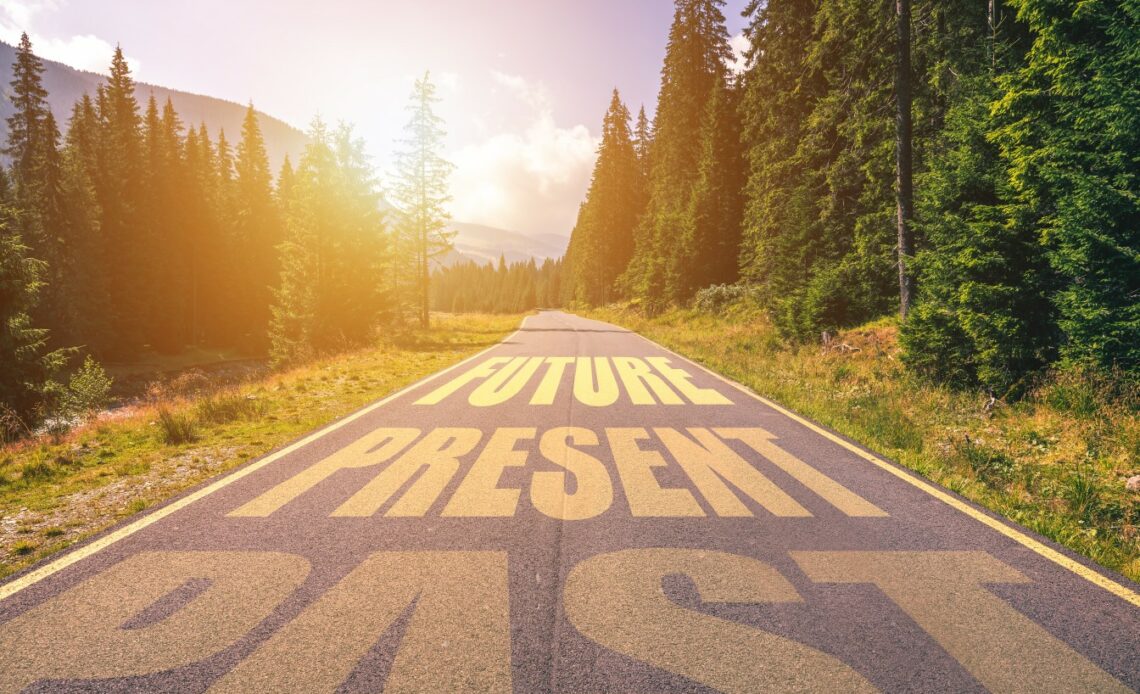 Do you have any regrets from your past? Of course, you do! All of us have said and done things in the past that leave us feeling the pains of shame and self-condemnation. However, God doesn’t want us to live with that type of pain. Instead, He wants us to forgive ourselves as freely and completely as He has forgiven us. If you’re having problems with moving past your past, consider these verses and the powerful truths that they provide.

If you had the ability to sit down and rewatch your life like a movie, how many parts would cause you to hide your eyes in shame? If we’re being honest, all of us have some portions of our story that we would like to forget. Perhaps you have said something hurtful to someone or done something that leaves you feeling the pains of self-condemnation, regret, and shame.

God doesn’t want you to walk around feeling those pains, though. Yes, He wants us to regret hurtful, sinful behaviors. That’s why He sends the Holy Spirit to convict and correct us. However, once we ask God for forgiveness for our sins, He wants us to be as quick to forgive ourselves as He is to forgive us.

In many cases, it’s easier to forgive others than it is to forgive ourselves. While forgiveness of any kind requires some work, we’re often quicker to extend forgiveness to others than we are to ourselves. Have you ever uttered the phrase, “I’ll never forgive myself for this,” or something similar? If so, you’re not alone. The guilt and shame associated with our own misdeeds are some of the toughest things that you will ever have to overcome.

God doesn’t want you to walk around carrying the cumbersome weight of shame, guilt, regret, and condemnation. That’s why He offered the very best that He had so you could experience His forgiveness. However, He doesn’t only want you to know that you’ve been forgiven by Him. He also wants you to forgive yourself.

Are you struggling with the weight of your own shame? Today’s a good day to lay that down. After all, you were never meant to carry it around. If you’re ready to embrace the forgiveness of God and move past your past, consider these passages of Scripture and the powerful truths that they contain.

How Much Power Do You Hold?

Romans 4:7-8 (TPT)
Here’s what David says: What happy fulfillment is ahead for those whose rebellion has been forgiven and whose sins are covered by the blood. What happy progress comes to them when they hear the Lord speak over them, “I will never hold your sins against you!”

This passage from Paul’s letter to the Roman Church actually references a quote from David. Make no mistake about it, Paul and David were both men who understood the pain of shame, guilt, and condemnation. While we don’t get a detailed account of everyone’s past in the Bible, both Paul’s story and the story of David include plenty of lowlights in addition to their highlights.

In 2 Samuel, David not only had an illicit affair with a married woman resulting in her pregnancy, but he also had her husband murdered. Before Paul was converted to Christianity, he went around to different cities arresting Christians and even murdering them. Both of these men had some shameful things in their pasts.

That makes the statement that David made which Paul quoted even more powerful. “I will never hold your sins against you!” When you repent of your sins, God truly forgets them. He releases them from record, and they are never to be brought up again. However, when you hold onto those sins yourself, you are exercising power that God never intended you to have. In fact, refusing to forgive yourself after God has forgiven you is a means of trying to flex more control over your life than God has. Relinquishing control of every part of your life, including forgiveness, is an important aspect of truly embracing forgiveness, is one of the most important aspects of fully stepping into your position in the family of God.

2 Corinthians 5:17 (TPT)
Now, if anyone is enfolded into Christ, he has become an entirely new person. All that is related to the old order has vanished. Behold, everything is fresh and new.

As we’ve already established, Paul knew about the pain of a shameful past. While we briefly discussed Paul’s past a moment ago, it bears repeating, especially in light of this verse. Paul, whose name was Saul before he came into a relationship with Christ, was a wicked man. Paul didn’t simply acknowledge his position as a sinner. Instead, he said that he was the “biggest sinner of them all” (1 Timothy 1:15). A liar, murdered, and persecutor of the Gospel, Paul hated everything that pertained to Christianity.

Perhaps it was an effort to help himself better understand the transition from his old life to the new, or maybe Paul was simply trying to make sure that the Corinthian Church understood the power of self-forgiveness. However, in this verse, Paul created a powerful picture of before and after.

Before Paul encountered Christ, he was a wicked man. Afterwards, his life was completely changed. It was like Paul was a completely different person. That’s because he was! The same can be said for us.

If you’re struggling to embrace self-forgiveness, remember that you are not the person that you were before you came into a relationship with Christ. You have literally been transformed from a person who you were into the person you are today. This person didn’t exist then. This version of yourself had not been created. Even more importantly, the person who exists today wasn’t around when you committed those past mistakes.

If you’re struggling to forgive yourself, remember one thing: this person didn’t exist then.

Fighting For Forgiveness, or Fighting From It?

1 John 1:9 (TPT)
But if we freely admit our sins when his light uncovers them, he will be faithful to forgive us every time. God is just to forgive our sins because of Christ, and he will continue to cleanse us from all unrighteousness.

Finally, it’s important to understand God’s forgiveness when we’re trying to embrace our own. God’s forgiveness is not something that we have to “fight for” or “earn.” As humans, we often have a skewed idea of forgiveness. We say that we will forgive someone who has mistreated us once we’re sure that they’re truly sorry for what they’ve done. Even when you’re a child, your parents, grandparents, or other caregiver may have made you apologize to your sibling for something that happened. If you didn’t apologize “good enough,” perhaps you were told to apologize again.

That’s not an indictment on the importance of teaching children how to apologize. However, it is important to understand that God’s forgiveness doesn’t operate that way. We don’t earn God’s forgiveness. We never could! After all, God is a completely sinless, perfect Father. However, He freely extends forgiveness.

One of the most difficult aspects of forgiving yourself is to understand why and how God forgives us. We know that we struggle to forgive ourselves, so it only makes sense that God is withholding forgiveness as well, right? That’s not how it works at all.

You aren’t earning God’s forgiveness, nor are you earning your own. Instead, forgiveness is something that is simply there. God wants you to operate from a place of forgiving yourself because He is so eager to forgive you.

Heavenly Father, help me to forgive myself. I know that I have so many parts of my story that cause me to experience guilt and shame, but those aren’t the parts that You focus on. Give me the strength to release forgiveness to myself as quickly and easily as You release it in my own life. Thank You for Your grace, mercy, and forgiveness. Help me to let those things flow freely within myself. In Christ’s name, Amen.

Condemnation Forgiveness Guilt Past Regret Repentance Shame Sin
17692
72
Share
We use cookies on our website to give you the most relevant experience by remembering your preferences and repeat visits. By clicking “Accept”, you consent to the use of ALL the cookies.
Do not sell my personal information.
Cookie settingsACCEPT
Manage consent