A Healthy Prayer Life Comes through a Disciplined Life 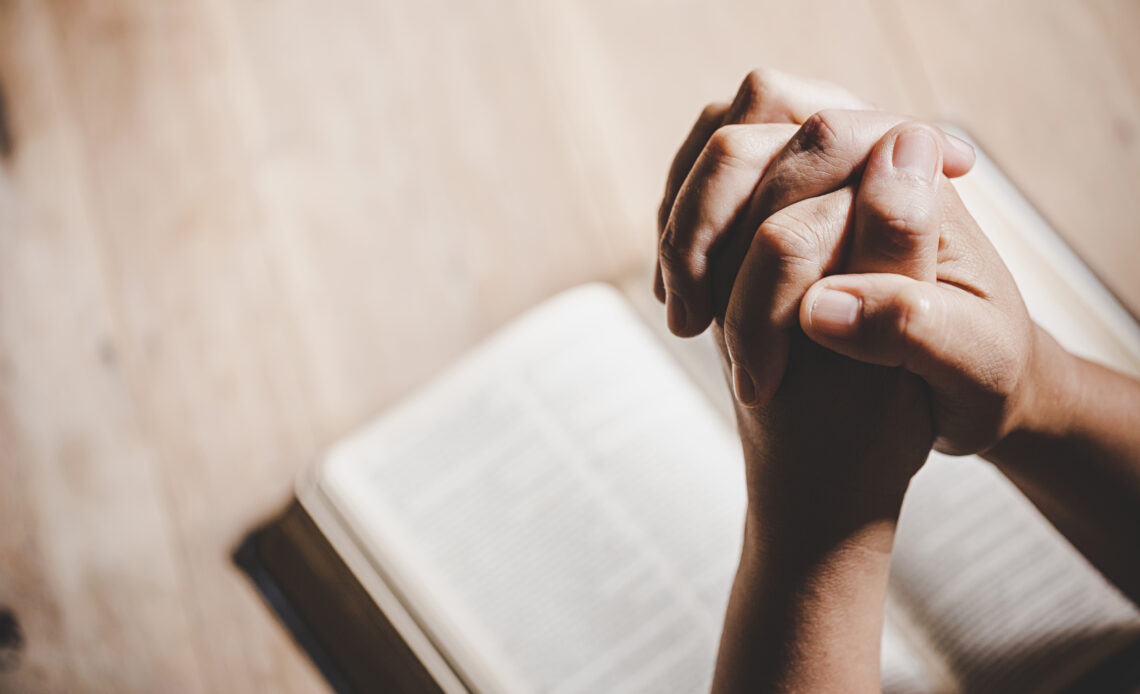 “But the end of all things”

Toward the close of Peter’s first letter, which was written to the dispersed Jews (who were also among the elect Jews), Peter seeks to touch upon the end of all things. From the beginning of creation, one could say that God desired that His creation would come to an end. In the heart of God, God desired that one day, all things would be made new again. All things becoming new, by its very essence, consists of the end of that which is current.

All things becoming new is often referred to as the consummation. When the Bible speaks of the end of all things, it is not to say that something has stopped, but to say that a goal has been achieved or that the realization of God’s plan has come to pass. The overarching story of Scripture is that God created, man sinned, God promised to redeem man, and God is seeking to make all things new. This can be shortened to the terms creation, sin, redemption, and consummation.

Nevertheless, Peter was concerned here with the end of all things. But does the Bible have more to say about this topic? It certainly does.

In the book of Revelation, John tells us of what will happen when the end of all things occurs. Scripture says, “And I saw a new heaven and a new earth: for the first heaven and the first earth were passed away; and there was no more sea. And I John saw the holy city, new Jerusalem, coming down from God out of heaven, prepared as a bride adorned for her husband” (Rev. 21:1-2) . And as Revelation 21-22 progresses, John has much more to say about the new heavens and the new earth at the end of the age.

In this sense, the Christian must be aware that Christ is coming soon.

Due to the fact that the end of all things is near, Peter desired that his readers would be sober (or sober-minded). To be sober-minded is to be stable and self-controlled. It is to be grounded in one’s faith. It means that one is not tossed to and fro by the wind of his passions and temptations.

The Christian should be looking forward to being in heaven. There is a great temptation in the hearts of man to want to cling to this world and what the world has to offer, but the believer must never give in to this temptation.

When Peter uses the word sober, it also carries the meaning of being free from intoxicants. The current age in which the Christian finds himself is filled with drug and alcohol abuse. While the Bible does not talk about the various drugs that are in use in the 21st century, it has much to say about intoxication. God does not approve of intoxication, and all of the substances that intoxicate can be seen as prohibited by the Scriptures. What is said about the drunkard can, in large part, be carried over into all the various substances that intoxicate. This type of lifestyle will never bring about clarity of mind or a God-honoring watchfulness and readiness for His second coming.

“and watch unto prayer”

Finally, Peter is concerned with the prayer life of the believer. Peter connects the dots between the end coming soon and prayer. When Peter tells his readers to watch, this carries a significant meaning. The word that is used in the Greek to depict watching is nepho, which means to abstain from wine, but could also be used metaphorically to depict moral alertness.

What is at stake in the text at hand is for the Christian to be of a sound mind and to be sober-minded for the sake of a heavenly prayer life. The Christian must be in prayer concerning the return of Christ, his own soul, the church, and the lost. The Christian will never be able to engage in proper communion with God if he is intoxicated.

But where does this leave us? This leaves the Christian not only with the privilege to pray, but also with a responsibility to be in prayer in these last days. The end of all things is at hand. The time of Christ’s return is imminent. Nobody knows the day or the hour of Christ’s return. Nevertheless, the Bible makes it clear that Christ is coming, and it could be any day. It could be in this lifetime, or it could be many years from now. One thing is certain: He is coming back, and the Christian must take prayer seriously.

The Christian must guard his heart and guard his mind for the sake of his prayers.

Father, I thank You for the second coming of Christ. I pray that You would prepare my heart for His coming and burden my heart for prayer. In Jesus’ name, Amen.

Christian Devotion Disciplined Prayer Sobriety
707
0
Share
We use cookies on our website to give you the most relevant experience by remembering your preferences and repeat visits. By clicking “Accept”, you consent to the use of ALL the cookies.
Do not sell my personal information.
Cookie settingsACCEPT
Manage consent