A Reminder to the Fathers: Instruct Your Children 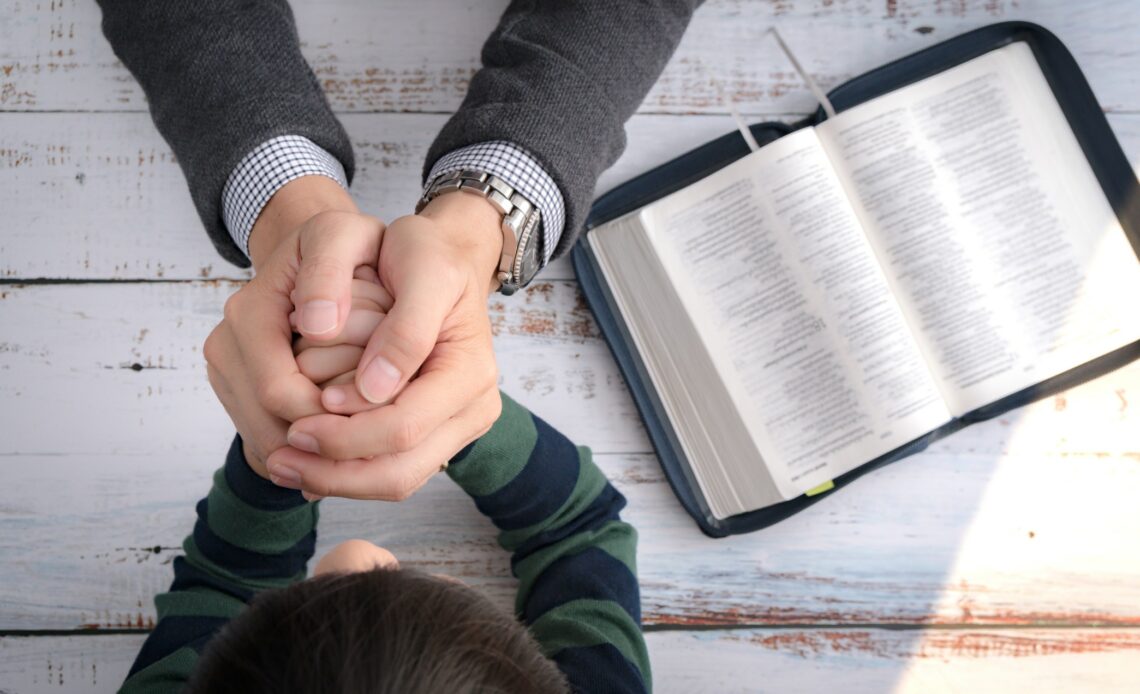 It is a sad reality that, when a father is not present in a home, the child will often go astray. Nevertheless, the role of the father is being diminished in the current culture and made as a negotiable element of a stable home. This thought process runs contrary to Scripture and finds no room in the heart of God. The role of the father must be upheld by society and the church. If the home falls, so will society, the government, and everything else.

Solomon gives us a glimpse into the role of the father – a vision that must be embraced by every father if he would seek to honor the Lord. Take a look at Proverbs 4:1-5.

Solomon’s instruction to his children

The proverb that will be our focus today consists of Solomon’s instructing “children.” Scripture says, “Hear, ye children, the instruction of a father, and attend to know understanding. For I give you good doctrine, forsake ye not my law” (KJV, Prov. 4:1-2). In one sense of the word, everyone that came after Solomon could be deemed a child. Thus, the instruction that Solomon gives is for everyone. However, as we will see in a bit, there is a special focus that Solomon gives to the father/child relationship.

In this portion of Scripture, it can be seen that Solomon focuses his attention on the following:

Surely, the role of the father is not an easy one. We can see, based on what Solomon says in Proverbs 4:1-2, that it takes time to guide one’s children in the way that is presented. Simply passing by a child quickly and saying a few helpful things will never do. What Solomon gives to us in verses 1-2 is ongoing instruction that needs to be implemented by the father in his home.

But where did Solomon get his “doctrine” or instruction from?

Scripture says, “For I was my father’s son, tender and only beloved in the sight of my mother. He taught me also, and said unto me, Let thine heart retain my words: keep my commandments, and live. Get wisdom, get understanding: forget it not; neither decline from the words of my mouth” (Prov. 4:3-5). Here, it can be seen that David used to come alongside his son Solomon at an early age. In doing so, David imparted life-giving words to his son. What can also be seen is that the words that David imparted never left Solomon, but rather Solomon held them in his heart.

A number of factors must be considered in the instruction that David gave to his son. As a result, we must focus on them in brief. Note the following:

• David spoke to his son early – “For I was my father’s son, tender and only beloved in the sight of my mother” – David did not wait until Solomon was highly competent to instruct his child. The fact of the matter is that children can comprehend things at an early age. The father must make use of the fact that his child will be learning early in his life. Either the child will be instructed by his father, or he will be instructed by the world.

• David taught his son – “He taught me also” – The role of the father is a teaching role. Scripture says, “And, ye fathers, provoke not your children to wrath: but bring them up in the nurture and admonition of the Lord” (Eph. 6:4). Thus, the father must embrace his calling and teach his children to know the Lord

• David targeted the heart – “Let thine heart” – The heart is the center of man and must be the focus of a father’s instruction. It is out of the heart that either good or evil will come. When a father wins his child’s heart, the child will often do that which the father desires the child to do. But what is the heart? Simply put, the heart can be thought of as the mind.

The mind is the house of the will, thoughts, attitudes, motives, emotions, etc. Thus, the mind is ultimately what is at stake when the Bible speaks of the heart. When a father instructs his child, he should do so with a desire to influence the mind of his child.

• David sought for lasting change – “retain my words” – Lasting change is what the father should be after. David desired that Solomon would retain his words. In the event that Solomon did not retain his father’s words, the words would have no place in Solomon’s heart. Two areas of concern must be addressed on a child’s retaining his father’s words.

First, the words must be repeated. Repetition leads to retaining. Therefore, if a father desires that his child will remember what has been said, the father must be persistent to that end. Second, and the hardest of all, the father must lead by example. The old saying, “Do as I say, not as I do,” will never suffice.

• David spoke of life – “live” – David told his son Solomon how to truly live. Surely, more than physical life was at stake. A father must instruct his child with an eye toward eternity and life everlasting.

• David taught of wisdom – “Get wisdom” – It is interesting to see that David taught his son to get wisdom. When Solomon took the throne, he was met with quite a task. The kingdom had been established, wars had been waged, and Solomon had some big shoes to fill. What would Solomon do?

He would remember the words of his father who had told him years before to “get wisdom.” As Solomon took the throne, he turned to the Lord and prayed that God would give him wisdom to lead the people. Do you know what God did? God gave Solomon more wisdom than anyone in the land, and Solomon became a great king. One can see the vital role that David’s words played in the life of his son.

• David taught of understanding – “get understanding” – Not only did David tell Solomon to get wisdom, but he also instructed his son to get understanding. Understanding is vitally important in the life of the Christian. To simply know something is not good enough in arousing a deeply rooted conviction.

For instance, an unbeliever can know what the Bible says. Some unbelievers “know” more about the Bible than believers. However, understanding is something that promotes obedience. Thus, the father must help his child to understand the words of Scripture.

• David taught of consistency – “forget it not; neither decline from the words of my mouth” – Finally, David desired that Solomon would be consistent in living for the Lord. Once again, we see a great need for the father to be persistent in his instruction and to lead by example. We also see that there must be intentionality and that instruction does not come by way of random moments, but rather by a lifestyle in which the father is always instructing his child in some form or fashion.

The eyes of a child are always watching and always studying. There is grace along the way for the father, and the father must turn to the Lord for forgiveness and strength. The enemy desires to uproot the father from his home and to dismantle God’s design. The father must be in prayer, and he must take his role seriously.

Father, I thank You for the guidance that You have given me in Your Word. I pray for Your grace and Your mercy along the way. Teach me how to be a better Father and how to instruct my children in the way that they should go. In Jesus’ name, Amen

Children of God Faith Father's love Fathers Love God Instruct Your Children Prayer
3256
5
Share
We use cookies on our website to give you the most relevant experience by remembering your preferences and repeat visits. By clicking “Accept”, you consent to the use of ALL the cookies.
Do not sell my personal information.
Cookie settingsACCEPT
Manage consent