Christ Is the Solution for Humanity Outside of the Law 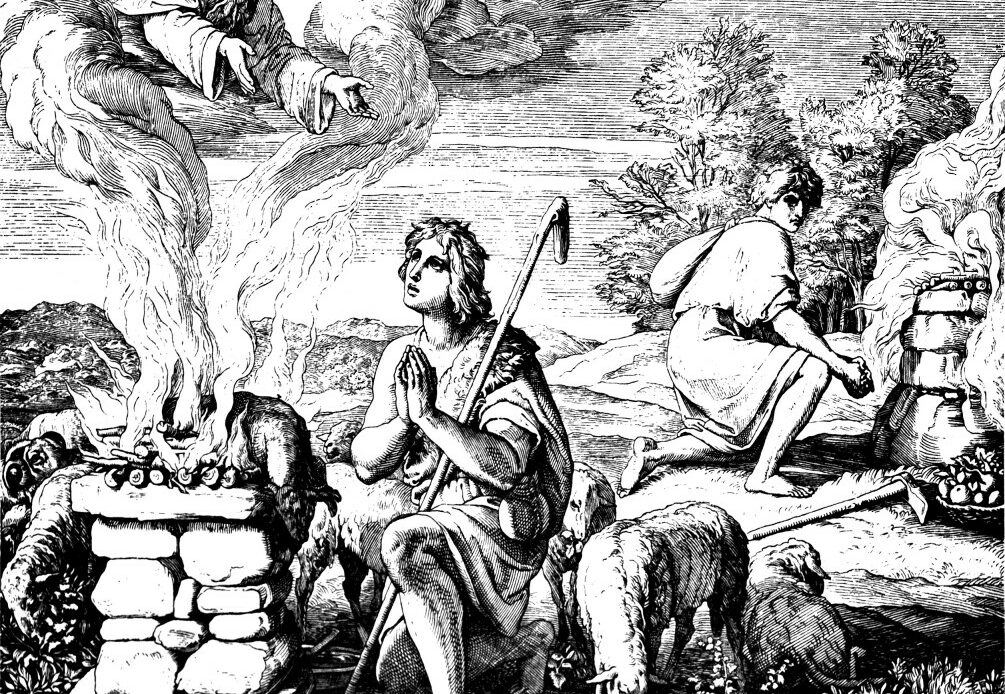 “Whom God hath set forth as a propitiation through faith in his blood, to declare his righteousness for the remission of sins that are past, through the forbearance of God; To declare, I say, at this time his righteousness; that he might be just, and the justifier of him which believeth in Jesus” (KJV, Rom. 3:25-26)

In no book of the Bible is the work of Christ in the atonement more clearly laid out for the believer than in the book of Romans. Paul takes his readers through the depth of sin that has plagued the human race. He tells of the way that every person who has ever lived has incurred the wrath of God because of sin. However, he also tells of the way that there is hope outside of the law. What a reason to rejoice! The Christian can know that the law is not the final answer. Sure, the law will tell the Christian all that he has done wrong and where he continues to go astray. But Christ is the solution for humanity outside of the law.

Paul then takes his readers through various aspects of the work of Christ to include justification, redemption, propitiation, reconciliation, adoption, death to sin, resurrection life, union, and more. What an amazing display of God the Son in His work for humanity! In the midst of Paul’s extensive teaching on the Gospel and its ramifications, he shares the words of Romans 3:25-26, which are our focus today.

An essential component of the atonement is found in Christ’s work of propitiation. This word (propitiation) must never be read over without being understood. Nevertheless, it is likely that many Christians are doing just that. There seems to be a lackadaisical approach to all things spiritual. This appears to be the case in the irreverent attitude of many Christians toward God, as well as a waning desire to get to get know God in His Word and through prayer.

Communication is a two-way street. It involves someone talking and another person seeking to listen and understand what is being said. The importance of this cannot be overstated when it comes to God. God has communicated to His children through His Word. The Christian must seek to understand what God is telling him.

Maybe a definition could be helpful as well. Propitiation means the satisfaction of God’s wrath. Some may like to speak of it as God’s wrath being totally exhausted. Either way, the point is made clear. The Old Testament sacrifices represented the wrath of God being satisfied, and thus the people were spared from judgment through a sacrificial offering.

People must know that they are under the wrath of God, but God is rich in mercy and has also made a way of escape through the death of Christ. Believe in the finished work of the Son, and be set free from the wrath to come.

“to declare his righteousness for the remission of sins that are past, through the forbearance of God”

But then Paul tells us the verse listed above. What does it mean? What was Paul getting at? It seems a bit confusing and shrouded in mystery at the outset. Nevertheless, God did not share this verse with us only to conceal its meaning.

However, when God created the world, He created things good, and He gave man the ability to choose good or evil. In the Garden, God told Adam not to eat from the fruit of the tree in the center of the Garden. Moreover, He warned the man that if he did eat from that tree, he would surely die. Adam had a choice: choose life or choose death.

Since the sin of Adam, God exercised patience (forbearance), looking forward to the cross when sin would be dealt with in its entirety.

Since the beginning of creation, man has been saved from the consequences of sin through the redeeming work of Christ. In the Old Testament, the people believed what God told them about Christ’s redeeming work, although they did not know as much as we know today. For instance, a part of God’s plan of redemption was that Abraham would have a son and that through Abraham’s line, the nations would be blessed. This was a reference to the coming of Christ, although Abraham did not know it. Nevertheless, Abraham believed, and God credited it to him as righteousness. After Christ’s death, people now look backward on His atoning work and believe.

“To declare, I say, at this time his righteousness; that he might be just, and the justifier of him which believeth in Jesus”

God is righteous, and this fact must never be forgotten. It is not true to say that God simply forgives sin. God dealt with the sin of the believer in His Son. Every sin that has ever been (or ever will be) committed has been (or will be) dealt with in the unbeliever or in the person of Christ.

God is righteous and always will be. He is an unchanging God and will always uphold justice and be worshiped as the righteous Creator that He is.

When Paul said that God is just and the justifier of those who believe, he put the work of salvation entirely on God’s shoulders. No one should ever say that God does not care or that God is cruel. The reality of the matter is that God created this world. God created man. Man sinned against God and continues to rebel against God’s righteous ways.

Is it really a travesty for God to tell people not to lie and steal and hate one another? Absolutely not! Anyone in his right mind would uphold these values. However, it is in these very ways that man continues to go astray in his heart, mind, and actions.

Father, I thank You for sending Your Son Jesus Christ to die for my sin. Help me to rejoice in His work each day and worship You. In Jesus’ name, Amen.

Amen bible Faith faith in his bl God Jesus KJV Old Testament sacrifices Prayer Rom. 3:25-26 The Christian Whom God hath set forth as a propitiation through
320
0
Share
We use cookies on our website to give you the most relevant experience by remembering your preferences and repeat visits. By clicking “Accept”, you consent to the use of ALL the cookies.
Do not sell my personal information.
Cookie settingsACCEPT
Manage consent