Devotional About How Grief Leaves an Imprint on Your Heart 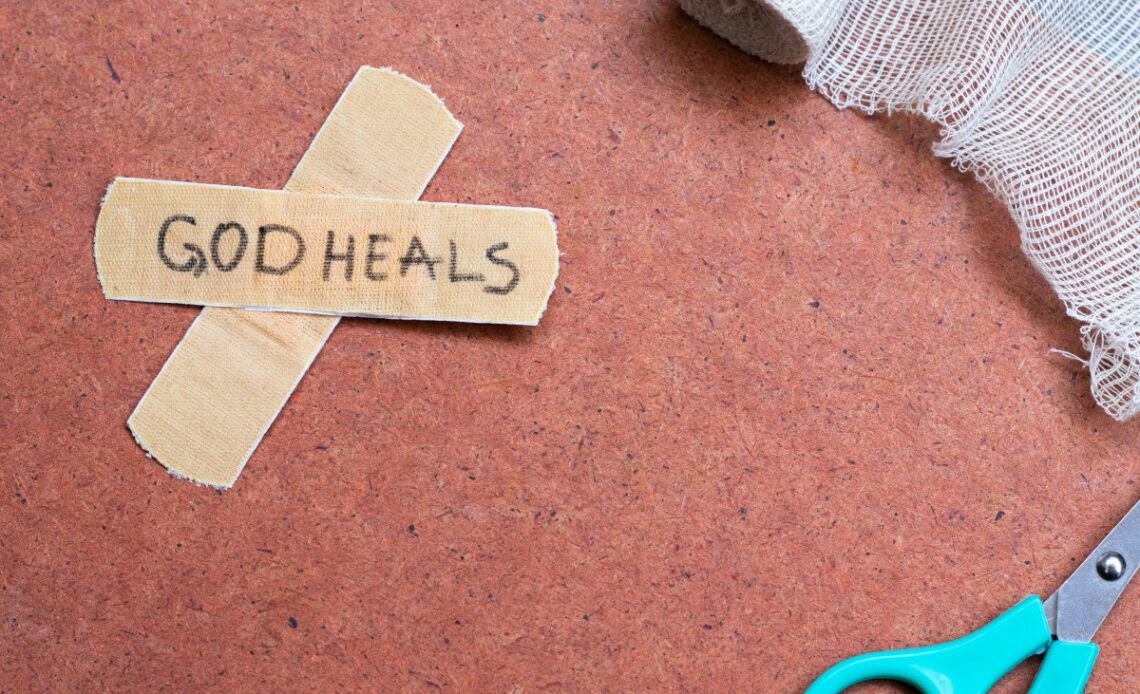 Things happen in your life that alter you as a person, as they leave a mark on your heart that never goes away. It can be the loss of a child, a spouse, or a trauma, but there are inevitable times when you struggle just to make it from one day to the next.

Wounds that never heal are a part of life. They say that time can heal all, but while it does help to get your emotions in check, you never really “heal” from these events. How can one ever get over the loss of a child or a trauma that shocks you to the core of your being? Did you know that nature too shares such marks after going through significant events?

The Rings of Trauma

When you cut down a tree, you will see rings around the inner part of the wood. These rings are very significant in the history of the life of this plant. Scientists have discovered that no two rings are the same, and there are abnormalities within each ring that tells a story. For instance, they can see if a tree has been through a flood or other horrific storm, as the ring is profoundly affected for that year of its life.

If someone were to look inside your heart and see the rings around it, would they be able to see the trauma? While you don’t have rings like a tree, your heart does experience significant damage when it goes through these difficult times.

Take, for instance, Christian Garcia. He was the husband of the late Irma, who died in the Texas shootings at Robb Elementary School. Garcia was so overcome with grief that his heart couldn’t take it, and he died suddenly. Doctors said he passed from a heart attack caused by broken heart syndrome.

This overwhelming story reminds you that your heart can only take so much grief and despair, and there comes a time when it can’t take it anymore. Looking on the inside, which God does, what will He find that you hide? Will he see a person who kept going no matter what came their way, or does he find someone that’s had an easy life?

The very things meant to take you out haven’t succeeded, so there must still be some purpose for you to be here.

Job and His Bad Luck

When considering trouble in the Bible, many people put Job at the top of the list. Satan approached Jesus in Job 1:6. He knew there was a hedge of protection around this man because he was precious in God’s sight.

In fact, the Bible says that he was a just man and there was no one more perfect in the land. Reluctantly, the Lord removed this hedge and allowed Satan to tempt Job, as He felt sure that there was no way that Job would turn his back on the Master.

So, on day one, Job was significantly tried, as he lost all ten of his children, servants, and even the sheep in his pasture. If that wasn’t enough to do anyone in, more was coming his way. Next came the terrible skin sores, and all the money in the world couldn’t stop his torment from these lesions.

Job’s wife became very stressed living with him. She told Job in Job 2:9 that he should curse God and give up. Still, Job wouldn’t curse God, and even during much agony, he kept on believing and knew it would be alright. Now, how many people can honestly say after losing so much and being in torment from sores that they wouldn’t at least doubt a little bit?

Thankfully, Job had some great friends. Eliphaz, Bildad, and Zophar came to sit with him, so he wasn’t alone in his depression. Even the Bible shows you the importance of having friends to be by your side in times of trouble. By the 7th day, he became bitter, anxious, and scared.

Job didn’t let all his issues change his belief in God, a monumental feat. When you lose someone, you hear of wars and shootings, and it can rock the very foundation you stand on. The most important thing is that God showed up for Job. He stopped the storm.

In the end, God restored to Job more children and riches than he had in the beginning. It was a test, and he passed with flying colors. Sure, it was hard on him, and he wanted to “throw in the “towel,” but he didn’t give up! This is the key for you.

No matter what you’ve been through or are going through right now, you can’t give up! Keep going, keep pressing, and keep seeking the face of God, and He will show up and calm your storms.

He Calms the Storms on the Sea of Galilee

Another story where Jesus calmed the storms for his friends takes place in the book of Mark. Jesus was exhausted from teaching and ministering to the crowds, and He asked the disciples to get their boat and go to the other side of the sea, so He could rest. Jesus went to the bottom of the ship to sleep, and He fell fast asleep.

The Sea of Galilee is a lake, and it’s notorious for sudden and horrific storms. A storm came out of nowhere, and the disciples were afraid that a wave would come and capsize the boat. However, this storm wasn’t waking Jesus, as He was deep in His slumber.

In their panic, they awoke the Lord and were upset because they felt that He didn’t care that they would die out on the waters. Jesus went to the boat’s helm, and He rebuked the wind and told the sea to be still in Mark 4:9. At that moment, the storm disappeared, the winds stopped, and the water calmed.

The disciples were so upset because of this storm, but they didn’t realize they had the Master of the wind in their boat. The Lord simply spoke the words, and the storm stopped. If He could do that for the disciples that day, He will also do it for you. He is the same yesterday, today, and forever, according to Hebrews 13:8.

The Physical and Mental Trauma of Jesus

Jesus’ arrest and trial are recorded in Matthew 26:57–27:31 and the other Gospels. While He was before the Jewish Sanhedrin, he was mocked, spat on, and beaten. The abuse continued as He was taken to be judged by Pilate, the Roman ruler. If anything can have a profound effect on your mental health, it’s this kind of torture.

All this violence took its toll on Jesus’ body and mind. In King Herod’s court, the cruel soldiers fashioned a crown of thorns and thrust it into His head. These spiky thorns ripped through His scalp and cut deep into His forehead. According to John 19:1, Pilate ordered the Lord to be beaten with a cat-of-nine-tails whip.

After 40 stripes with this cruel whip, Jesus’ back and sides were probably ground to shreds. His blood loss would have been significant enough for Him to have died then. However, He lived long enough to have sharp spikes hammered through both wrists and His feet. After He died, a Roman soldier pierced His side with a spear. In addition to the scars from beating and whipping and thorns, He had four more.

How a human being can go through such horrific events and not ask for angels to rescue Him is a testament of His willpower and strength. Though you’ve never been crucified, there might be times in your life when trauma left you for dead. Thankfully, your human spirit is strong, and you fought back.

You may have external and internal scars that tell the story of your past pain and disgrace. However, they are your testimony to others that you are a survivor. The wounds you once thought were ugly become precious to you, as they’re your testimony. You hide your pain well with your external appearance, but you can’t hide your pain from God. A smile is a mask for many people that hides their suffering, but He knows!

Prayer for Healing from Scars

Dear Lord, thank You for the unspeakable pain and death You endured to purchase my salvation. Help me accept my scars as a reminder of where I’ve been and where You’ve brought me.

I am looking forward to your second coming, where you said that you will wash every tear from my eye and all things will become new. Jesus, I am waiting for a heavenly place of peace with no hurts and to finally look upon Your Face. Amen

book of Mark Depression despair Devotional God Heals Grief Mark 4:9 Matthew 26:57–27:31 Pain and Hurt testimony trauma Wounds
613
6
Share
We use cookies on our website to give you the most relevant experience by remembering your preferences and repeat visits. By clicking “Accept”, you consent to the use of ALL the cookies.
Do not sell my personal information.
Cookie settingsACCEPT
Manage consent