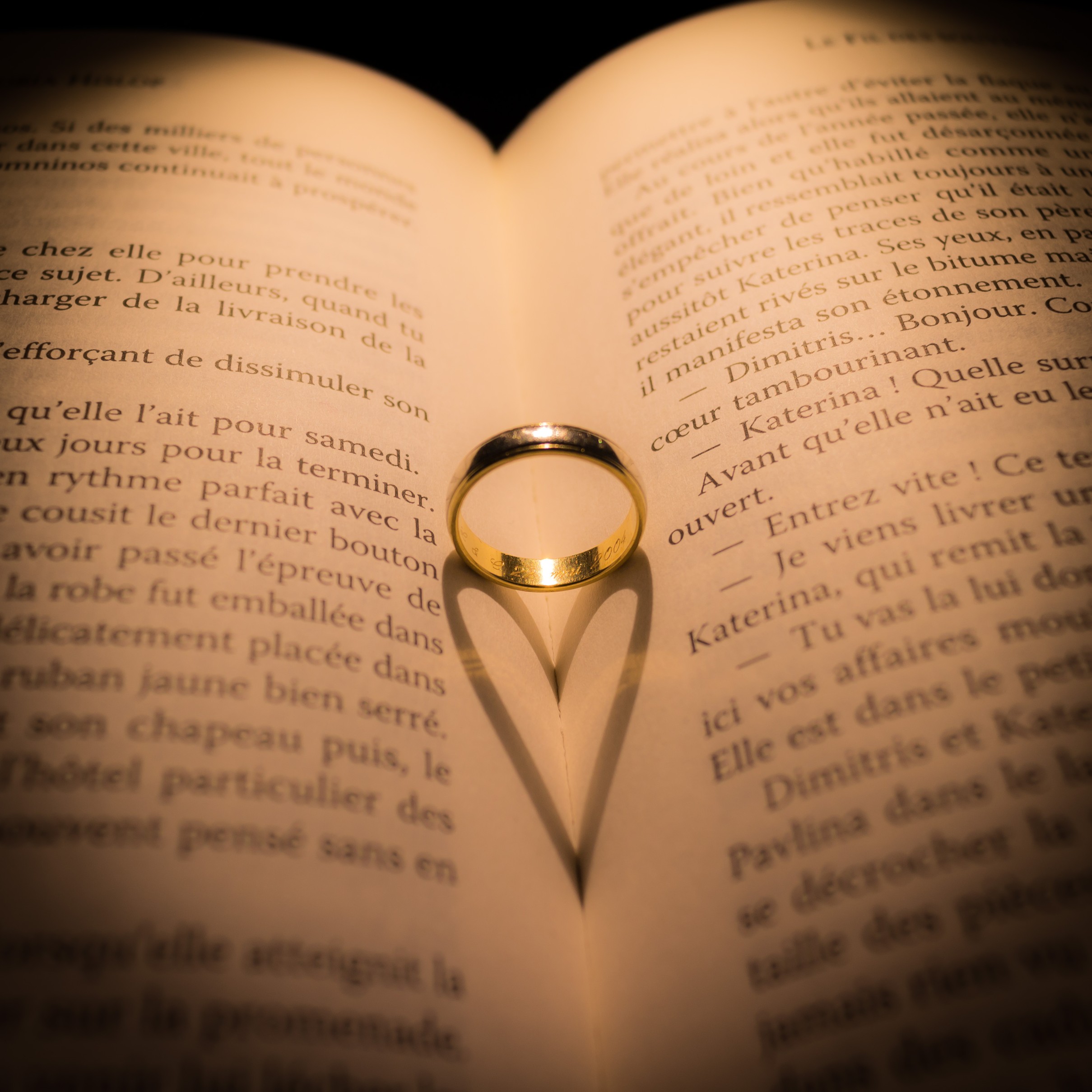 Marriage is hard. If you’re married, you probably already know that to be true. No matter how much you love your spouse, the concept of two people becoming one flesh (Gen 2:24) involves a great deal of personal sacrifice. Now, saying that marriage is hard does not mean that marriage is impossible. While there are thousands of books on the market, many of which can be used as tools for building a successful marriage, the Bible spends a great deal of time discussing ways to build a Godly marriage. Once we understand and embrace God’s plan for a Biblically based marriage, we can become the husband or wife that God has called us to be.

While there was no wedding chapel in the Garden of Eden, we can look back at the world’s first couple to get a better understanding of how passionate God is about marriage. After God had spoken the sun and moon, waters, grass, animals and more into existence, He took the time to form man out of the dust of the Earth (Gen 2:7). Shortly after God breathed life into Adam’s lungs, he realized something:

Genesis 2:18 (ESV)
Then the Lord God said, “It is not good that the man should be alone; I will make him a helper fit for him.”

After God made everything, He declared that it was good. It wasn’t until He created Adam, the world’s first bachelor, that He said something wasn’t good. God viewed Adam’s single status as a bad thing and quickly saw the need for Adam to have a partner and created Eve. While it’s easy to skim over these verses because we’re so familiar with them, it is important to note how quickly God created the institution of marriage. Long before God created the church, God created the family.

Understanding God’s design for marriage is one of the most hotly debated topics in the Bible. But why? The amount of debate that surrounds the topic speaks to our own human nature. Humans are naturally wired to focus on their own needs. If you are a parent, you don’t have to look beyond your own children to recognize the fact that we are born as self-centered beings. Your baby didn’t care if you had barely slept; when he or she was hungry, you were awakened by screams. Your baby didn’t care that you were trying to get things done around the house. When he or she needed something, your plans were interrupted by dirty diapers, discomfort and any number of other issues. Clearly, we understand this behavior because babies are unable to care for themselves, but it speaks to the natural human nature to put our own needs first.

Even though we grow and mature and realize that everything isn’t about us, many people struggle in marriage because our natural tendency is to care for our own needs. However, God outlined how a marriage is supposed to work, and none of it involves putting ourselves first.

Many people falsely believe that the Bible teaches that men are superior to women in marriage. This had led to many men abusing their role as “the head of the house” and women frequently acting in rebellion against this concept. However, God’s design for marriage shows the two acting as a team with both members being equal.

These verses totally destroy the concept that God views husbands as superior to their wives or wives as reigning supreme over their husband. In fact, they prove that God designed each spouse to need the other one. Godly marriage is a beautiful symbiotic relationship. Both partners bring something into the equation that the other partner doesn’t possess to create a marriage that operates the way God intended it to.

Paul addresses God’s design for marriage again, this time in the Book of Ephesians

Ephesians 5:22 (TPT)
For wives, this means being devoted to your husbands like you are tenderly devoted to the Lord,

Ephesians 5:25 (TPT)
And to the husbands, you are to demonstrate love for your wives with the same devotion that Christ demonstrated to us, his bride. For he died for us sacrificing himself.

Once again, Scripture destroys the idea that one spouse is superior to the other. Instead, Paul paints the picture of two partners who are irretrievably in love with one another. Wives are supposed to be “tenderly devoted” to their husbands just like they are to the Lord. While many people have misused this verse as a means for husbands to gain some sort of “upper hand” over their wives, that is the exact opposite of God’s idea for marriage. Husbands are supposed to offer the same sort of sacrificial love that Christ showed to His bride, the church.

When both partners are committed to loving one another the way that God says to, marriage becomes significantly easier. Why? Because loving your spouse like Christ loves us means that we do not look for ways to establish our authority; we look for ways to express our love. Being devoted to our spouse like we are devoted to the Lord does not create an atmosphere of inferiority; it creates a feeling of confidence and completion. That is at the heart of God’s design for marriage.

1 Corinthians 13 is often referred to as “The Love Chapter” in the Bible. In this passage, Paul outlines exactly what real, Godly love looks like:

1 Corinthians 13:4-8 (ESV)
Love is patient and kind; love does not envy or boast; it is not arrogant or rude. It does not insist on its own way; it is not irritable or resentful; it does not rejoice at wrongdoing, but rejoices with the truth. Love bears all things, believes all things, hopes all things, endures all things. Love never ends…

Becoming a Godly spouse involves a great deal of self-examination. To begin, see if you can put your name in place of the word “love” in those verses. Am I patient and kind? Do I envy or boast? Am I arrogant or rude? Go down the list and see how many of those attributes of love apply to you and begin working on the parts that don’t. Brace yourself; this process won’t be easy. In fact, you may find yourself pretty uncomfortable with many of your answers. Having said that, honest examination of yourself can lead to your becoming a better spouse.

God is passionate about love and marriage. In fact, out of all the gifts that He gave us, love is seen as the most desirable.

1 Corinthians 13:13 (ESV)
So now faith, hope and love abide, these three; but the greatest of these is love.

To become a Godly spouse, you should seek to become the embodiment of love. Even when our faith is weak, love can be strong. Even when the situation seems hopeless, love can provide a great deal of comfort. The Bible teaches us that “God is love” (1 John 4:8). Once we begin to embody the principles of love outlined in 1 Corinthians 13, we become even more Christlike towards our spouse.

A Closing Prayer
God, I thank You for my spouse. I’m thankful that You chose him/her as the person I would spend my life with. I ask You to make me a better spouse. You gave me a clear outline of my role in this marriage, and I want to be the physical embodiment of Your love for humanity to my partner. Lord, help me to change my attitude, my behaviors and my priorities so I can provide the things that I’m responsible for bringing to my marriage. I want to love like You. In Christ’s name I pray, Amen.