Look upon the Abundance and Give Thanks for God’s Provision 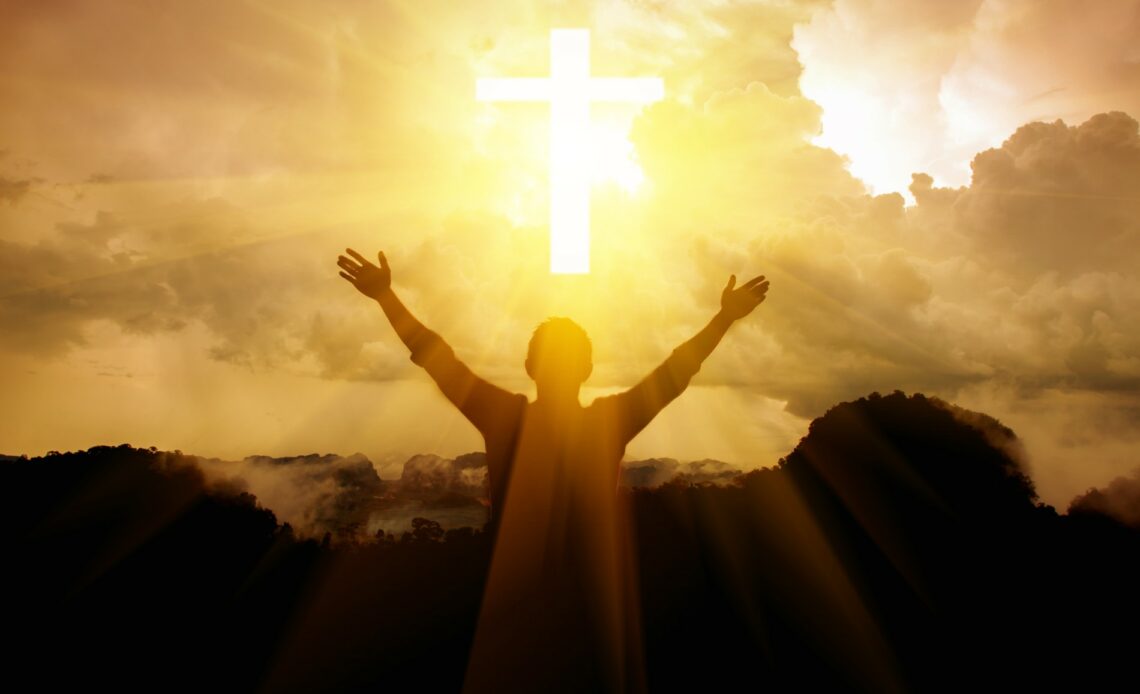 Thanksgiving is a time in which the people of God must give thanks to the Lord for the abundance that God has provided. The Christian must take note of the special care that God gives to His children, and he must seek to bless the Lord as a result. God deserves thanksgiving for all that He has done and continues to do. One need look no further than God’s giving of His Son. The believer is blessed in the Beloved, and thanksgiving should overflow from his heart on a daily basis.

“When thou hast eaten and are full”

In this verse, we can see God’s providential care for His children. Solomon took note of the fact that he had never seen the righteous beg for bread. God desired to take care of the Israelites, and as long as they sought to honor the Lord and walk humbly before Him, that is exactly what took place.

“then thou shalt bless the Lord”

God then told His people what they were to do after they would eat and be full: They were to bless the Lord. This Thanksgiving, the Christian must recognize that the food that he has in front of him is from God. It is right and proper to look upon the abundance that man has and to bless the Lord as a result.

God desired that the Israelites would take note of what the Lord had given them. This was not simply because God desired to be praised. God’s glory is never separate from the good of the Christian. God’s glory and the good of the Christian go hand-in-hand. Scripture says, “Lest when thou hast eaten and are full… Then thine heart be lifted up, thou forget the Lord thy God…” (Deut. 8:12, 14) . God knew that if His people did not bless the Lord and give thanks to God, their hearts would be lifted up and they would forget the Lord.

The same phenomenon can be seen in Romans chapter 1. Paul tells us of an ungodly people who incurred the wrath of God. But what was specifically said about this people? Romans 1:21 tells us of a people who knew God but did not honor God or give thanks to God. The question must be asked, “What happened to them as a result?” The Bible tells us that their hearts became dark and their thinking became futile. There was no remembrance of God.

God gives a simple yet good reminder of why we ought to bless the Lord. He first gave this reminder to the Israelites, but here we see it trickling down to us. God told the Israelites that they were to give thanks to the Lord “thy God.” There must be more than a simple recognition of God in the life of the Christian. The Christian must embrace God personally and declare that God is his God. This is not to say that the Christian can make God, God. God is God despite someone embracing Him as God.

However, it is not inaccurate to say that God must be declared to be God within the heart of man. Many years prior to Moses and the Israelites, there lived a man name Jacob. Jacob was the grandson of Abraham, and he was known for being rather conniving. After Jacob stole the blessing and the birthright from Esau, he was sent away to Paddan-aram.

Along the way, Jacob had a dream that is recorded in the Bible. The dream consisted of Jacob’s being told by God that he would receive blessings from the Lord and be given the land on which he was asleep. Not only that, but God would also multiply Jacob’s offspring, and in his offspring, the whole earth would be blessed. Finally, God promised that He would bring Jacob back to the land and that He would be with Jacob wherever he went.

Why is all this important? When Jacob woke from his dream, he declared that he had met with God. Jacob vowed that if God would be with him, keep him in his sojourning, provide food and clothing for him, and bring him back to his father’s house, then God would be his God, as well.

“for the good land which he hath given thee”

There were some unique parallels between the story of Israelites and that of Jacob. We see in the verse above that God desired that the Israelites would give Him thanks for the good land which He would give them. In Jacob’s dream, there was much said about land, as well. The land upon which Jacob fell asleep was the Promised Land. It was that land that God told Jacob He would give to him and to his offspring.

God will surely make good on His promises, and in this truth, we find yet another reason for giving thanks to the Lord. God cannot lie, and thus God is true to His Word. What God has said, He will do, and on that rock, the Christian takes his stand.

“Beware that thou forget not the Lord thy God”

Nevertheless, there is a great danger that accompanies the abundance that God gives. Oftentimes, blessing is accompanied by great temptation. This is not to say that God does the tempting, for God cannot tempt man because He is absolutely holy. However, man’s heart is prone to sin and often drawn away to the gifts rather than the Giver.

God desires to bless His children, but God also knows what that may bring. God was concerned that when He blessed the Israelites, they would forget God. God’s concern is eventually played out throughout the Old Testament as the Israelites do, in fact, forget their God. Let us never forget God’s instruction of giving thanks so that we do not forget the God Who has so richly supplied.

While God was concerned that the people not give thanks, thereby committing a sin of omission, God was also concerned that their forgetting would manifest itself in sins of commission, thus breaking God’s commands. For those who do not know the difference, sins of commission are sins that people commit because of what they do (i.e., lying, stealing, etc.). On the other hand, sins of omission are sins that people are guilty of because they do not do something (i.e., not giving thanks to God and praising the Lord).

But here we see that God was concerned with His people’s breaking His commands because they received much blessing. This Thanksgiving, take some time to reflect on God’s warning. Give thanks to the Lord and remember His holy name.

Father, I thank You for the abundance that You have given me. You are a gracious God, and I am an undeserving servant. In Jesus’ name, Amen.

Bless the Lord Deut. 8:12 Give Thanks
124
0
Share
We use cookies on our website to give you the most relevant experience by remembering your preferences and repeat visits. By clicking “Accept”, you consent to the use of ALL the cookies.
Do not sell my personal information.
Cookie settingsACCEPT
Manage consent