My Mother’s Rose Bush – Making Something Beautiful Out of Nothing 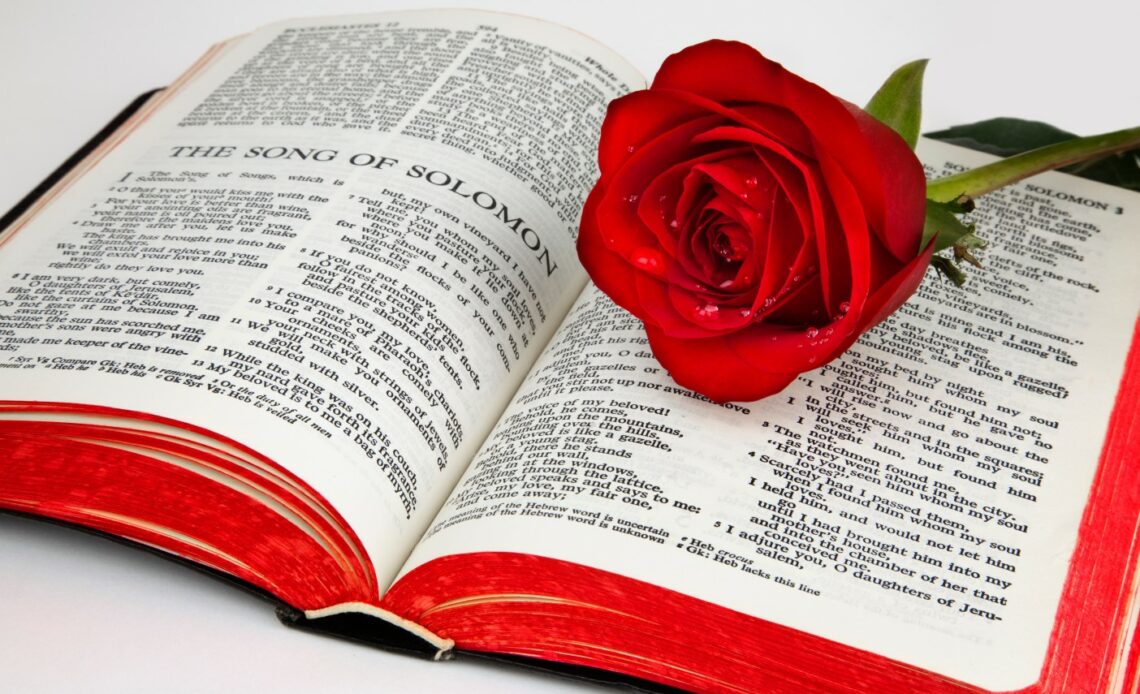 Do you have any fond childhood memories that stick out more than others? My mother was a hard worker, and she never waited for my dad to do anything. She believed that a woman could do whatever she wanted, from fixing the sweeper to changing the wiper blades on her car. However, when we moved into our new house, she met her match with an old bush that she refused to give up.

We moved into a house one spring, and the yard was massive. I remember a lot of weeds and things growing wildly. What I remember most is this old rose bush at the front of the home near the sidewalk.

My father wanted to pull the thing out because it was an eyesore and dead, but my mother wouldn’t hear of it. She said, “Watch and see; it will be prize-worthy.” I don’t know what she saw in that old bush, but it would not be salvaged.

It was nothing but a pile of branches. My sister and brother agreed that it needed to go, but mom wouldn’t hear of it. Every day when she watered her plants, she went out to the rose bush.

She would talk to it, clip some of the dead away, and feed it some plant food. She spent so much time with this rose bush that we genuinely thought she was just bored and needed a hobby. This went on for months.

If we couldn’t find mom, it was because she was out tending to the flowers, specifically the dead bush. I remember one-day dad got mad because she was still messing with it. Now, true, by this time, she had a few leaves on the plant, but it wasn’t anything worth getting excited over.

He told her he had enough, and the rose bush had to go. She just smiled, looked him in the eye, and said, “Watch and see; it will be prize-worthy.” Apparently, she was on a mission to bring this thing back to life, but I didn’t understand the urgency to fix it.

A Rose Among Thorns

My mother had a horrible childhood, and she grew up in a home with much abuse. It wasn’t because of her parents, but because her brothers were alcoholics. They made her life quite traumatic, as they were quite a bit older than her.

They lived in a tiny garage with seven children and her two parents at one point. Their couch was propped up on bricks, and they didn’t have running water. Times were indeed hard for my mom, but she was a woman of faith, even from an early age.

Outside of the garage where they lived, there was a tiny knockout rose bush that she tended to. It wasn’t dead like the one at our home, but it wasn’t in the best shape either. She found solace in watching it grow and blossom, and she felt it was a way to keep her sanity amongst all the confusion.

She would go out to the rosebush and pray for God to help her get through this horrible storm. She would quote scripture and cry from her hurting heart. It became the one spot she could seek refuge when things were so bad inside.

When she told me this story, I cried with her. She didn’t talk much about her past, only that God delivered her from it. I now knew the connection and why saving this rose bush was so important to her. The next day when she went to tend to the rose bush, I went with her.

About a month had passed since I started going to the bush with mom. She would sit out there and talk to God each day while pruning away the plant. Many people would have long given up on this bush by now, but not mom, as she was an incredible woman of faith.

One day, I was late coming to the bush to help her. I saw her wiping tears from her eyes as she prayed. I heard her say, “Lord, make something beautiful of this bush like you did with my life.”

It was just an old bush, and a new one could have replaced it. However, it had sentimental ties since it was like the one outside her home all those years ago. I found myself asking God for a miracle that night and for him just to let that rose bush bloom for my momma.

My sister came into the house from riding her bike a few days later. She was screaming with excitement. There were four rose buds on the bush, and it was about to bloom.

I wish I had a picture of my mother’s face that day, as it was as if someone had handed her a million-dollar prize. My father wanted to haul this plan to the trash, and now it was blooming with life.

That old bush was in full bloom the following year, and it was grand. It was fragrant and stunning to all the people that drove by our busy street. I was so proud of my mom, as she didn’t give up on this plant even when it all seemed hopeless.

The local newspaper took a picture and printed my mom’s story one year. Even the local photographer noticed the stunning change as it was hard to miss. The article’s headline said, “Local Mom Turns Rose Bush into a Blooming Miracle.”

For the six years that we rented this home, every year, the bush bloomed. It was so full of life that it had grown beyond its bounds and was undoubtedly picture worthy. Mom would never let dad cut on it, as she said it was perfect just the way it was.

I still have the picture and the newspaper article from this diamond in the rough. It means more to me than any amount of money.

My mother passed two years ago. I have so many stories and beautiful memories of her that I cherish. I was having a particularly down day and wanted to drive by our old home.

The house was more than two hours from my current residence, but I made the trip. I wanted to see that rose bush in bloom one more time, as I thought it would make me feel closer to her. I pulled into the driveway of the home that was now for sale, and the rosebush was gone.

For ten minutes, I sat in my car and sobbed. I asked God to give me the determination, love, and compassion for life that my mother had. I still can’t get over her passing, and it grips my heart more every day. I am thankful for the time I spent with her and for all the blessings she gave to my life.

Her heart gave out, and she was never the same after they put a pacemaker in her. I take comfort knowing that she is resting with the Heavenly Father and looking down. I am comforted by the scripture in Revelation 21:4 that states there will be no more death, crying, or sorrow when I get there.

You Will Bloom Again

It may seem like your life is not going in the direction you want. Others may see you on the outside and think you’re finished. It may appear that life has taken its last punch and knocked the wind out of you but hold on!

I want to tell you that it doesn’t matter what has come your way; there’s still life inside you. You may not spring back overnight like that old rose bush, but you will bloom again.

The storm that came to destroy you is what God will use to raise you up and make you stronger. Life isn’t always fair, and there are sometimes that you think you can’t go another mile, but there’s a fire inside that is waiting to be rekindled.

A Prayer for Restoration

Dear Lord, I know that I am down, and I’ve been down so much I wonder if I will ever get back up. I am thankful that you know my innermost thoughts and my heart’s desire. You’re my only hope and my salvation, and I trust in thee.

I’ve suffered heartbreak, tragedies, financial woes, and friend loss, but I still have breath in my body. Your Word in Proverbs 6:31 says that you will restore unto me seven times greater than what the devil stole from me, so I’m ready for it to manifest. Lord, give me back my joy, peace, love, and desire to keep going. Amen

Did you find this content useful? Feel free to bookmark or to post to your timeline for reference later!

Amen bible Christ Christian Faith God Holy Spirit Jesus Prayer Prayers
1020
64
Share
We use cookies on our website to give you the most relevant experience by remembering your preferences and repeat visits. By clicking “Accept”, you consent to the use of ALL the cookies.
Do not sell my personal information.
Cookie settingsACCEPT
Manage consent