Praying Impossible Prayers: How to Have the Audacity to Ask 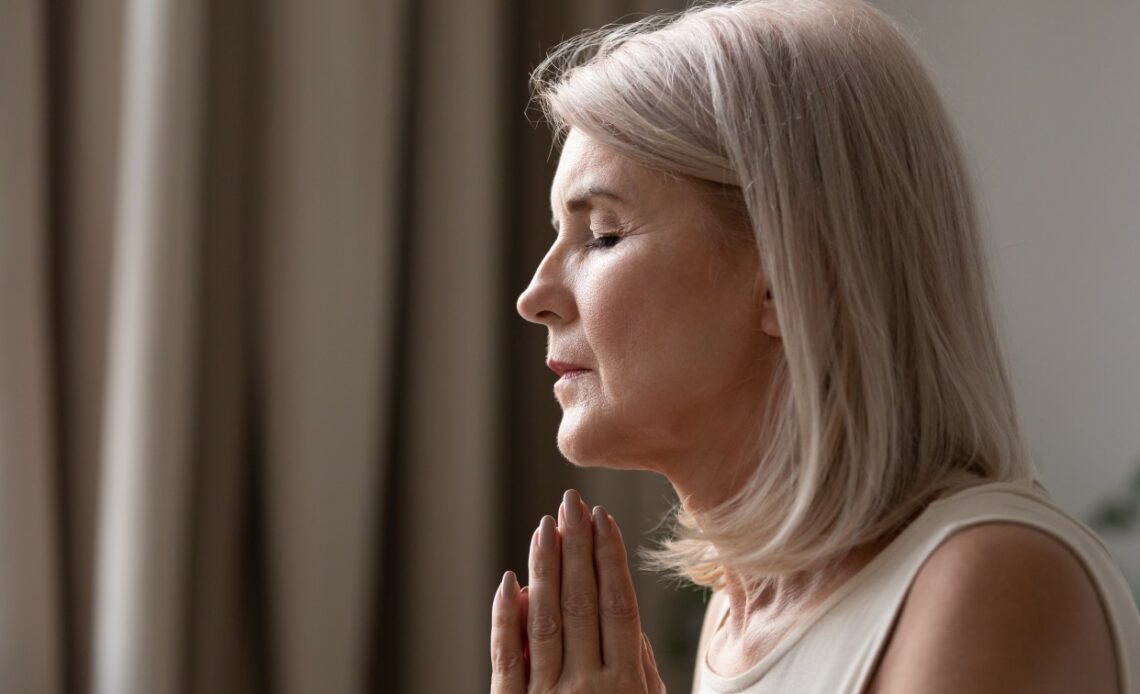 I remember the first time I asked God to do something that seemed impossible. My wife and I were married while we were in college, and quickly realized that while “living on love” might make a fine title for a country and western song, it was really hard to pay the bills. Thanks in large part to help from our families and some financial frugality, we managed to get through. Soon after graduation, the process of applying for jobs started. We both majored in areas that were conducive to a long-term career, so when it came time to start the rest of our lives, we were ecstatic.

I got called into an interview with a company that I was really hoping to work for. I had spent hours pouring over my resume, but I’ll admit, I was a little hopeless when I sent it in. That feeling of hopelessness grew on the day of the interview. As I waited outside in the waiting area, I quickly realized that I was the youngest guy in the room. The small talk with the other candidates was our way of sizing one another up. While I had a shiny new degree and a great deal of enthusiasm about the field, these men had experience, and lots of it.

I went through the interview, gave it my best, and walked out of the building feeling absolutely defeated. Surely, a firm of this magnitude would want to hire someone who had been there and done that before. On the drive home, I went over the interview in my mind and thought a lot about how horribly I knew I had done. By the time I pulled in at our apartment complex, all hope was lost.

“How did it go?!” My wife came bounding across our tiny apartment and greeted me with a hug. “That was awful. There were five other guys in there, and all of them have been doing this for years. There’s no way I’m getting this job.” With that, I opened the same laptop that I had used to get through college and started searching for other companies who may hire a rookie like me.

“Have you prayed about it yet?” The words from my wife hit me like a ton of bricks. This is the part where I should tell you that I had a grand spiritual epiphany, fell to my knees, asked God to get me the job, and started planning what I was going to wear on my first day. In the name of total honesty, none of that happened.

Instead, I offered her a generous chuckle and said something along the lines of, “Honey, if God was going to give me that job, He probably should have had all of those other guys stay home today.” She was persistent. She reached over and closed my laptop and told me that we were going to pray. I wasn’t in the mood for prayer, I needed to find a job so I could get us out of this tiny apartment in a sketchy part of town. Before I could put up a resistance, she grabbed my hand and started praying. She didn’t hold back. Looking back, I’m pretty sure that she even told God that I may not be the most qualified person for the job (thanks a lot, dear).

Over the course of the next couple days, I did give in and started praying. I’m not sure that I called myself unqualified for the job, but I did acknowledge to God that this seemed impossible to me. It took a while, but a little more than a week after what I considered a disastrous interview, I got a phone call from the head of the hiring committee. “We’d like to offer you the position.”

If you’ve ever been on the receiving end of one of those calls, you know how difficult it can be to hide your excitement. I gave a very professional, “Yes, mam. Thank you. I can’t wait to get started,” and hung up the phone.

What I had considered impossible, God made a reality. Why? Because my wife (and eventually I joined her) had the audacity to ask for something that seemed impossible. We didn’t do anything revolutionary. Instead, we did something that God’s people have been doing for thousands of years. Do you have an impossible situation in your life? Let this story from Scripture give you some hope.

Before we get into some of the specifics of this story, allow me to set up the scene. Joshua had been hand-chosen by God to replace Moses after his death. As the new leader of Israel, Joshua clearly had some big shoes to fill. Soon after his ascension to authority, Joshua received word from the King of Gibeon that they were being attacked by multiple nations. Joshua quickly sprang into action and took his troops to the aid of Gibeon.

The element of this story that seems impossible doesn’t even start at Joshua’s prayer that we’re going to look at in a moment. On the surface, this battle seemed impossible. Joshua and his untrained group of “soldiers” went to the tiny nation of Gibeon and committed themselves to help them fight off the five kings of the Amorites, the king of Jerusalem, the king of Hebron, Jarmuth, Lachish, and Eglon. In a nine on two battle, the chances of the two winning aren’t good.

However, when God is on the side of the underdog, the underdog quickly becomes the favorite. It made things even easier when Israel and Gibeon didn’t have to do much in the battle:

Joshua 10:11 (ESV)
And as they fled before Israel, the Lord threw down large stones from heaven on them as far as Azekah, and they died. There were more who died because of the hailstones than the sons of Israel killed with the sword.

Joshua had seen this kind of thing before. There are multiple instances during Israel’s wilderness journey where God defeated the enemies of Israel. This wasn’t anything new, but it was still certainly miraculous. However, what happened next was truly impossible.

With the sun going down, Joshua knew that he didn’t want to allow the enemy troops to find a reprieve and gather themselves. Afterall, there were still more of them than there were on the side of Israel. If Israel and Gibeon were going to be victorious, it needed to happen that day. Obviously, in these days, it was difficult to engage in war once the sun went down. Without the ability to see your enemy, fighting was impossible. So Joshua mustered up the audacity to ask for something completely unrealistic.

Joshua 10:12 (ESV)
At that time Joshua spoke to the Lord in the day when the Lord gave the Amorites over to the sons of Israel, and he said in the sight of Israel, “Sun, stand still at Gibeon, and moon, in the Valley of Aijalon.”

Joshua asked God to make the sun stand still. You don’t more impossible than that. Anyone who would ask God to literally stop time in its tracks has to be crazy, right? That’s impossible! Not quite.

Joshua 10:13 (ESV)
And the sun stood still, and the moon stopped, until the nation took vengeance on their enemies. Is this not written in the Book of Jashar? The sun stopped in the midst of heaven and did not hurry to set for about a whole day.

A Closing Prayer:
God, You know the situation that I’m facing and how impossible it seems to me. I’m not going to pretend that I know how this is going to work out, but I know that with You, all things are possible. God, please, do the impossible in my life. In Christ’s name, Amen.