Religion vs. Relationship: What Does God Want with Me? 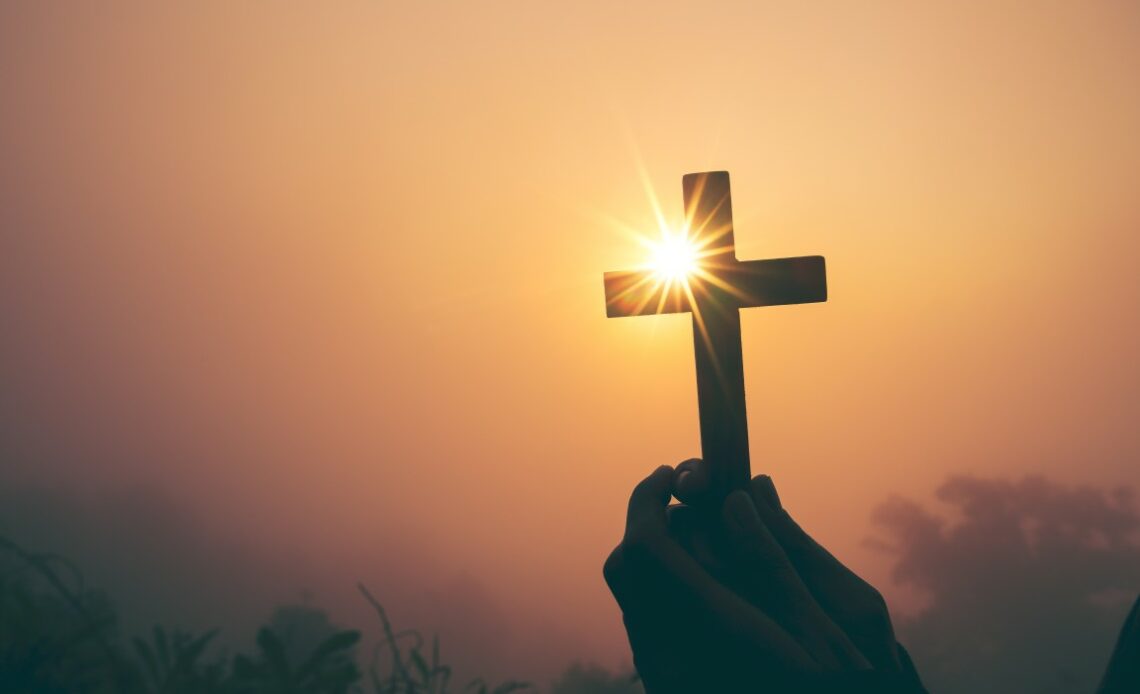 Obviously, Christianity is considered a religion, but as followers of Christ, we understand that it is so much more than that. While many world religions are a rigorous set of rules and regulations that people commit to in their attempt to earn the approval of their god of choice, we understand that Christianity is about a loving God who wants to have an intimate relationship with all of us. Understanding the differences in religion and relationship can help you better appreciate what God wants with you.

According to recent studies, around 58% of Americans say that they believe in God, while another 10% (for a total of 68%) consider themselves to be religious. However, the idea of “being religious” is a largely vague term that does nothing to truly examine the heart of the Christian faith. As followers of Christ, we have embraced the fact that God wants to have an intimate relationship with each of us. While religion is largely considered humanity’s attempt to work toward a relationship with the divine, Christianity is based on a relationship between the divine and humanity.

You see, God already had a Son. The Bible teaches us that Jesus was with God the Father at the very dawn of creation (John 1:1-3). However, in addition to the Son that He had, God wanted a family. That’s where we come in.

John 3:16, the most quoted Scripture in the entire Bible illustrates the determination that God exhibited in His quest for a family. He gave the very best that He had to offer in a relentless pursuit of you. So, what is your faith based on? A religion or a relationship?

Colossians 2:6-8 (ESV)
Therefore, as you received Christ Jesus the Lord, so walk in him, rooted and built up in him and established in the faith, just as you were taught, abounding in thanksgiving. See to it that no one takes you captive by philosophy and empty deceit, according to human tradition, according to the elemental spirits of the world, and not according to Christ.

Many people fall into the trap of religion through the best of intentions. The importance of these verses isn’t found in some sort of license to rebel against religious traditions. Instead, the freedom that Paul offered to the Colossian Church was found in the fact that the fullness of their relationship with God was based on what Christ had done for them.

Contrary to popular belief, everything that pertains to religion isn’t bad. It’s important that you connect to a local body of believers and listen to the Biblical teaching and preaching of leaders who God has called to those positions. It’s crucial that you spend time every day reading your Bible and praying, as these acts are our way of communicating with God and allowing Him to communicate back to us.

The issues of religious tradition surround the “empty deceit” and “human tradition” that often comes into play. Sometimes people are well-meaning with their traditions, while there are situations where men and women manipulate others in the name of religion to illicit a certain behavior. As children of God, it’s up to us to recognize the difference and only hold fast to the things that God tells us to do.

There is nothing that you could ever do to earn your salvation. God is not sitting on His throne in Heaven watching every move you make, checking things off of a divine to-do list, waiting for you to perform enough religious acts to earn His grace. Instead, His grace is the source of Your relationship with Him. It’s not through some rules that anyone has made. It’s simply because He loves you and wants to have a relationship with you.

Freeing Yourself from Fear

2 Timothy 1:7 (TPT)
For God ill never give you the spirit of dear, but the Holy Spirit who gives you mighty power, love, and self-control.

One of the most dangerous aspects of a religion-based approach to God is fear. Now, before we get too far into this, we should probably address the parts of the Bible that talk about how important it is that we have a fear of God. In Proverbs 9:10, Solomon wrote that the fear of God is the beginning of wisdom. In Ecclesiastes 12:13, Solomon again visited the topic of fearing God when he said that the entire duty of humanity is to fear God and keep his commandments.

However, the word “fear” as used in these verses isn’t about walking around with our stomachs tied in knots, waiting for God to take us out for our first misstep. Instead, the kind of fear that Solomon discussed was a reverence and a worship. The kind of fear that Solomon says we should have is a recognition of how supreme God is and how fortunate we are that He would choose to have a relationship with us.

When you take a religion-first approach to God, it becomes easy to be afraid that He’s going to end the relationship you have with him at any time. People who think their walk with God is nothing more than a religion are left to worry about every misstep, because God could decide that the broke the rules too many times, and now He’s done with them. That’s not relationship.

Take a moment and think about this fact. There is nothing you can do to make God love you any more or any less than He does right now. His love for you is unchanging and secure. With that in mind, you don’t have to experience the spirit of fear. Instead, you have been given the Holy Spirit, who gives you power, love, and self-control.

Religion produces fear, because we’re worried about breaking a rule and receiving punishment. That sort of approach to God brings about the same kind of feelings that you may have had when you got called to the principal’s office in school. That’s not what God wants with you.

Freeing Yourself from Obligation

Jesus spoke these words to His disciples, and they’re just as applicable to us. If you just take a cursory glance at these words, it seems like we have to do what God says because we’re in a relationship with Him. However, that’s not the case. Instead, we keep His commandments because we love Him. And the Bible says that we love Him because He first loved us (1 John 4:19).

If you’re married, you already have a working knowledge of how this works. Obviously, there are things you did when you were single that you don’t do now. For instance, on the day that you stood in front of your friends and family members and exchanged vows with your current spouse, you gave up the flirtatious behavior that you may have exhibited when you were looking for a partner.

That basis is the same reason that prompts us to keep his commandments. We don’t stop sinning just because we’re scared of making God mad. Instead, we’ve forsaken our sinful behaviors because we know that He loves us, we love Him, and we want to cherish that relationship.

God, thank You for wanting to have a relationship with me. I know that Your plan for me is not one that involves a fearful religion-based approach where you’re likely to turn Your back on me. Instead, You want a relationship with me, and I’m thankful for that. Help me to remember that fact and to live a life that reflects that relationship to others. In Christ’s name, Amen.