Speaking Out in Boldness for the Glory of God 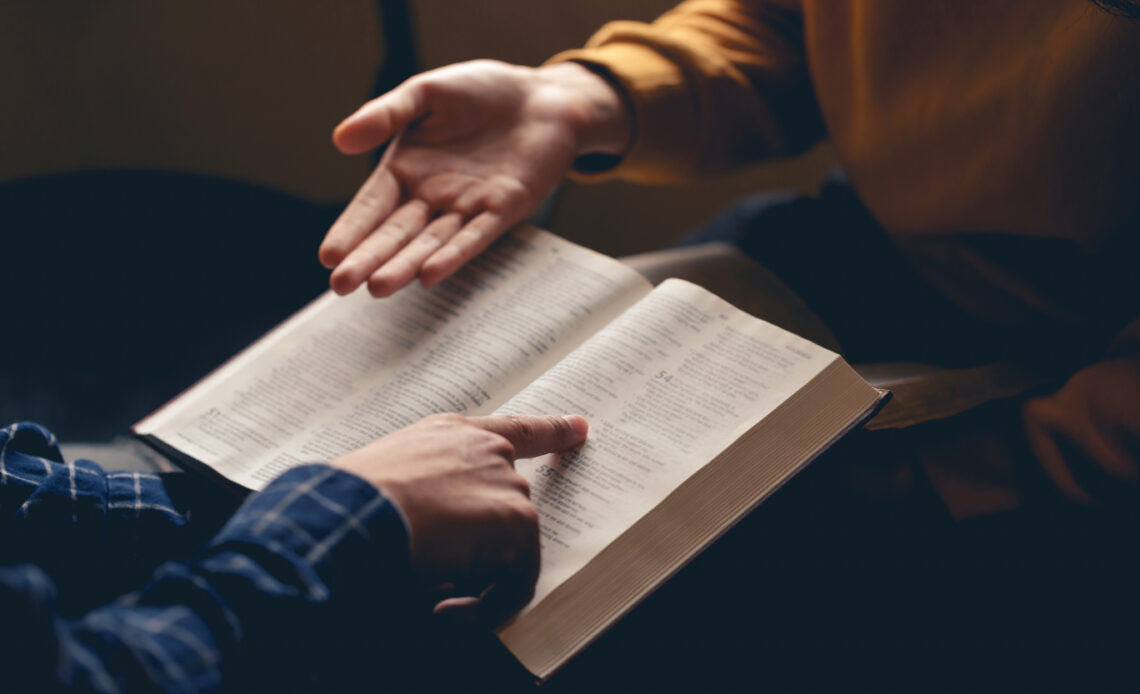 “This is the stone which was set at nought of you builders, which is become the head of the corner. Neither is there salvation in any other: for there is none other name under heaven given among men, whereby we must be saved” (KJV, Acts 4:11-12).

“This is the stone which was set at nought”

Jesus Christ is the central focus of the whole of Scripture. While He is not seen as clearly in the Old Testament as He is in the New Testament, all of Scripture points to Him in one form or fashion. In the book of Acts, the apostles can be seen as proclaiming the name of Christ boldly and without reservation. Despite the fact that Peter had caved slightly prior to the events recorded in much of the beginning of the book of Acts, Peter can still be seen as a pillar of New Testament teaching, and his example is surely one to emulate.

In Acts 4:5-12, Peter and John were in the custody of the Jews. Acts 5 tells us that Peter and John were placed before certain individuals, such as Annas and Caiaphas. Along with this fact, Peter and John were said to be standing before rulers, elders, and scribes. It was in the midst of this challenging situation that the Spirit of God rushed upon Peter, and Peter became filled with the Holy Spirit.

The events that occurred in Acts 4:5-12 would have come as no surprise to Peter and John, for Christ had foretold events such as these in the Gospels. Jesus had said, “But beware of men: for they will deliver you up to the councils, and they will scourge you in their synagogues; and ye shall be brought before governors and kings for my sake… But when they deliver you up, take no thought how or what ye shall speak: for it shall be given you in that same hour what ye shall speak” (Matt. 10:17-19) .

As a result, Christ’s words were fulfilled: The Holy Spirit came upon Peter, and Peter was given the words to speak in that present moment. Peter opened his mouth and declared that Jesus was the stone that the builders rejected.

Peter started his analogy by speaking of Jesus as the stone that the builders rejected. Here, one can see a picture of people building a house. In the past, various stones were gathered that were deemed to be valuable or usable in the building process. Stones that were used for building would either be placed upon the foundation one by one, or they would be put aside for a better time for use.

However, there were also certain stones that were rejected or discarded and which found no place in the building process. Jesus was likened to one of these stones. He was the rejected Messiah and deemed worthless by the general population of the Jews.

As Peter continued with his analogy, he spoke rather pointedly. He spoke in a way that is needed in the present time period. Peter directed his attention to his listeners. He did not say, “People like you have done this and that!” He did not say, “Some people have done a terrible thing!” Instead, Peter directed his attention toward his listeners. He basically called them out by name. He said “You builders have rejected Christ!”

These builders were responsible for building the house of God. This is reminiscent of those during the days of Solomon who were called to build a house for the Lord. However, unlike the people of Solomon’s day who honored the Lord in their building, the people of Christ’s day had diverted from the path tremendously.

“which is become the head of the corner”

Nevertheless, while the builders had rejected the rock of their salvation, Jesus still became the Chief Cornerstone (or the Head of the corner). This means that Christ became an invaluable stone in the building process. Some think that the stone in reference would have been a capstone, which was a stone that was placed high up on a building, possibly in an arch. However, it is likely that the cornerstone interpretation is more likely. This would place the stone on the foundation. The cornerstone was a large stone that was placed in the corner of a building. It was absolutely essential in the building process.

“Neither is there salvation in any other”

After Peter finished his analogy, he moved to a statement that cannot be overemphasized. There is salvation in no other. There are no gods apart from the God of the Bible. Jesus is the only way to the Father. We are living in a relativistic age in which people denounce truth and absolutes. People have a tendency to be accepting of others to the point of discarding truth in the process.

Truth cannot be relative. Either Jesus is the only way to God, or He is not. The Bible cannot be true, while at the same time something such as Hinduism is also true (or anything else for that matter). Two contradictory statements cannot be true – if, in fact, they truly do contradict one another. There cannot be both many gods and also only one God.

We must accept the fact that absolute truths are real and that truth cannot be relative. Two plus two does not equal ten, nor can it ever. In the same way, the Christian must hold to the truth of God’s Word and proclaim it boldly like Peter. There is no salvation apart from Christ.

“for there is none other name under heaven given among men, whereby we must be saved”

Peter also gave his reasons for his claim about the exclusive nature of salvation. Salvation is not man’s doing. Man did not invent salvation; God did. Thus, salvation is from heaven; it can be deemed heaven-sent. Jesus Christ is the only name under heaven that has been given among mankind whereby man can turn to God and be saved.

The sins of man run deep within the earth. The sins of man run deep within his own heart. But God is a forgiving God; all that is needed is genuine faith that is marked by repentance. Salvation is a free gift, but man must humble himself before his Creator, recognizing that he has sinned before a holy God, and he must turn to God in genuine faith for the forgiveness of sin.

For anyone that may believe that he has done too much wrong to ever be forgiven, he should read about King Manasseh in 2 Chronicles 33. There was no king who had ever done as wickedly as Manasseh. It is said that Manasseh made the people sin worse than the people that God drove out before him. Much is said about the wickedness of this king. But do you know what else is said about him? He humbled himself before God, and God responded to Manasseh’s plea. Thus, Manasseh began to know the Lord. Even Manasseh is in heaven with the Lord right now. There is no reason anyone else cannot turn to the Lord for the forgiveness of sin.

Father, I thank You for the many ways that You have revealed Christ to me. Open my eyes that I might see Him in greater measure. Help me to believe Your Word and to love Christ more. In Jesus’ name, Amen.

Boldness Christian Devotionals Jesus speaking out
517
0
Share
We use cookies on our website to give you the most relevant experience by remembering your preferences and repeat visits. By clicking “Accept”, you consent to the use of ALL the cookies.
Do not sell my personal information.
Cookie settingsACCEPT
Manage consent