Summer Solstice and Seasons Shifts from a Biblical Perspective

June 21st is the summer solstice, which is the longest day of the year in 2022. As of the 22nd, every day will slowly get shorter until the winter solstice occurs, which is December 21st. It’s the separation between spring and summer, as the seasons’ change and the official first day of summer begins. The weather becomes hotter, and all the newness of spring fades away.

There are very few people that don’t like the golden rays of the sun and the warm weather. This time of year is unique as it means family vacations, camping, swimming, having cookouts, and spending time with those you love most. Then, some people think that the best place to be is next to an air conditioner, which isn’t a bad idea when the temperatures are scorching.

Most of these folks probably live in the country’s southern half, where temperatures exceed 100 degrees, and the humidity compounds the miserable heat. It becomes about survival when things are so unbearable.

The Seasons in Scriptures 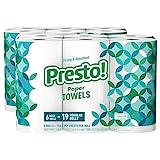 The Bible mentions the seasons in many scriptures. Jesus and His disciples talk about these changes in the weather literally and figuratively. One of the most popular figurative mentions occurs in Matthew 24:32. The Lord told the disciples that they would know the seasons by the trees’ leaves, and He spoke about His second coming.

The disciples were having difficulty with the news of His ascension, as they just got Him back from the tomb. So, Jesus used nature to help them pinpoint when He would return to earth again. While this is one scripture that talks about summer, there are numerous other ones.

Have you ever stopped to consider what the weather was like where Jesus lived? No doubt, they dreaded the summer weather as the average summer temperature can exceed 110 degrees in Jerusalem. They set a record in 2019, with the desert climate reaching over 122 degrees.

It’s no wonder Jesus and the rest of the area’s people wore sandals and lightweight robes, as they needed good airflow to keep cool. Remember, they didn’t have fans, air conditioning, or any electricity to run such devices to brave the heat. What torture it must have been when the seasons changed, and no wonder they spend so much time fishing and down at the Sea of Galilee.

You can be sure there was a lot of swimming when the temperatures warranted, as the water was one way, they had to cool their bodies when nothing else would do. Riding in a boat on the sea would also provide some relief as a refreshing breeze comes off any body of water.

The Variations of Seasons in Israel

It’s interesting to note that the seasons are different in Israel than in America. For instance, their summer season begins at the end of March and runs until October 27th. This is because of the desert climate, and this alters things drastically. They have an average of 215 days of summer, while the United States only has 92.

The Bible also speaks of summer as their harvest season, which doesn’t happen around these areas until September and October. While it likely occurs in the same months, it’s still in the summertime. They go straight from summer to the rainy period, as they don’t have a proper winter.

While it’s technically considered winter, the November – April time of year is unpredictable. They have lots of rain, and their temperatures never dip below 50 degrees. Shockingly, they get a few flurries a couple of times a year, and every 3-4 years, they will get a little snow. However, this is mainly in the mountainous regions, with a different climate at higher elevations.

The Importance of Figs and Summer Harvest

One can assume by reading the Bible that Jesus loved to eat figs, especially considering how many times he talked about them in scripture. From start to finish, the Bible mentions this fruit more than 50 times. It’s also possible that it’s so commonly discussed because figs were a big part of the diet in this Mediterranean community.

Another reference about this fruit is found in Luke 21:29-36. He was talking to the disciples and told them that when the fig tree’s leaves appeared, they knew that summer was near. So, this is another reference where the Lord instructed people to use the leaves on the trees to dictate the seasons or time frames.

They, no doubt, looked forward to summer and the harvest season, as they could have ample olives, melons, corn, wheat, pomegranates, onions, leeks, cucumbers, and barley. People in this region lived on a plant-based diet, and you never hear the Bible talk directly about obesity, but he does mention a glutton and great appetite a few times.

Ironically, the Mediterranean diet is one of the best diets around. It’s known to impact weight loss and heart health and is recommended by many doctors. Jesus showed the importance of good health and eating right and it’s still applicable today.

Some conspiracy theorists say that the seasons will eventually be gone in the end. They go as far as declaring that trees won’t get leaves and the flowers won’t bloom. They talk about snow in the desert and heat waves at the poles of the artic.

While climate changes and global warming have made it hard to tell the difference in the seasons, these doomsday prophecies don’t align with scripture. The Bible is quite clear on this matter.

From the very foundations of the earth, God intended there to be seasons. In Genesis 8:22 , He talks about the hot and cold periods and a time to sow, harvest, and reap. It’s also stated that as long as the earth endures, it will be how He designed it.

Preparing for The Changes Ahead

While summer appears to be fun and games, Jesus spoke in parables about this time of year and the importance of preparing for winter. The ant is a small but mighty insect, and the Lord talks about this bug in Proverbs 30:25. He stated that the ant doesn’t rest just because it’s summer and there’s food aplenty, but they use it as a time to prepare for the winter that’s just around the corner.

While getting caught up in all the fantastic things in the summer is easy, you mustn’t forget that there’s cold weather ahead. You can use this as a parallel to your walk with God. Though it seems like the sun is shining today and everything is going your way, you must prepare for sudden shifts and turns in your path.

Just like your life, winter is harsh and often unpredictable. Jesus ensured His disciples knew what to look for concerning His second coming. In Matthew 24:6, He talked about wars and rumors of wars, and later in that same chapter, the changing seasons. He was warning His beloved bride to be ready.

In Matthew 24:30, He instructs His disciples to be ready because the Son of Man will come on the clouds to judge the people of the earth. While Jesus used seasons a lot to help instruct, the ultimate “season” He talks about is the end of time and the judgment.

Have fun and enjoy your vacations and time outdoors, but makes sure to keep your eyes focused on your eternal prize. The world is changing, and there’s a shift in the land, and these atmospheric moves will soon bring about change as Jesus is coming again for His church.

A Prayer for Summer

Lord, I thank you for the sunshine that wakes me each morning. I thank you for the warm weather that floods the earth. I am also grateful for the teaching You gave me through your holy scriptures. I know things are changing, and just because its summer doesn’t mean I can take my ease in Your kingdom. Help me be ready for Your return to the earth. While I have made a home here, I long for my eternal home in glory. Amen

Amen bible Christ Christian Faith God Holy Spirit Jesus Prayer Prayers summer solstice
569
1
Share
We use cookies on our website to give you the most relevant experience by remembering your preferences and repeat visits. By clicking “Accept”, you consent to the use of ALL the cookies.
Do not sell my personal information.
Cookie settingsACCEPT
Manage consent