3 Principles of Surviving the Spiritual Wilderness 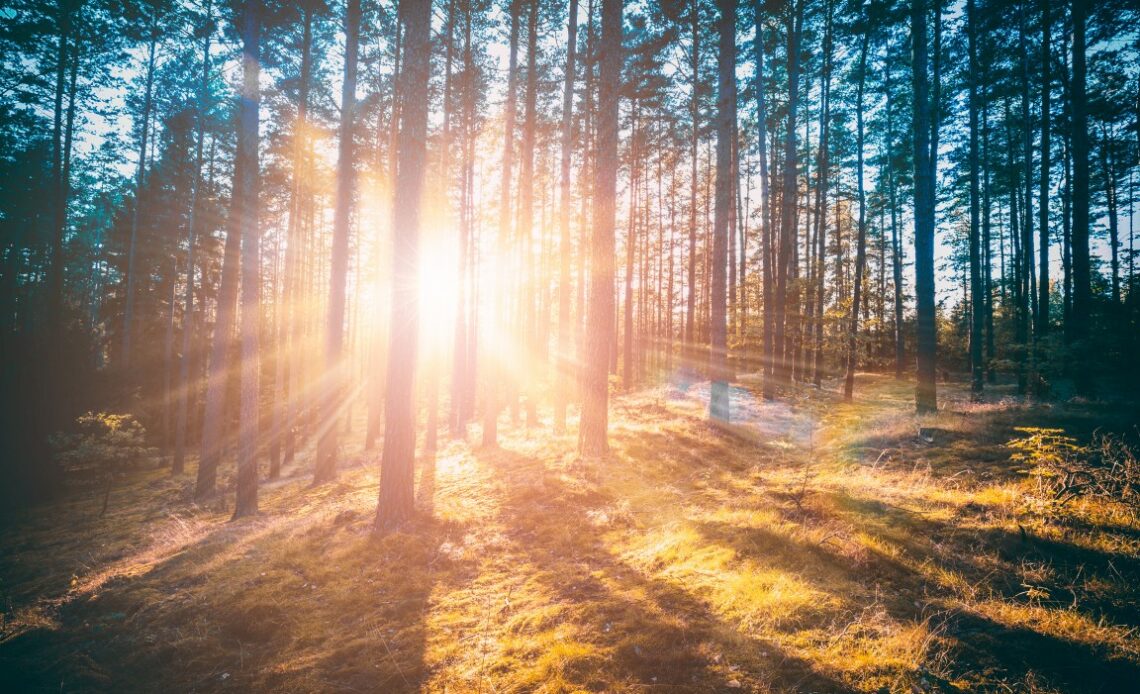 All of us face periods in our lives where we don’t feel like our spiritual journey is going the way that we want it to go. These dry seasons, while not anything that we want to embrace, do provide us with an opportunity to strengthen our relationship with Christ. The principles of surviving a spiritual wilderness aren’t that much different than the wilderness survival principles that survivalists discuss in their walk of life.

Have you ever watched one of those wilderness survival shows? Even if you haven’t watched one of the shows that follow a survival expert through the process of enduring a pre-determined amount of time in a wilderness situation, you may have seen a certain reality TV show in which contestants endure the wild in a cutthroat competition to outlast one another. While the circumstances of these shows may vary, there are a few things that remain the same across the board. Primarily, the elements that the people starring in them look to in order to survive the wilderness.

In the spiritual sense, the wilderness is often used to refer to seasons in our lives where things simply aren’t going the way that we want them to. This comparison is largely drawn from the story of Moses and the children of Israel wandering through the wilderness for 40 years after God had miraculously delivered them from Egyptian bondage. The wilderness served as a difficult place of testing that stood between where Israel was at and where they were going. Our wilderness seasons are largely the same.

It’s important that we learn the lessons God wants us to learn during our time in the wilderness. However, it’s equally important that we learn about some of the keys to wilderness survival. You may never find yourself stranded on a desert island or left to battle your way across the frozen Klondike. However, spiritual wildernesses are a given. Unfortunately, there is no way for us to avoid these seasons where it seems like you’re doing everything possible simply to survive.

Surviving the wildernesses in our spiritual lives isn’t all that different from surviving wildernesses in the natural realm. We can apply some of the same principles of survival that survival experts teach to our own spiritual wildernesses. As is always the case, we can look to Scripture to provide the truths that we need to survive any season of our lives.

Ephesians 5:25-26 (TPT)
And to the husbands, you are to demonstrate love for your wives with the same tender devotion that Christ demonstrated to us, his bride. For he died for us, sacrificing himself to make us holy and pure, cleansing us through the showering of the pure water of the Word of God.

Every survival expert teaches the same basic principle: finding water is the most important part of making it in the wilderness. If you read the story of Moses and the children of Israel navigating their way across the wilderness, one of the first things that they began to look for was water. In a natural sense, the human body can survive several days without food. In fact, there are several variables that come into play that allow some people to go even longer than others without food. Current body weight, metabolism, and other factors can make it possible for some people to go weeks without eating anything. However, science teaches us that the human body has to have water within three days.

However, water doesn’t only sustain life through hydration. Having access to clean water has long been a staple for human life, as it’s necessary to clean wounds and to maintain personal hygiene. It’s no wonder that Paul referred to the Word of God as water.

In the same vein, our spiritual bodies need water to survive. According to Paul, the Word of God serves as a form of water. In his letter to the Ephesian Church, Paul said that we are showered by the pure water of the Word of God. Not only does the Word of God transform us into a “cleaner” version of ourselves, but ingesting the Word of God in the same way that you take in water is vital for survival, especially in the wilderness.

Luke 3:16 (TPT)
But John made it clear by telling them, “There is one coming who is mightier than I. He is supreme. In fact, I’m not worthy of even being his slave. I can only baptize you in this river, but he will baptize you into the Spirit of holiness and into his raging fire.”

Once you’ve found water, survival experts indicate that the second most important thing to do is build a fire. Fire serves a wide variety of purposes, all of which are important to a person’s survival in the wilderness. Obviously, fire is used to keep you warm when you’re in a wilderness situation. However, it goes beyond that. Fire can be used to purify water that may not be fit to drink on its own. Additionally, fire is used to fend away predators who could treat a person as prey in the wilderness.

In the Bible, the Holy Spirit is often represented by fire. In the verse we just read, John the Baptist said that Christ was able to baptize His people in the Holy Spirit and with fire. This fire would serve as the presence of the Holy Spirit.

If you are going to survive the wilderness, you will need the presence of the Holy Spirit. He will lead, guide, and protect you at all times.

Psalm 91:4 (TPT)
His massive arms are wrapped around you, protecting You. You can run under his covering of majesty and hide. His arms of faithfulness are a shield keeping you from harm.

Finally, shelter is one of the most important aspects of surviving in the wilderness. In most areas, the weather can change with little to no warning, meaning that shelter is imperative. In the same vein, shelter can help protect you from the same predators that we just discussed.

In the spiritual realm, shelter is just as important. Fortunately, as one of God’s children, you have access to the greatest shelter that a person could ever need: the presence of God Himself. David knew plenty about wilderness seasons in his life. That’s probably why he discussed the power of God’s shelter so eloquently.

God’s presence serves as the shelter that His people need, especially in the wilderness. You can rest in His presence and His power. No matter how long it feels like you’ve been in the wilderness or how hopeless the situation around you may seem, His arms are wrapped around you, and you are protected. You can run under His covering and hide. His arms of faithfulness serve as a shield that keeps you from harm.

Father, I know that I am in this wilderness season for a purpose. Help me to not only learn what You want me to learn, but to find the source of my survival in You. I know that You are with me, and that You will guide me, nourish me, and protect me. I ask these things in the name of Jesus, Amen.

bible Holy Spirit Prayer Survival Wilderness
19285
34
Share
We use cookies on our website to give you the most relevant experience by remembering your preferences and repeat visits. By clicking “Accept”, you consent to the use of ALL the cookies.
Do not sell my personal information.
Cookie settingsACCEPT
Manage consent