Thanking God for the Inheritance He Has Given 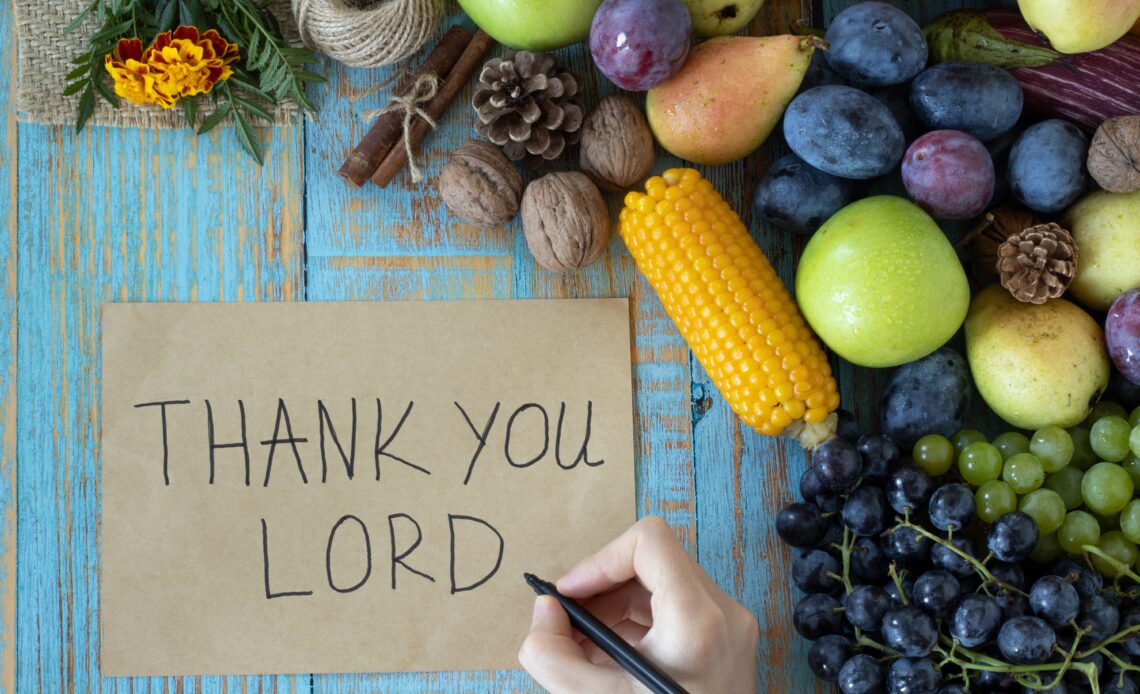 Giving Thanks to the Father for His Divine Act of Redemption

“Giving thanks unto the Father, which hath made us meet to be partakers of the inheritance of the saints in light: Who hath delivered us from the power of darkness, and hath translated us into the kingdom of his dear Son: In whom we have redemption through his blood, even the forgiveness of sins” (KJV, Col. 1:12-14).

“Giving thanks unto the Father”

The fatherhood of God must be central in the heart of the Christian. Here, we see it is to the Father that the Christian must give thanks. God the Father saw fit from eternity past to adopt into His family those that would turn to Christ in saving faith.

When Jesus preached His Sermon on the Mount, He instructed His listeners as to how they ought to pray. In doing so, Jesus showed them the way in which they ought to direct their prayers to the Father. This is not to say that one should never talk to Jesus or to ask something of the Holy Spirit. However, it is to say that the Father should be the primary recipient of the prayers of the Christian. In Colossians 1:12-14, we see that prayers to the Father should consist of giving thanks.

“Who hath delivered us from the power of darkness”

The way in which God has made the Christian fit to partake in the inheritance comes by way of deliverance. Prior to Christ, the unbeliever is held in bondage under the power of darkness. The power of darkness is nothing short of sin and Satan. There are two realms in which a person may find himself. In this verse, we see the first of those two realms. Paul calls the first realm the realm of darkness. It could also be thought of as the realm of sin and/or Satan.

In Luke 4:6, when Satan sought to tempt Jesus with the kingdoms of the world, Satan told Jesus that he would give to Jesus, “All this power,” and that he (Satan) had authority to give it to Jesus or to whomsoever Satan would choose.

In Acts 26:18, we can read the words of Jesus that were said to the apostle Paul. Jesus tells Paul that Paul is being sent to open the eyes of the Gentiles so that the Gentiles would turn from the darkness to the light and from Satan’s power to God. Here, we see what Paul had in mind when he wrote Colossians 1:12-14. Paul would have literally been looking back to the words that he had heard during his conversion.

Finally, Paul tells us in the book of 2 Corinthians that Satan blinds the minds of the unbelievers so that they cannot see and know God. What causes the change? Deliverance causes the change by way of the light of the Gospel.

“and hath translated us into the kingdom of his dear Son”

When God shines the light of the Gospel into the heart of man, He, in essence, delivers them from their bondage. When the eyes of man are opened for the first time, he can truly begin to see God and know God. At salvation, there are many blessings that are poured out into the life of the Christian. One of the startling realties of the Christian is that he has been taken out of the power of darkness and has been translated into the kingdom of Christ.

“In whom we have redemption through his blood”

Here, we see a crucial element of the deliverance that takes place. Paul tells us that the Christian has been delivered. However, Paul tells us here that what took place was a divine act which is properly called redemption.

This means that the unbeliever must be rescued, delivered, and redeemed. The redemption theme runs throughout the Bible. One place in which the redemption theme is on display can be seen surrounding the Israelites’ slavery in Egypt. The Israelites were slaves and under the authority of Pharaoh. They were subjected to forced labor and under the thumb of their task master.

However, by a mighty hand and an outstretched arm, God delivered them. Do you remember what God’s final act of deliverance was to redeem His people? It is twofold. First, it was the slaughtering of the lamb and the blood that saved the Israelites during Passover. Second, it was the death of the firstborn that brought about their redemption.

“even the forgiveness of sins”

Forgiveness is at the heart of the Gospel and is by far one of the most popular Christian themes. The Christian no longer stands before God as guilty. In this truth, the Christian must rejoice. This Thanksgiving, take time to thank God for the forgiveness and inheritance He has given you.

Father, I thank You for the forgiveness that You have given me in Christ. I thank You for making me fit to be a partaker of the inheritance that is to come. You have been good to me, and I pray that You would help me to grow in my faithfulness to You. In Jesus’ name, Amen.

Divine Act Giving Thanks Inheritance from God redemption Thanking God
224
0
Share
We use cookies on our website to give you the most relevant experience by remembering your preferences and repeat visits. By clicking “Accept”, you consent to the use of ALL the cookies.
Do not sell my personal information.
Cookie settingsACCEPT
Manage consent