The Heart of a Christian toward the Children of God 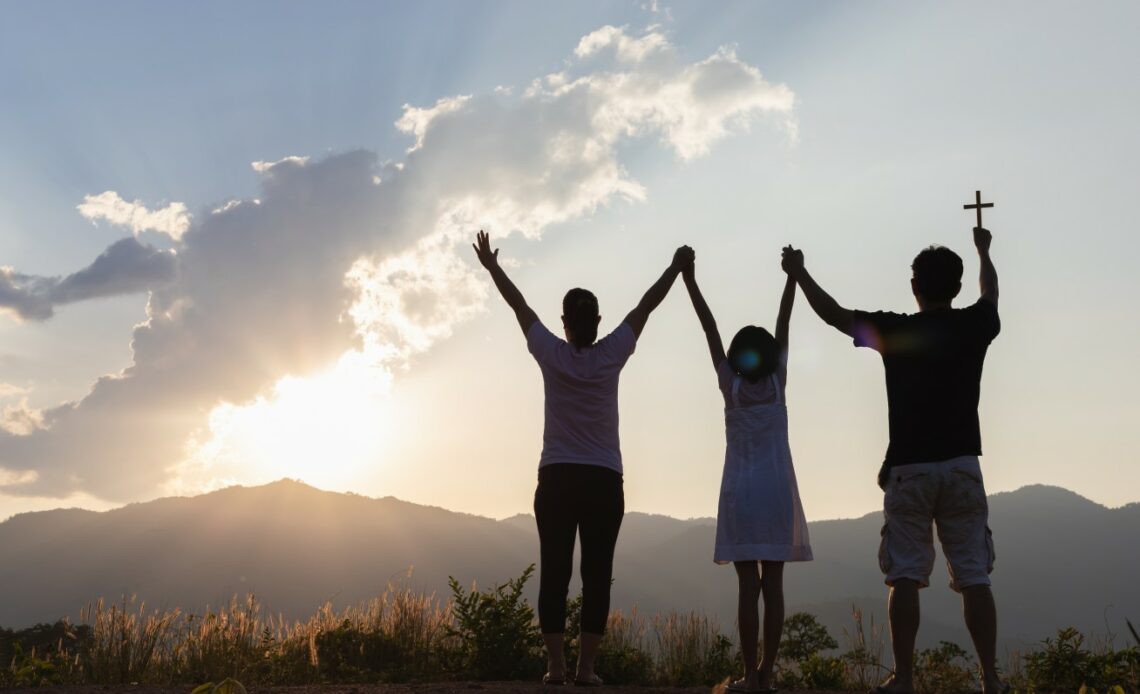 While there are a large numbers of topics to consider within the realm of Christianity, God’s desire for how His children should relate to one another must be one of the most important. After all, the greatest commandment is to love God and to love others. Elsewhere, Paul tells the believers in Galatia that they are to do good to all people but then interjects the statement with a call to especially do good to your fellow believers. Prior to this statement in the book of Galatians, Paul boils down all of God’s commands into one simple rule. Scripture says, “For all the law is fulfilled in one word, even in this: Thou shalt love thy neighbor as thyself” (Gal. 5:14). It should be evident that the heart of man toward another believer should be full of love.

Paul can help the Christian here as his heart was full of love toward God’s children. In Romans 1:8-15, Paul reveals the heart of a Christian toward the children of God.

Paul was thankful for God’s children

Have you ever just felt thankful for other believers? Have you ever felt thankful for their progress in the Lord? Paul was, continually. Scripture says, “First, I thank my God through Jesus Christ for you all, that your faith is spoken of throughout the whole world” (Rom. 1:8). Paul was eager to thank God for the people of God.

It would seem as though this is not a common practice in the life of many Christians. However, Paul’s prayer life was filled with other believers. Not just requests for believers either – Paul would also thank God for other believers and their progress in the faith.

It is hard to know what comes first in the life of a believer. It would seem as though it could go either way. Maybe someone starts out loving others, then develops a habit of thankfulness for them in his prayers. But it would also seem that there are times when Christians do not love other Christians. Maybe they even struggle with hating other Christians or a particular Christian. In this case, he should not wait around to magically love another. Rather, he should start thanking God now for these people he finds himself hating. In this, God will begin to soften his heart as he steps out in obedience and faith.

Paul was prayerful for God’s children

While thanking God is a part of prayer, it seems as though Paul did more than this in his prayers. Paul says, “…without ceasing I make mention of you always in my prayers” (Rom. 1:9). Paul then goes on to tell of a specific prayer request (that we will touch upon later), but it seems as though Paul loved to pray for others. The children of God were on Paul’s heart, and he wanted them to grow spiritually and to become mature in Christ.

Paul believed in the power of prayer and prayed in faith for God’s children. Paul did not seem like a man who would rather be entertained by the world than intercede for his fellow believers. He was concerned for those who had come to know Christ and would not cease to pour out his heart before God for the good of others.

Paul was relational with God’s children

Paul did not desire to love others from afar. Rather, Paul was relational. Jesus was relational, and the discipleship ministry by its very nature must be relational. In a time when technology is steadily increasing, it seems as though face to face interaction is dying. People seem more concerned about their pretend world online than they do walking shoulder to shoulder or sitting face to face. Jesus walked with His disciples, and in this, an intimacy was gained.

Paul longed to be with the people of God. Yes, he was able to write, and they could also write Paul, but this was not good enough for Paul. Paul would not have been satisfied with phone calls, text messages, or emails. He would not have been satisfied with occasionally “liking” a comment. Paul wanted to be with the children of God. Scripture tells of Paul’s request of God: “Making request, if by any means now at length I might have a prosperous journey by the will of God to come unto you. For I long to see you…” (Rom. 1:10-11). Paul wanted face-to-face interaction with his fellow believers.

Paul’s heart was for the people, and this was evident. He was not avoidant. He did not make excuses to shirk his responsibility to meet together with the saints of God. Paul desired to be in their midst and to develop relationships.

Paul was ministerial toward God’s children

While there was a relational goal in Paul heart, he also had a pointed ministerial focus. Paul longed to see the believers, but he went on to say, “…that I may impart unto you some spiritual gift, to the end ye may be established” (Rom. 1:11). Paul’s time spent with other believers was intentional. He did not like to waste time. In Paul’s world, just because people were hanging out, that didn’t make it fellowship. Fellowship is intentional. Fellowship is up-building and encouraging. Fellowship may involve hard talks at times. Fellowship could be catching up on what is happening in the life of another to continue the ongoing relationship, but it is always intentional.

Paul was encouraging toward God’s children

Paul loved the people of God and knew that it was important to encourage them to victory. It is an amazing reality that a believer has the ability to put courage in someone else, hence encouragement. Many scenarios will exist in the life of a believer in which he may begin to doubt that he can fulfill a task or accomplish what is being asked of him.

The commands of God can seem daunting at times. This is especially so when someone takes a good, honest look into his own heart and sees what Paul sees when he exclaims that he has not attained it yet. Everyone needs encouragement at times. The problem is not that there is a shortage of people who need encouragement. Rather, the question arises, “Where are all the encouragers?” Sadly, encouragement is lacking, and the Christian needs to follow Paul as he follows Christ.

Paul says, “That is, that I may be comforted together with you by the mutual faith both of you and me” (Rom. 1:12). This word “comforted” is also translated as encouraged. Paul desired to be both encouraged by God’s children and to be an encouragement to them as well.

Paul was eager to preach to God’s children

Some may think that the Gospel is what you tell unbelievers. While this is true, both the believer and the unbeliever need to hear the Gospel. In this passage, Paul is speaking to a believing church, and he is eager to share the Gospel with them. Paul’s heart toward the children of God consisted of a love to share his favorite story, Christ crucified.

Father, I thank You for the grace that has been given to me in Jesus Christ. Help me to grow in my love for fellow believers. In Jesus’ name, Amen.