Understanding Fasting in the Bible 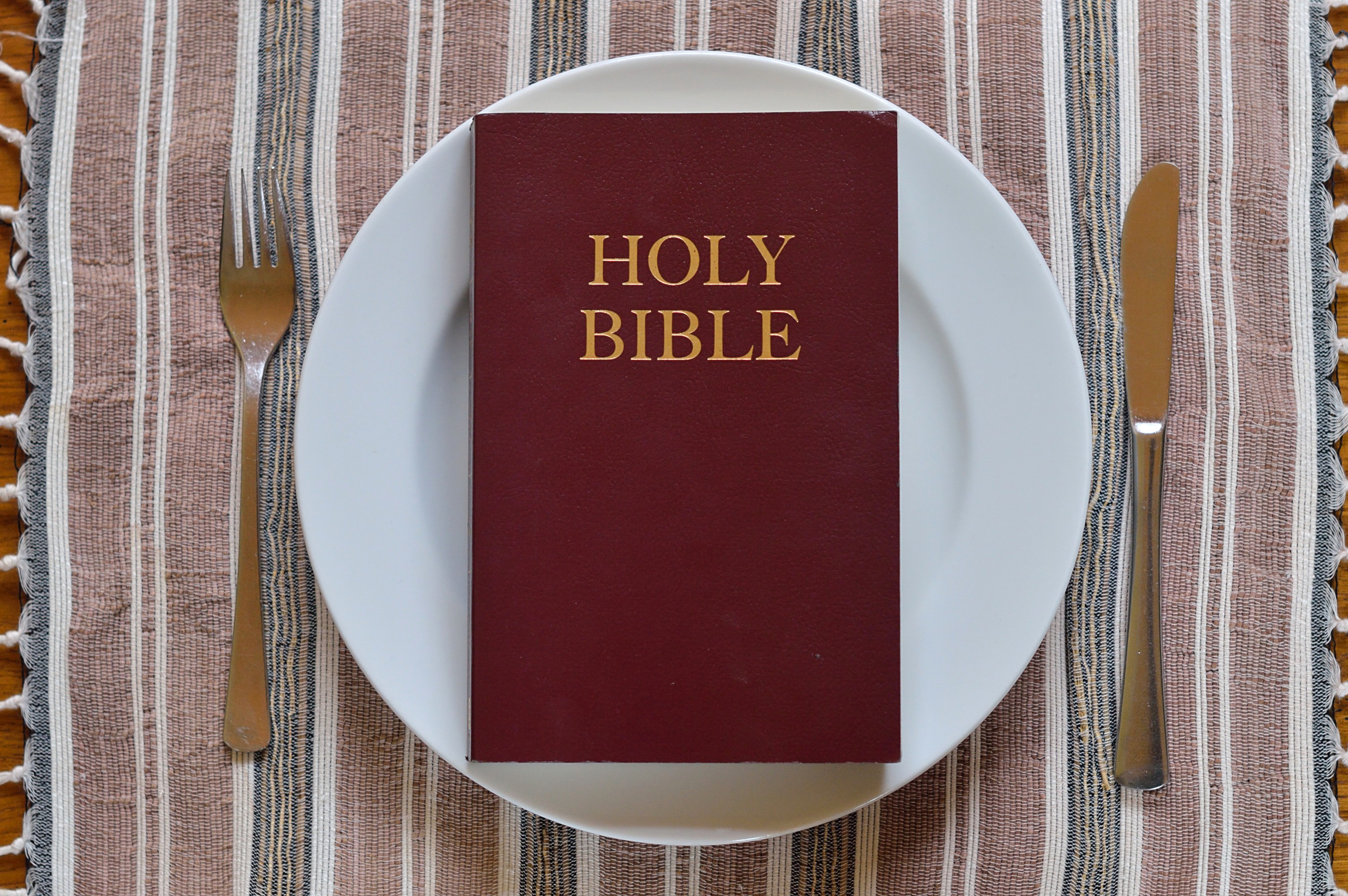 Fasting, while mentioned more than 70 times in the Bible is one of the most misunderstood principles that Christ instructed the Church about. Whether it’s because of the amount of self-sacrifice involved or a lack of awareness, many Christians fail to tap into the power that is associated with Biblical fasting. Let’s take a deeper dive into what fasting is, what it isn’t and Biblical examples of how fasting, when combined with prayer can produce miracles and active the power of God in the life of believers today.

By definition, fasting is the act of giving up food and/or water for a period of time. In a spiritual sense, fasting should be accompanied by prayer as God’s people give up earthly desires and needs in an effort. Many people experience health issues that leave them unable to give up food or water for any period of time, but that does not preclude them from being able to fast.

Since fasting is about a spiritual sacrifice, people who are not able to give up food or water can consider fasting from other means of pleasure. For instance, you could consider not watching television for a period of time, putting down your phone or mobile device, stepping away from social media for a certain period or giving up another pleasure while you earnestly seek the presence of God in your life.

Fasting isn’t about what you give up; it is about why you’re giving it up. As you begin to look into the Biblical principle of fasting, allow God to show you things in your life that you could give up in your pursuit of a closer walk with Him.

What Fasting is NOT

Fasting is not a hunger strike. The concept of fasting isn’t about telling us God that we’re not going to eat or drink until He gives us what we’re asking for. Picture if you will a child telling his parents that he refuses to eat his vegetables until they buy him a new toy. Many people approach fasting from a similar mindset when that is not at all what it should be about. We do not fast to force God to move; we fast as a way of asking God to move in our lives.

Fasting is also not a legalistic maneuver that we must perform in order to see God’s miraculous power. Nowhere in your Bible will you read the phrase “thou shalt fast.” Instead, fasting is simply a tool that Christians have at their disposal as they continue to fully depend on the God of their salvation. If you make the decision to fast, it is important that you don’t get so caught up in the technical aspect of it that you miss the spiritual implications. Fasting is a spiritual discipline that focuses on your spiritual position in relation to God.

Fasting in the Old Testament

In the Old Testament, fasting was often a symbol of mourning, but there are other examples of God’s people choosing to deny themselves food and water in an effort to draw closer to God.

So he was there with the Lord forty days and forty nights. He neither ate bread nor drank water. And he wrote on the tablets the words of the covenant, the Ten Commandments.

In this verse we find that Moses spent 40 days in total pursuit of God’s word to His people. While we are certainly not advocating for you to make the decision to go without food and water for a 40-day period, this is simply the first example of a child of God fasting while seeking the power of God in their life. Since science teaches us that it’s not possible for humans to survive for 40 days without water, this is certainly an example of a supernatural experience. Only God was able to keep Moses alive for such an extended period of time, but Moses’ fast was rewarded as he got to experience a deeper interaction with God than anyone had ever seen.

Daniel also fasted while trying to understand a vision that God had given him:

I ate no delicacies, no meat or wine entered my mouth, nor did I anoint myself at all, for three full weeks.

Again, we see one of God’s children fasting for an extended period of time. You may have heard of the Daniel Fast before. There is a multitude of resources about it available with a quick Google search. It is important to note that Daniel didn’t deprive himself of water during this period. Instead, he gave up delicacies, meat and wine for a period of 21 days. All of this was done as Daniel sought a way to get closer to God so he could better understand what God was trying to tell him through a vision. Fasting allows us to gain a better understanding of what God is doing in our lives.

Fasting in the New Testament

John the Baptist essentially lived his life fasting, as the Bible teaches us that he lived on “locusts and wild honey” (Matthew 3:4). While that is certainly an extreme example, we don’t have to look beyond the life of Jesus Christ to find an example of someone in the New Testament fasting:

And Jesus, full of the Holy Spirit, returned from the Jordan and was led by the Spirit in the wilderness for forty days, being tempted by the devil. And he ate nothing during those days. And when they were ended, he was hungry. The devil said to him, “If you are the Son of God, command this stone to become bread.” And Jesus answered him, “It is written, ‘Man shall not live by bread alone.’”

At the beginning of His public ministry, Jesus was led by the Holy Spirit into the wilderness where he ate no food for 40 days. Obviously, Jesus was God in the Flesh and didn’t have a spiritual need to get closer to the Father, but even He recognized the need for fasting when getting ready to go into the next phase of His life. Satan viewed the opportunity to tempt a physically weakened Jesus (the Bible says “he was hungry), but thanks to His period of fasting, Jesus was able to counter the lies and manipulation of the enemy with the truth of God’s word. He didn’t do this because He needed to be more in tune with God; instead, Jesus’ fast serves as an example of how following His example can empower us to combat the lies of Satan in our lives.

Fasting is a tool that is available to God’s children, that when combined with prayer can produce supernatural results. It is vital that we do not allow fasting to turn into something that we do for show or in an attempt to seem holier than those around us. Jesus spoke very plainly about that sort of behavior in Matthew 6:16-18. Instead, fasting is a personal and private act that allows us to draw closer to God. Drawing closer to God invites God to draw closer to us (James 4:8), which results in the miracles we seek in prayer.

One final important note on fasting: If you have health issues that may make it unsafe for you to fast, you should certainly consult a medical professional before doing so. If you have a medical condition that prevents you from giving up food or drink for a period of time, allow God to show you other pleasures that you can give up during your time of prayer and fasting.

God, I want to experience You and Your power even more mightily in my life and believe that fasting is a way to do that. Help me as I enter this time of fasting and prayer to become even more focused on You, Your promises and Your power. I’m not doing this as any sort of act of self-righteousness. Instead, I’m committing to a fast as a way to see You do something miraculous in my life. I commit this time of fasting to You and believe that I will see the results of it. In Christ’s name I ask these things, Amen!