What it Means to Be a Christian Leader 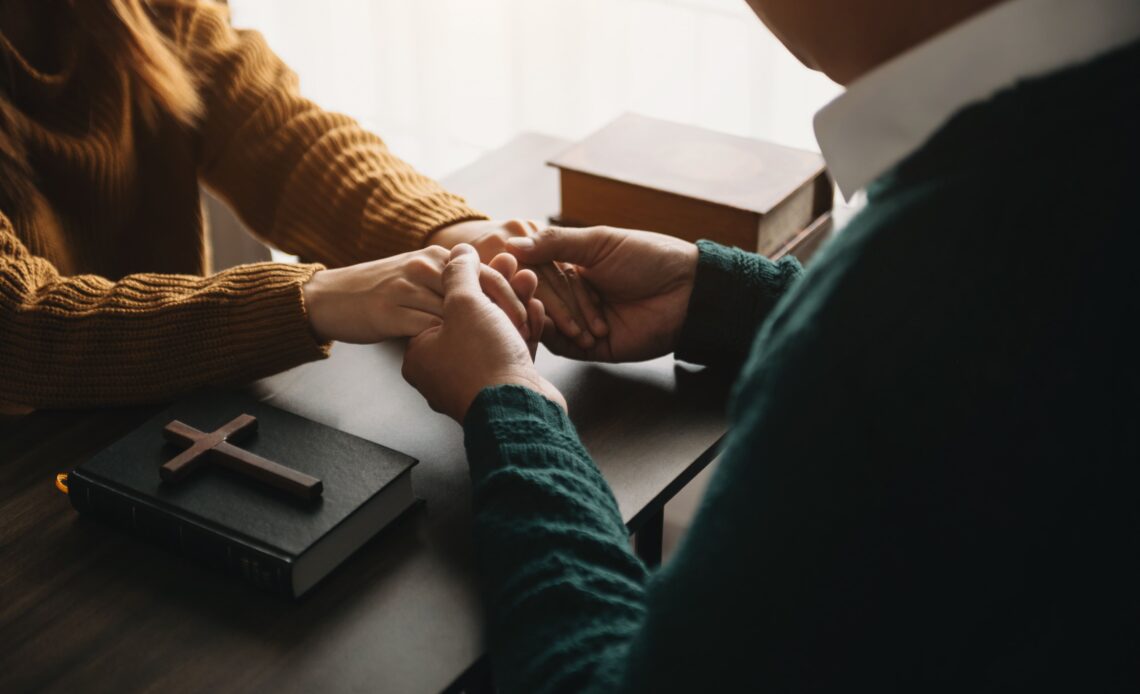 There is a lot of debate about leadership and how it’s supposed to work? Is leadership a trait that we’re born with, or is it something that we can learn over time? While today’s study won’t answer that question, we are going to learn more about what it means to be a Christian leader. When we commit our leadership to Christ, we begin trying to align our leadership with the principles found in Scripture. Discover how to lead by The Book today.

Even if you don’t consider yourself a leader, there’s a good chance that you serve in some sort of leadership capacity. If you’re a business owner or work in some sort of management capacity, you’re a leader in industry. Whether you have dozens of people under your supervision or you lead a small team of employees, you are in a position of leadership.

There are also various types of church leadership. When you think about the leadership in your church, you probably think of your pastor. However, most churches have a group of leaders who help to make sure that the church is fulfilling its purpose and the mission that those leaders have set. Teachers, worship leaders, deacons, elders, and other people in leadership are vital parts of your church.

Finally, you don’t have to have an official title to be in leadership. There’s a good chance that you’re reading this as a leader in your own home. If you have children, you are responsible for leading those children into the paths of righteousness for as long as they are minors living under your roof.

Most of us serve in some sort of leadership role, even if we don’t realize it. As disciples of Christ, it’s important that we submit that leadership to His leadership. As a Christian leader, you are not at the top of the chain. Instead, you are responsible for following God while leading others.

The Bible speaks at length about what it means to be a leader in your home. It also provides a great deal of insight about requirements and expectations for those who are leading a church. Even though Scripture doesn’t explicitly say, “You should do this if you lead a business,” there are still plenty of Christian leadership principles that we can find in Scripture that allow us to understand God’s design for leadership.

When we look to Scripture to better understand how God wants us to handle our leadership positions, we truly begin to lead by The Book. Today, if you’re a leader in any capacity, spend some time looking to Scripture to better understand what God expects of you. Doing so will not only allow you to experience less stress in your pressure-packed position of leadership, but it will also lead to a better environment for those under your charge. One of the most important aspects of leadership is being the leader God wants you to be.

Don’t Give Up
Romans 8:24-28 (NLT)
We were given this hope when we were saved. (If we already have something, we don’t need to hope for it. But if we look forward to something we don’t yet have, we must wait patiently and confidently.) And the Holy Spirit helps us in our weakness. For example, we don’t know what God wants us to pray for. But the Holy Spirit prays for us with groanings that cannot be expressed in words. And the Father who knows all hears knows what the Spirit is saying, for the Spirit pleads for us believers in harmony with God’s own will. And we know that God causes everything to work together for the good of those who love God and are called according to his purpose for them.

One of the hardest aspects of being a successful leader involves not going up when things get hard. You’ve probably heard it said that “it’s lonely at the top.” That is certainly true when dealing with leadership. As a leader, you are responsible not only for yourself, but for everyone that you’re leading. Those times of heaviness can leave us feeling weak.

There is no denying that Walt Disney is one of the greatest business leaders of all time. What many people don’t realize is that Walt Disney was fired from his first job at a newspaper where his comics were deemed “unentertaining.” Unemployed, Walt Disney found someone in church leadership who was willing to pay him to draw some advertisements for the church bulletin. Homeless, Walt Disney moved into the warehouse that the church used, which happened to be infested by mice.

It was there that Walt Disney drew the inspiration for Mickey Mouse. Yes, the mouse that is one of the greatest entertainment emblems in the history of the world was the result of a man who had every reason to give up. But he refused. Today, there are various Disney theme parks around the world, and Walt Disney died as one of the wealthiest and most respected business leaders of all time.

The Holy Spirit helps us in our weakness, which is especially comforting to leaders who aren’t able to share that weakness with people who they are leading. Don’t give up. You don’t know what sort of breakthrough might be on the other side of this time of weakness!

Sacrificial Leadership
Galatians 6:17 (NLT)
Form now on, don’t let anyone trouble me with these things. For I bear on my body the scars that show I belong to Jesus.

The mark of a good leader is found in his or her willingness to sacrifice for the people that they’re leading. Alexander the Great is considered one of the most powerful political leaders in history. Shortly after he had conquered Persia, he faced the threat of a rebellion within his own army. During a speech one day, Alexander jumped down from the podium and arrested some of the insurrectionists. He then climbed back to the platform and went ahead with his address.

During the speech, Alexander the Great pointed to the fact that he was a good leader because he had been stabbed with swords and carried the scars of battle. However, he was willing to push through those painful moments because he was a leader of his people.

In the verse that we just read, Paul also spoke to his own willingness to sacrifice for the people he was leading. Paul, who led multiple churches in the New Testament was beaten, arrested, and tormented for his role as a leader. He never gave up, even in the face of persecution.

The people you’re leading are more apt to follow you if they see that you’re willing to sacrifice for them. As a leader, you are called to put the needs of those under your care above your own.

Avoiding Pride
Philippians 2:5-6 (NLT)
You must have the same attitude that Christ Jesus had. Though he was God, he did not think of equality with God as something to cling to.

Finally, we can look to Christ as the ultimate example of leadership. He certainly came from humble beginnings, but Jesus proved that He was a leader in multiple aspects of life. Obviously, He was God in the flesh, but He still managed to take 12 ordinary men, turned them into disciples, and changed the world forever.

One of the most important, yet often overlooked aspects of Christ’s supreme leadership was His humility. Though He had every right to refuse to accept God’s plan for Him, Christ humbled Himself so He could effectively lead the disciples and everyone else who would believe in Him.

Just because you’re in a position of leadership, you are not better than the people you are leading. Instead, it simply means that God has trusted you with a leadership role. Remember that and allow yourself to be humbled.

A Closing Prayer:
Heavenly Father, thank You for choosing me to serve in a leadership capacity. I know that it comes with a great deal of responsibility. Help me to humbly lead the people who follow me. Give me strength to not give up when things get hard. Most of all, help me to sacrifice my own desires for the good of those I lead. In Christ’s name, Amen.

Authority business Church Leadership Leadership Leading
176
0
Share
We use cookies on our website to give you the most relevant experience by remembering your preferences and repeat visits. By clicking “Accept”, you consent to the use of ALL the cookies.
Do not sell my personal information.
Cookie settingsACCEPT
Manage consent