When Blessing Comes from Breaking 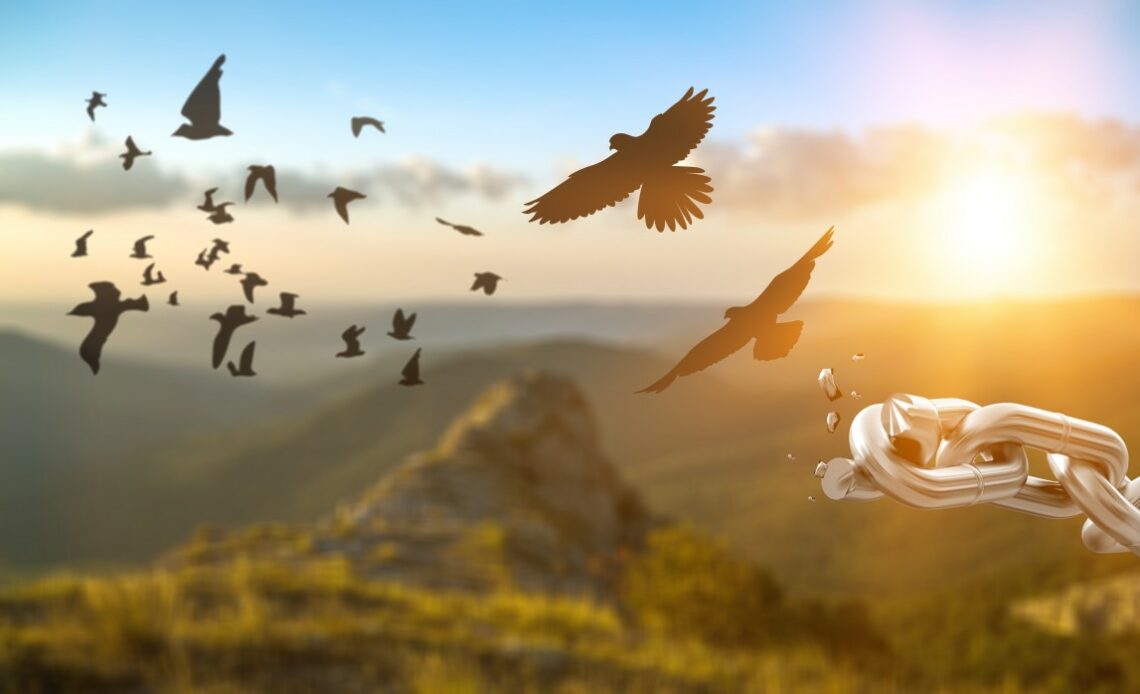 The terms “broken,” “breaking” and “brokenness” create painful imagery in our minds. We think of broken homes, broken relationships, emotional breakdowns and all sorts of other difficult times in our lives. There is no doubt about the fact that brokenness is never pleasant. Whether you’re dealing with breakups or breakdowns, most of us try to find anyway possible to avoid feeling broken.

Feeling broken strips away our control. When we’re broken, we’re no longer capable of holding it all together. Instead, brokenness forces us to become completely reliant on God to put our broken pieces back together and carry us forward. Fortunately, God has built an impeccable track record of taking broken people, broken relationships, broken situations, blessing them and turning what was broken into something beautiful.

Matthew 14:18 (TPT)
Then he had everyone sit down on the grass as he took the five loaves and two fish. He looked up into heaven, gave thanks to God, and broke the bread into pieces. He then gave it to the disciples, who in turn gave it to the crowds.

The miracle of Jesus feeding 5000-plus people with two small fish and five pieces of bread is the only miracle that is recorded in all four Gospels. It paints a beautiful picture of a Savior who was not only interested in preaching and teaching the multitude, but also a God who was moved by their practical needs. When the disciples came to Jesus in verse 15, they told Him that He should send the crowds away to buy food because the crowds were getting hungry. In verse 16, Jesus responded by telling the disciples that the crowds didn’t need to leave because they could give them something to eat. Christ was determined to continue preaching to the crowds, but He also wanted to meet their practical needs. Additionally, He wanted to let the disciples play a part in the process. But all of that required breaking something. He had to break the bread before He could use it for His divine purpose of feeding the multitudes.

Sometimes, that’s how things work for us too. It’s not that God takes some sort of pleasure in our times of brokenness. No, He isn’t sitting on His throne hoping that we will experience the pain of breaking. Quite the contrary. The Bible assures us that God’s eyes are on the righteous and His ears are open to their cries (Psalm 34:15). However, God is capable of taking what leaves you feeling broken and use it as a means to fill you beyond any level that you’ve ever experienced before. There’s a beautiful story that illustrates this point in the Old Testament.

David and Mephibosheth
2nd Samuel 9
We meet a new character in David’s life in 2nd Samuel 9 when Saul’s grandson Mephibosheth has an interaction with the king. For the sake of background information, it’s important to realize that by the time we reach this point of David’s life, He was on the throne and both Saul and Jonathan were dead. While Saul had treated David horribly, trying to kill him on numerous occasions, Jonathan and David were best friends. Saul had to die in order for David to fulfill his purpose of becoming king, but Jonathan was also killed.

In ancient times, when a new king took over a nation, he would have any living heirs of the former king executed early in his reign. This was done to ensure that anyone who thought they could lay a claim to the throne was taken out of the equation. That’s what makes the question that David asks in 2 Samuel 9:1 so interesting:

Emotional Intelligence: Why It Can Matter More Than IQ

2 Samuel 9:1 (ESV)
And David said, “Is there still anyone left of the house of Saul, that I may show him kindness for Jonathan’s sake?”

David was looking for heirs of Saul, but it wasn’t because he wanted to kill them. David was confident in where God had positioned him. He understood that God selected him to be the king over His people, so instead of looking for ways to eliminate any potential threats, he was looking for someone to show kindness to because of his friend, Jonathan. One of David’s servants, Ziba answered the question when he told David that Jonathan actually left behind a son when he died. However, the son of Jonathan “was crippled in both of his feet” (2 Samuel 9:3).

Historical context matters even more when you start looking at where Mephibosheth was living. Lo-debar was a small community on the outskirts of Jerusalem. There was absolutely nothing of note in Lo-debar. In fact, when an animal reached the point where it could no longer reproduce and wasn’t providing anything to the family, it would be sent off to Lo-debar. That’s where all the crippled, lame, useless and broken people and animals would live out their days.

The fact that Mephibosheth was there was a stark contrast to where he should have been. He was the second in line to the throne when Saul was alive. Now instead of living in the palace, he was wasting away in Lo-debar.

Mephibosheth’s brokenness and banishment to Lo-debar becomes even more painful when you find out that his brokenness wasn’t even his fault. In 2 Samuel 4:4, we find out that when the news of Saul and Jonathan’s death made it back to the palace, the nanny who was taking care of Mephibosheth picked him up to run away. Unfortunately, in her haste, she dropped him and left him crippled.

Can you imagine Mephibosheth’s surprise when King David sent messengers to Lo-debar and told him to come to the palace? Perhaps he assumed that he was going to be killed. Maybe he thought that David would tell him some stories about his father. There’s no way that he expected what wound up happening. That’s why Mephibosheth looked at David and said, “What is your servant, that you should show regard for a dead dog such as I?” (2 Samuel 9:8).

2 Samuel 9:13 (ESV)
So Mephibosheth lived in Jerusalem, for he ate always at the king’s table. Now he was lame in both his feet.

Mephibosheth never became less broken. However, God used his brokenness to cement his position at the king’s table. If Mephibosheth had been healthy, it’s hard to say where he would have wound up. Perhaps he would have tried to lead an insurrection and overthrow David. Even if he didn’t, it’s hard to believe that he would have wound up in Lo-debar with all the outcasts. Instead, God took the pain, the bitterness and the brokenness of Mephibosheth and used that as the thing that got him to the king’s table. He can do the same for you.

A Closing Prayer:
God, You are completely aware of the broken areas in my life. You see the things that are causing me to lose sleep and You understand the pain that I’ve experienced. But Lord, You can take my brokenness and turn it into a blessing. I know that You have a position for me at Your table, and You are willing to give me a seat there even though I’m broken. Use my brokenness to bring me closer to You. In Christ’s name, Amen!