Where to Park Your Thoughts Today 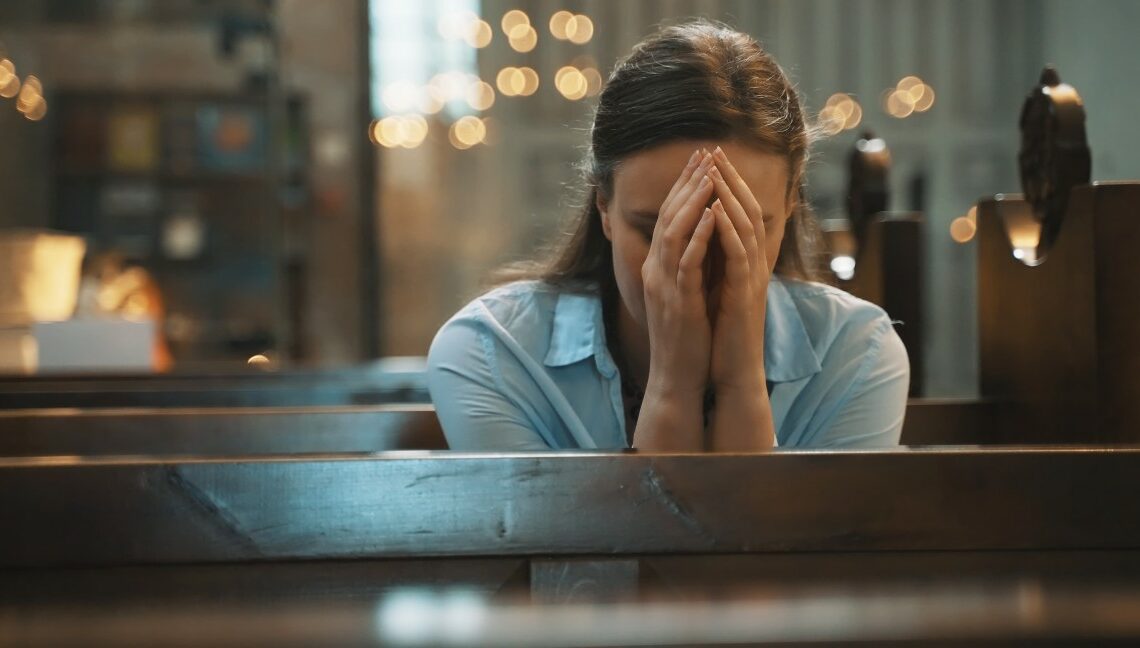 In her book, The Battlefield of the Mind, Pastor Joyce Meyer discusses the ongoing war that takes place for control of your thoughts. You’ve probably seen TV shows and movies where a character has a small angelic figure on one shoulder while a red figure with a pitchfork and a pointy tail appears on the other shoulder. These two figures both try to convince the character to do what they want them to do by controlling their thoughts. You may not be a fictional character, but the forces fighting for control of your thoughts are very real.

Confession time. I have a tendency to get hyper-focused on a singular task or idea. When I’m preparing a sermon to share with our church, I usually block out everything else until I’ve written it, edited it, rewritten portions of it, edited those parts, and gone through the “lather, rinse, repeat” portion of the process multiple times. My wife and I recently decided to remodel some of the rooms in our home, and choosing materials, creating plans, and then bringing those plans to fruition became an all-consuming process for me. I recently helped a good friend restore an antique truck that he had inherited from his grandfather, and you guessed it, I got entirely too into the entire process. I spent hours researching how to restore a vehicle that wasn’t even mine!

I’m hoping that I’m not the only person who deals with those consuming thought patterns. Surely someone reading this has said “one more episode” when they’re binge watching a TV show on their streaming service of choice.

It’s amazing how powerful our thoughts can be. To intensify matters, we don’t ever get to turn those thoughts off. Even when you’re asleep, your mind is at work which explains the presence of dreams and nightmares. Thoughts are powerful.

Have you ever “woke up on the wrong side of the bed?” Maybe it’s because your sleep quality wasn’t as good as you’re used to, or possibly you had some troubling dreams that left you reeling when you woke up. Maybe your morning started with a stubbed toe, a cold shower, no coffee and bad traffic. Whatever the reason, it’s possible for negative thoughts at the onset of the day to impact the next 24 hours.

I’ll be honest, I recently ran into a morning like that. I had one of those nights where it felt like I never got into a truly deep sleep. When my alarm sounded at 7:00 the next morning, it felt as though I had just closed my eyes. My kids had no interest in getting up and getting ready for school, so regardless of my pleading (and demanding), they weren’t ready when the bus stopped in front of our house. My wife had to be at work earlier than usual, which meant I needed to drop two kids off at two different schools before I even made it into the office.

Traffic was terrible, there was construction going on along one road, which turned two lanes of traffic into one. When I finally made it to the church office, I walked in to find that our entire computer system had crashed out, and all of the following Sunday’s sermon notes were locked inside a computer that I couldn’t even access. The entire day was filled with stress, and I was still supposed to attend a ballet recital and a soccer game that evening.

By the time I made it home that evening, it was around 8:00 PM, and I realized that I hadn’t even taken the time to eat. When we finally sat down for dinner, which was only on the table thanks to an incredibly kind parishioner who loves to cook for people in the church, my mood was approaching record lows. When my son, who decided to rehash the events of his soccer game at the dinner table turned over his drink, I lost it. In that moment, I wasn’t the Godly father that I try so hard to be. Undoubtedly, some of the people in our church would’ve been stunned if they heard the way that I yelled.

I gave up on dinner and went to sulk in my home office. An hour or so later, my wife stepped inside, with a sandwich on a plate. “I thought you may want to eat something before bed,” she said. I looked at her, totally exasperated from the day, and said, “I don’t know what happened. This entire day has been a disaster.”

While we had texted sporadically throughout the day, this was my chance to completely unload all of the day’s issues. My wife has a way of putting things in perspective and can humble me pretty quickly. I mean that in the best possible way. She started going the things that I had complained about and offered a completely different perspective. The kids missed the bus, but that gave me an extra 25 minutes with them to start their day on a loving note from their dad. The computer system at the church was down, but it gave me a chance to spend a pretty good portion of my day reading Scripture, not in the name of preparing a sermon, but in the name of spending time with my Father. The ballet recital and the soccer game took up much of the evening were a great opportunity to see my children do something that they’re both passionate about. The spilled milk at dinner? Well, that was my favorite. My wife looked at me as sweetly and sincerely as she could and said, “You’re literally crying over spilled milk.”

You see, I allowed my thoughts to go the wrong direction at the onset of my day and then I parked them there. I had a wonderful meeting with one of our deacons who was doing some work around the church, but I was so angry about everything else, that his encouragement didn’t even register in my recap of the day. I was so tired and aggravated by the day’s events that I didn’t even take time to thank God for the loving woman in our church who makes the best lasagna this side of Italy.

Let’s take a look at what Paul said about parking our thoughts:

Philippians 4:8 (TPT)
So keep your thoughts continually fixed on all that is authentic and real, honorable and admirable, beautiful and respectful, pure and holy, merciful and kind. And fasten your thoughts on every glorious work of God, praising him always.

Paul listed nine things that we should focus on throughout the day. Can I just be transparent for a moment? I went 0 for 9 on that particular day. If I could give myself a lower score, I would. Instead of focusing on things authentic and real, I convinced myself that every morning was chaos and that it was never going to get better. Instead of looking for what was beautiful and respectful in my day, I focused on technological problems when I should know by now that I should keep extra copies of my sermon notes on hand. Pure and holy? Missed on both of those by a long shot. Merciful and kind didn’t do much better, because I certainly wasn’t merciful toward my son who dumped a glass of milk across the table. When I became so focused on what had gone wrong, I couldn’t fasten my thoughts to the work of God. Instead, I focused on the problems of my day.

Be mindful about where you park your thoughts. The Bible tells us that out of the abundance of the heart, the mouth speaks (Matthew 12:34). As soon as my wife and I were done, I apologized to her for my behavior. It broke my heart when I walked into the living room and saw the tension in my children’s eyes based on how I had behaved at dinner. I sat down in the floor, and with tears in my eyes, I apologized to them and told them that Dad really messed up. They quickly forgave me, and I prayed with both of them as I tucked them in.

Park your thoughts in the right space. Otherwise, you may end up having a day like I did.

A Closing Prayer:
God, help me to focus my thoughts on the things that Paul listed in Philippians 4:8. In Christ’s name, Amen.