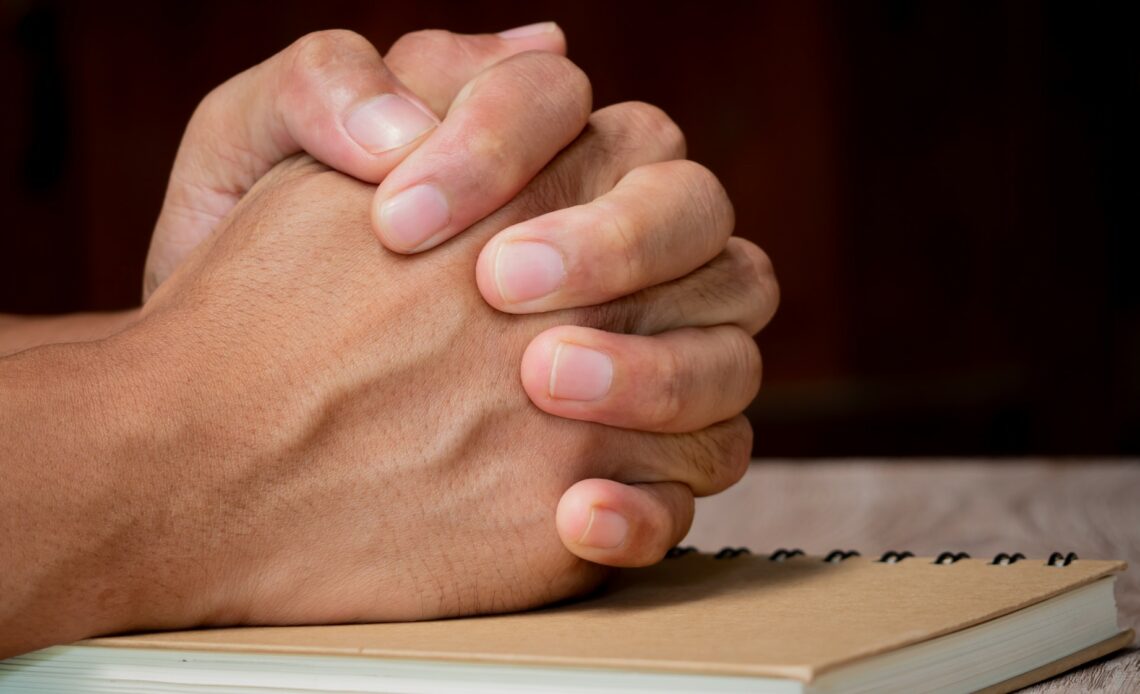 As a child of God, having the ability to speak directly to the God who created you, saved you, and keeps you is an incredible privilege. While it’s easy to allow all of your prayers to focus inward, on the things that you need and want, it’s important to spend time praying for other people. If you’re looking for some people to add to your prayer list in 2022, make sure that these people make the cut.

With the arrival of a new year, it’s not uncommon to create New Year’s resolutions and make some goals that you want to follow through on going forward. Unfortunately, the grand majority of those New Year’s resolutions fizzle out before the end of February, so perhaps you would be better served to simply make some spiritual commitments going forward.

As a child of God, being able to take your cares and concerns directly to God is a powerful privilege. However, it also puts us in a position to spend a majority of our prayer time focusing on ourselves. Make no mistake about it, God wants you to pray about the things going on in your own life. His Word is full of examples of commandments that we should bring our concerns, cares, and stressors to Him at all times. However, it’s equally important that all your prayers are not focused inward.

Instead, God wants you to also prayer outward going prayers. Instead of only praying for yourself, God wants you to spend time praying for other people. Perhaps you haven’t been great at that idea in the past. If so, that’s OK. It doesn’t mean that you’re a selfish person or a weak Christian. Instead, it means that there is something that you can allow the Holy Spirit to change within you going into 2022.

Speaking of a change in 2022, consider making a concerted effort to spend more time praying outwardly in the new year. If you’re not sure exactly how to go about that, you can use today as a starting point. Consider adding the people groups that we are going to discuss to your prayer list in 2022. You could spend a portion of every day praying for all of these people, or you could also simply make one of them your prayer focus for one day each week.

The method that you use to focus on praying for other people isn’t important. It’s not about following a rigid regimen of rules. Instead, it is about making sure that you’re spending a portion of your daily prayer time praying for other people. Some of the people you’re going to pray for won’t ever know that you’re praying for them. To make things even more interesting, some of them aren’t even believers in Christ. However, taking an intentional approach to your prayer life in 2022 can create a lasting impact on the world around you. It can also take your personal prayer life to the next level going forward.

Praying for Politicians
1 Timothy 2:1-2 (TPT)
Most of all, I’m writing to encourage you to pray with gratitude to God. Pray for all men with all forms of prayer and requests as you intercede with intense passion. And pray for every political leader and representative, so that we would be able to live tranquil, undisturbed lives, as we worship the awe-inspiring God with pure hearts.

Political leaders are often some of our most discussed individuals. It’s rare to go through a day where you don’t see something on the news or on your social media feed that pertains to a local or national political leader. It’s easy to get sucked into meaningless debates and arguments about the men and women who have been selected to lead our communities, states, and nation. However, instead of having these arguments and debates, what if you spent that time praying for those men and women?

According to Scripture, praying for political leaders is not an option. If we view every word of Scripture as being inspired by God, and applicable to our lives today, we have to take these two verses and apply them just like we do everything else. In 2022, commit some time in your prayer schedule to pray for political leaders who operate on a national, state, and local level.

Praying for Church Leaders
Colossians 4:2-4 (TPT)
Be faithful to pray as intercessors who are fully alert and giving thanks to God. And please pray for me, that God will open a door of opportunity for us to preach the revelation of the mystery of Christ, for whose same I am imprisoned. Pray that I would unfold and reveal fully this mystery, for that is my delightful assignment.

When he penned his letter to the Colossian Church, Paul was imprisoned for preaching the Gospel. In the face of this, did you notice what he asked for? More importantly, did you notice what he didn’t ask for? He didn’t ask the Church to pray that everything would get easier for them. He didn’t ask them to bring him things or to even visit him in prison. Instead, he asked the Colossian Christians to pray for him that he would be able to “preach the revelation of the mystery of Christ.”

In the United States, we don’t have to worry about our church leaders being locked up for their ministries. However, there are countless Christian leaders around the world who face persecution, imprisonment, and even death in the name of their calling.

Pray for Unbelievers
Acts 26:18 (TPT)
And you will open their eyes to their true condition, so that they may turn from darkness to the Light and from the power of Satan to the power of God. By placing their faith in me they will receive the total forgiveness of sins and be made holy, taking hold of the inheritance that I give to my children.

Finally, it’s important that you spend some time praying for those who have not entered into a relationship with Jesus Christ. The verses that we just read came at a very powerful moment in Paul’s life. When Christ spoke these words to Paul, Paul (whose name was Saul) was on his way to persecute the early Church. At this juncture, Paul wasn’t only not an apostle, he wasn’t even a believer in Christ.

Christ, while speaking to Paul told him that Paul’s purpose in life was to open the eyes of the unbelievers to their true condition, so that they could turn from darkness to the Light, and from the power of Satan to the power of God.

God’s purpose for your life may not be as exhaustive as His plan for Paul was. You may never be called to travel the world, plant churches, and stand in front of the masses to preach the Gospel. However, you are still called to pray for the people around you that don’t know Jesus Christ.

Start with your family and friends who are not believers in Christ. Ask God, through the Holy Spirit to convict them of their sins and cause them to recognize their need for a Savior. Additionally, ask Him to show you the ways that you can show them the love of God and serve as a catalyst for their conversion.

Heavenly Father, help me to be more outwardly focused in my prayer life in the new year. Remind me to spend as much time praying for others as I spend praying for myself. Help me to remember to pray for political leaders, both on the national and local level, for church leaders in my own church and around the world, and for those who do not know You. In Christ’s name, Amen.

New Year’s Resolutions New Years Prayer Prayer Journal Prayer List
26137
53
Share
We use cookies on our website to give you the most relevant experience by remembering your preferences and repeat visits. By clicking “Accept”, you consent to the use of ALL the cookies.
Do not sell my personal information.
Cookie settingsACCEPT
Manage consent