4 Lessons We Can Learn from the Life of Abraham 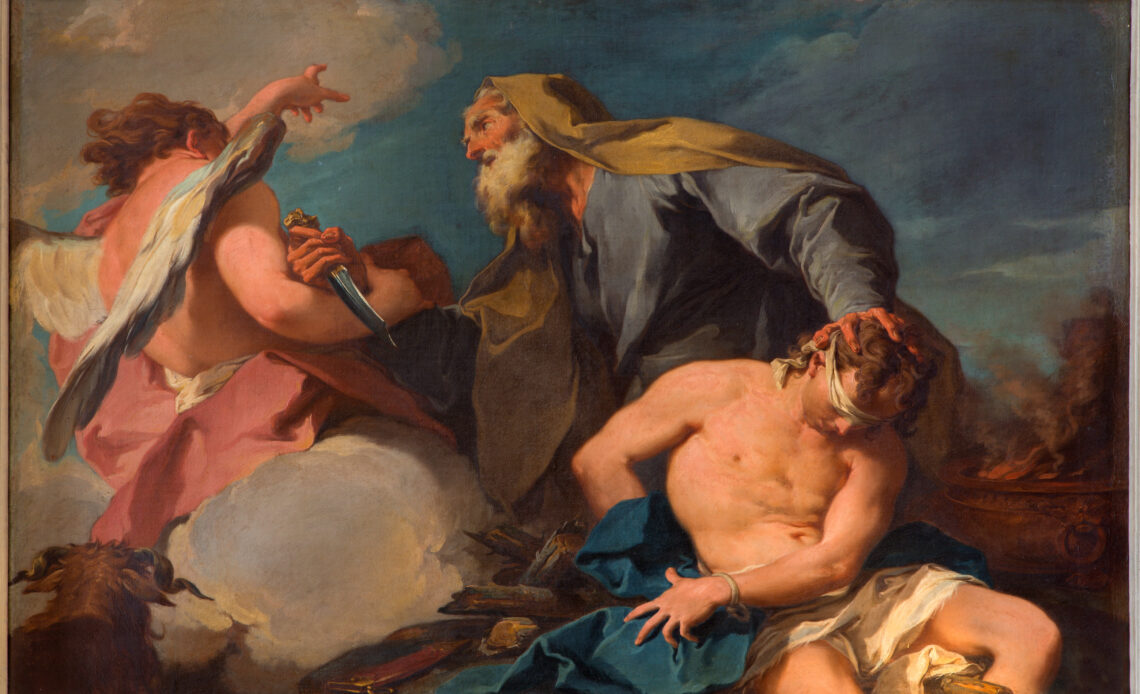 Abraham is considered one of the forefathers of the Christian faith. While his story is found after the accounts of the creation and the flood that demolished the world, he is often named first when people name the patriarchs of the faith. If you’ve ever heard the phrase “Abraham, Isaac, and Jacob,” you’re already aware of his standing at the front of the line of great Christian heroes. Discover what lessons you can learn from this great man’s life today.

No matter what area of life we’re discussing, one of the most important things we can do is learn lessons from the lives of people who have come before us. Abraham is certainly no exception. His status as a “friend of God” means that there are multiple lessons that we can learn from the life of Abraham. Here is a look at four of those lessons.

Blind Faith
Genesis 12:1-4 (ESV)
Now the Lord said to Abram, “Go from your country, and your kindred and your father’s house to the land that I will show you. And I will make of you a great nation, and I will bless you and make your name great, so that you will be a blessing. I will bless those who bless you, and him who dishonors you I will curse, and in you all the families of the earth shall be blessed.” So Abram went, as the Lord had told him, and Lot went with him. Abram was seventy-five years old when he departed to Haran.

The first time that we see Abraham in Scripture, his name was Abram, and he was living in a place called Haran. His ancestors had called the area home, as well. In today’s society, it’s not uncommon for people to grow up and leave their hometowns. However, in Biblical society, such an idea was unheard of. Instead, land was passed down from one generation to the next, and entire families would spend their entire existence living in the same area. That makes this particular interaction between God and Abram so powerful.

God not only called Abram to leave the only home he had ever known, but He did so with the promise that He wasn’t going to tell Abram where he was going. In order for Abram to be obedient, he was going to have to blindly follow God.

Verse 4 in the passage that we just read summarizes Abram’s response: “So Abram went.” Abram didn’t ask questions. He didn’t tell God that he would only go if he knew where he was going. Instead, he simply went.

Faith in God sometimes requires us to blindly follow His plans for our lives. There are times in which we don’t know what’s next, but our faith in God allows us to trust Him completely.

Letting Go When It’s Time
Genesis 13:14-15 (ESV)
The Lord said to Abram, after Lot had separated from him, “Lift up your eyes and look from the place where you are, northward and southward and eastward and westward, for all the land that you see I will give you and to your offspring forever.

When God initially called Abram to a place he had never seen before, He told him not to bring anyone but his wife. However, Abram also brought his nephew, Lot. While it’s not one of the lessons that we’re going to focus on in today’s study, it does merit mentioning that following God’s directions explicitly is an important part of blind faith.

Eventually, the time came for Abram to let Lot go. Lot was never part of the equation, but Abram took matters into his own hands and brought him along. It may sound odd, but God wasn’t going to give Abram everything that He had for him as long as Lot was in the picture.

The importance of knowing when to let go is something that we can all learn from. Abram didn’t show disloyalty to Lot. However, Abram reached a point where Lot’s desires didn’t line up with what God had for Abram. This was evident in this portion of Scripture when Lot chose to live in the land of Sodom and Gomorrah. These places were incredibly wicked, but Lot chose them because they looked appealing. Eventually, it cost him his wife.

All of us have mindsets, habits, desires, and even people who cannot go with us into the things that God has for us. This doesn’t mean that we look for the chance to abandon people, but it does mean that you need to take careful inventory as to who is part of your inner circle.

Allow the Holy Spirit to show you when it’s time to make a change in your own life. Whether it’s a relationship that needs to be severed or a mindset that doesn’t align with God’s Word, knowing when to let go is crucial.

Nothing is Impossible
Genesis 21:1-2 (ESV)
The Lord visited Sarah as he had said, and the Lord did to Sarah as he had promised. And Sarah conceived and bore Abraham a son in his old age at the time of which God had spoken to him.

Abraham and Sarah had always wanted a child. In the chapters before this one, the couple took matters into their own hands, which led to Abraham impregnating Sarah’s handmaiden. While that union did produce a son, it wasn’t the son that God had promised them. Instead, God blessed Abraham and Sarah with Isaac, the son who He had promised them, when Abraham was 100 and Sarah was 90. You don’t have to be a scientist to know that both of them were well beyond the normal age of childbearing.

However, this promise was fulfilled to establish the fact that nothing is impossible in the eyes of God. God had made a promise to His friend, and He was going to keep that promise, even if it didn’t make sense in the realm of human logic.

The Giver is Greater Than the Gift
Genesis 22:1-3 (ESV)
After these things, God tested Abraham and said to him, “Abraham!” And he said, “Here I am.” He said, “Take your son, your only son Isaac, whom you love, and go to the land of Moriah, and offer him there as a burnt offering on one of the mountains of which I shall tell you.” So Abraham rose early in the morning, saddled his donkey, and took two of his young men with him, and his son Isaac. And he cut the wood for the burnt offering and arose and went to the place of which God had told him.

Finally, Abraham teaches us that the Giver is greater than the gift. At the end of this story, God provides Abraham with a sacrifice in place of Isaac, but He only did so after Abraham showed a willingness to obey God and sacrifice the son whom he loved.

It’s easy to get so focused on the things that God has given us that we forget that He is our Source. Abraham’s willingness to offer his son as a sacrifice paints a beautiful picture of what it looks like to love God more than the things He gives us.

A Closing Prayer:
Heavenly Father, thank You for the things that You have blessed me with. However, help me to keep them in perspective and love You more than those things. Help me to have the kind of faith that Abraham had, and the willingness to follow You wherever You lead me. I know that nothing is impossible for You. Finally, give me the strength to let go of the things that I need to let go of. In Christ’s name I ask these things, Amen.

abraham Faith friend of god Miracles sacrifice Worship
2207
0
Share
We use cookies on our website to give you the most relevant experience by remembering your preferences and repeat visits. By clicking “Accept”, you consent to the use of ALL the cookies.
Do not sell my personal information.
Cookie settingsACCEPT
Manage consent