4 Steps to Fighting Fair in Your Marriage 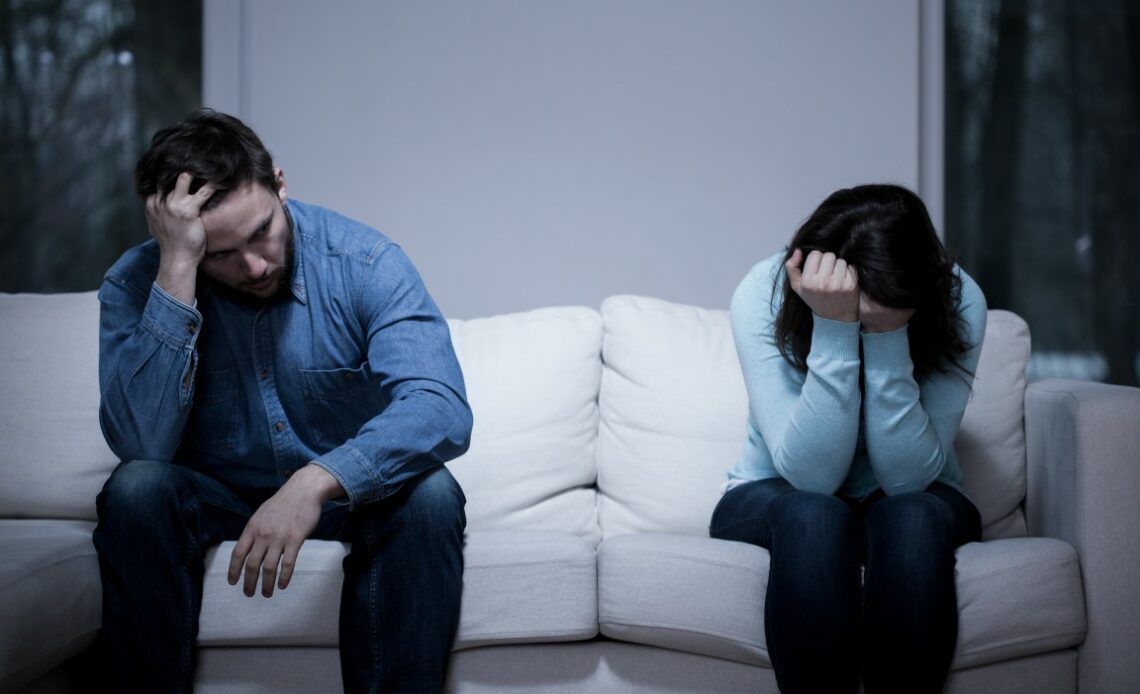 No matter how wonderful your marriage is, there will come times where you and your spouse find yourselves in conflict. The most important aspect of disagreeing with your spouse is to ensure that you’re both fighting fair. Arguments with your spouse aren’t a sign of an unhealthy marriage. In fact, conflict is healthy. Times of conflict provide a wonderful opportunity for growth in your marriage. However, fighting fair and using your words the way God wants you to is imperative for ensuring that you both grow from the conflict.

How often do you shy away from times of conflict in your marriage? It’s easy to fall into the trap of assuming that avoiding the disagreements altogether is a better option than dealing with them. Unfortunately, that’s not a healthy approach to any relationship in your lift, especially your marriage. Approaching conflict from a healthy place actually serves to strengthen the bond between you and your partner. However, it’s crucial that both you and your partner understand how to fight fairly, even when that’s not the route you want to take.

Arguments happen within a marriage. When you think about how much time you spend with your spouse and the fact that your marriage is literally an example of two people becoming one person (Genesis 2:24), it’s easy to see that there will be some discomfort for both of you along the way.

Disagreements aren’t only a common part of marriage, they’re actually an important part of the process. When you and your spouse understand how to fight fair and make a commitment to doing so, you can put yourselves in a position to not only have a marriage that survives, but to create a union that thrives.

Embrace Where You Are
1 Corinthians 15:10 (ESV)
But by the grace of God I am what I am, and his grace toward me was not in vain. On the contrary, I worked harder than any of them, though it was not I, but the grace of God that is with me.

There are times in your marriage where things “are what they are.” It’s easy to get so caught up in trying to change the circumstances that surround your marriage that you spend all of your time and energy trying to change them instead of embracing where you’re at and working with your spouse to navigate that time. For instance, if one of you has faced unemployment or a reduced number of hours at work, there’s no doubt that the financial strain that this puts on your marriage can lead to bickering and disagreements. Stress often does that.

However, it’s important that you approach any period of tension within your marriage with an acceptance of the current situation. Fighting within a marriage often comes from a place of fear or frustration. You’re afraid that you’re going to go broke, so you lash out at your spouse. You’re frustrated by the lack of money coming in, so you start arguing about how to budget what you have.

There’s a good chance that your situation isn’t going to change completely based on a single argument. In fact, this argument has the potential to harm your marriage beyond the obstacle that’s standing in front of you. Instead of fighting about the change that you both want to see happen, accept the fact that the circumstances surrounding your marriage are what they are. When you do that, it’s much easier to embrace the next step of fighting fair.

Remember You’re on the Same Team
Ecclesiastes 4:9-12 (ESV)
Two are better than one, because they have a good reward for their toil. For if they fall, one will lift up his fellow. But woe to him who is alone when he falls and has not another to lift him up! Again, if two lie together, they keep warm, but how can one keep warm alone? And though a man might prevail against one who is alone, two will withstand him-a threefold cord is not quickly broken.

Marriages often deteriorate and eventually end when the people involved forget that they’re on the same team. Remember that example we just discussed about the stress that you may face because of financial problems within the marriage? Those issues often cause you and your spouse to take opposing viewpoints because you both think you know the best way not only to manage your current money, but how to make more.

When you and your spouse face periods of uncertainty or tension, it’s important to remember that you’re fighting for the same thing. Both of you should want your marriage to thrive. However, it’s crucial that you actively listen to one another about how to make that a reality.

No matter how different your ideas are, you and your spouse are on the same team. When one of you falls, the other is there to pick them up. When you’re lying alone and the coldness of life leaves you shivering, your spouse can come to your side and provide the warmth that you need. You’re not fighting against one another. You’re fighting alongside one another in an effort to improve your marriage.

Recognizing What You Can Do Better
2 Corinthians 13:5 (ESV)
Examine yourselves, to see whether you are in the faith. Test yourselves. Or do you not realize this about yourselves, that Jesus Christ is in you?-unless indeed you fail to meet the test!

Your spouse isn’t perfect. Undoubtedly, your husband or wife has some bad habits and quirks that get on your nerves from time to time. Whether it’s her inability to cook like your mother or he continues to put his dirty socks everywhere except the laundry hamper, your spouse has some imperfections that you tolerate. However, it’s crucial that you remember that you’re not perfect either. Depending where you stand on your spouse’s quirks, it’s vital that you remember that he or she is dealing with some of yours, too.

Before you engage in a fight with your partner, spend some time recognizing any areas where you can improve. Don’t approach your conflict from a place of self-importance. Instead, recognize that you’re at least partially to blame from the conflict, and work together to repair it.

Listening More than You Talk
James 1:19-20 (ESV)
Know this, my beloved brothers: let every person be quick to hear, slow to speak, slow to anger; for the anger of man does not produce the righteousness of God.

Finally, perhaps the most important aspect of fighting fair in your marriage is found in listening more than you talk. It’s easy to approach conflicts from a point of view that says, “I need to be heard!” While your feelings and thoughts are certainly an important part of the equation, you and your spouse should commit to listening to one another. This will create an atmosphere in which both of you can safely be heard.

When you’re having a disagreement with your partner, spend more time listening than you do talking. When you listen, don’t simply hear them while planning your rebuttal. Instead, make sure that you’re truly listening to his or her point of view.

A Closing Prayer:
Father, I know that You have joined my spouse and I together for a purpose. You are also fully aware of the conflicts that are such a part of marriage. Help me to approach these conflicts from a place of love, trust, and understanding. Remind me of my own shortcomings so I am less inclined to view my spouse as the enemy. When times of conflict arise, remind us both that we are on the same team, that we have the same goals, and that neither of us are perfect people. Instead, we are imperfect people who serve a perfect God. I ask all of this in Christ’s name, Amen.

Arguments Disagreements Fighting Husbands Marriage Spouse Wives
48301
45
Share
We use cookies on our website to give you the most relevant experience by remembering your preferences and repeat visits. By clicking “Accept”, you consent to the use of ALL the cookies.
Do not sell my personal information.
Cookie settingsACCEPT
Manage consent