A Study on Loss While the Royal Family Grieves 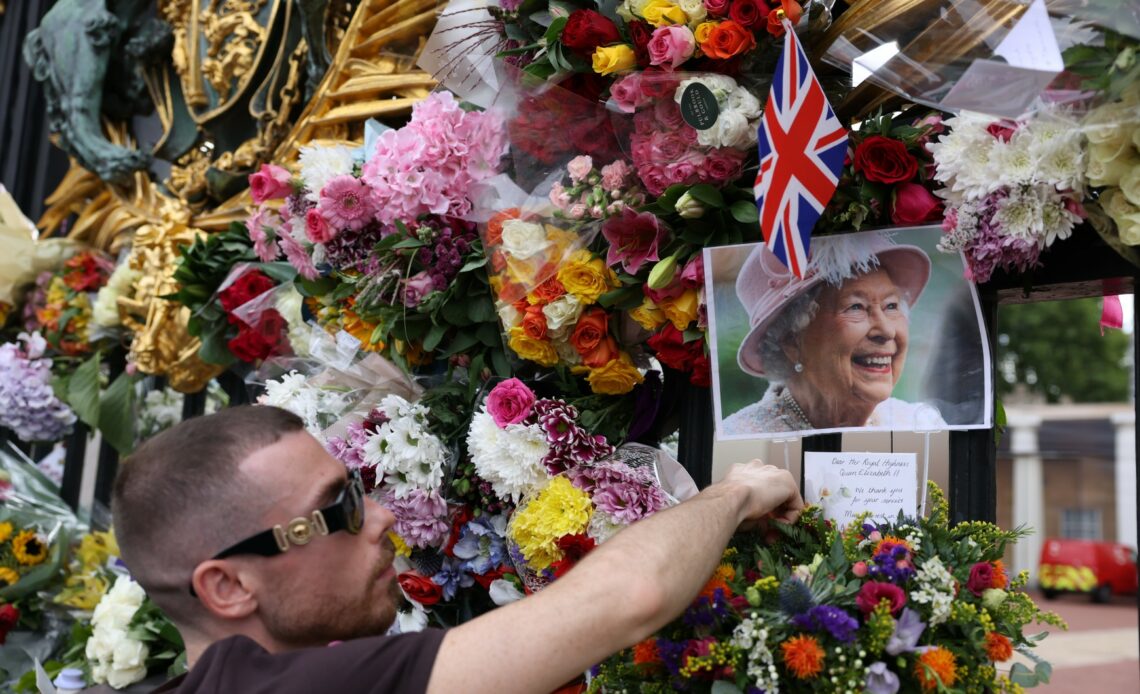 The world lost a Godly leader on September 8, 2022 when Queen Elizabeth II passed from this life into the next. While millions of people around the globe are mourning the loss of England’s longest-tenured monarch, it’s important to note that the Royal Family has lost a mother, grandmother, aunt, sister, and friend. The Bible speaks at length about mourning, providing us with great insight into what God says to us in our times of loss.

On September 8, 2022, billions of people around the globe received the news that Queen Elizabeth II, the longest-tenured monarch in the history of the Royal Family’s health was failing. As new developments came to light during the day, the world learned that the Royal Family had been called to Queen Elizabeth’s side at Balmoral Castle, her favorite residence. Within hours, the official word came that the Queen had passed away.

Within moments world leaders from around the globe responded, providing an outpouring of love and support for the Royal Family. UK residents who were asked about the Queen shared their own pain. One of them was quoted as saying, “The Queen was a powerful woman, respected and looked up to by all world leaders. Despite that power, she was never political, never swinging left or right, she always just wanted the best for the British public.”

It’s amazing that billions of people around the globe are mourning a woman that they didn’t know personally, but that’s certainly not uncommon. However, when praying for the Queen, it’s important that the Church takes the time to pray for the Royal Family as they face a time of grieving.

Grief doesn’t know social classes. The same kind of grief that Queen Elizabeth II’s friends and family is facing right now is a grief that has visited every family at some point. Undoubtedly, you don’t have to think back very far to find a time in your life where you experienced the painful loss of a friend, family member, or loved one. However, we know that God is present in those times of grief.

Even if you are not a resident of the UK, there are things that you can learn about Scripture during this time of worldwide mourning.

The Promise of Comfort

Psalm 34:17-18 (TPT)
Yet when holy lovers of God cry out to him with all their hearts, the Lord will hear them and come to rescue them from all their troubles. The Lord is close to all whose hearts are crushed by pain, and he is always ready to restore the repentant one.

King David, the man who wrote the 34th Psalm was very familiar with grief within a royal family. Earlier in David’s reign as King, he made a terrible mistake. He took another man’s wife, got her pregnant, and then had her husband killed in battle. Based on a single decision, David went from being a righteous man to an adulterous murderer.

In 2 Samuel 12, we read the story of David and Bathsheba, and the fallout that took place after the dust had settled. As a consequence of David’s sin, the son who was produced by his unholy union with Bathsheba got sick. During the course of the child’s sickness, David fasted, prayed, and repented. While God heard his prayers, the child still wound up dying.

It’s important that we don’t forget that the Royal Family is still made up of humans who are grieving the loss of their loved one. It’s easy to see people sitting in positions of power and authority and get the idea that they are somehow above mourning because of their status. Grief does not care about someone’s status in a Royal Family. Instead, the pain associated with the loss of a loved one is the same, regardless of a person’s standing in society.

The people around David knew how troubled he was during his child’s sickness so much so that they were afraid to tell him that his son had died. However, upon learning that his child was gone, David stood up, washed his face, and asked for food. Perplexed by this turn of events, the people around him asked how he was able to be better after knowing his son was gone. David’s response was powerful.

David knew the comfort that he wrote about in Psalm 34 firsthand because he had lived it. The Queen had made her faith known to everyone in the UK and around the world, and because of that, her family can have the same promise that David had. We cannot bring her back to us, but we can go to where she is!

The Promise of a Resurrection

John 11:25 (TPT)
“Martha,” Jesus said. “You don’t have to wait until then. I am the Resurrection, and I am Life Eternal. Anyone who clings to me in faith, even though he died, will live forever.”

Martha, Mary, and their brother Lazarus were friends of Christ. Do you remember how we discussed that grief is not limited to certain people? If anyone should be able to escape grief, it would be the friends of Christ, right? Not exactly.

Jesus knew about Lazarus’ sickness, but He did nothing to prevent his death. When He arrived at the home, Martha confronted Him with the bitter truth that if He had come when they had called, Lazarus would still be alive.

Jesus didn’t rebuke Martha, nor did He rebuke Mary who was just as upset. Instead, He gave them a promise of a resurrection. They didn’t know that Lazarus was going to be brought back to life. It’s easy to become so caught up in the pain of the moment that we forget that our loved ones are going to rise again if they have placed their faith in Christ Jesus.

Jesus didn’t just tell Martha that there was a resurrection. Instead, He told her that He was the Resurrection. This story gives us two-fold hope.

First of all, there are countless verses in Scripture that promise a physical resurrection of the dead when Christ returns for His Church. However, we can rest in that promise because of the second part of Christ’s conversation with Martha. He is the Resurrection! If our faith is in Him as Queen Elizabeth’s was, we don’t have to fear death.

The Promise of Eternity

John 14:2-4 (TPT)
“My Father’s house has many dwelling places. If it were otherwise, I would tell you plainly, because I go to prepare a place for you. And when everything is ready, I will come back and take you to myself so that you will be where I am. And you already know the way to the place where I’m going.”

Queen Elizabeth chose to spend her final days at Balmoral Castle. People close to her have said that it was her dying wish to go there because it was her favorite place as a child, a young woman, and throughout her life. While there have been some pictures of Balmoral, most of us have never seen the intricacies of the design of a castle.

As beautiful as Balmoral undoubtedly is, it pales in comparison to what Queen Elizabeth saw when she stood in front of her Savior. Her family can rest in the promise that she has stepped into a beautiful eternity that is far more glorious than anything she ever saw on Earth.

We can hold to the same promise when dealing with our own grief. If our loved ones have accepted God’s gift of salvation, they are now residents of a glorious city.

Heavenly Father, today, I ask that You comfort the Royal Family as they deal with the loss of Queen Elizabeth. Remind them of the promises that You have made in Your Word, promises of comfort in the presence, a resurrection, and an eternity with You. Help me to remember these same promises when confronted with grief and loss in my own life. In Christ’s name, Amen.

bible Comfort Death God Grief Hope Loss Mourning Queen Elizabeth II Royal Family
3099
1
Share
We use cookies on our website to give you the most relevant experience by remembering your preferences and repeat visits. By clicking “Accept”, you consent to the use of ALL the cookies.
Do not sell my personal information.
Cookie settingsACCEPT
Manage consent