An Unlikely Champion: How to Win the Battles When You’re an Underdog 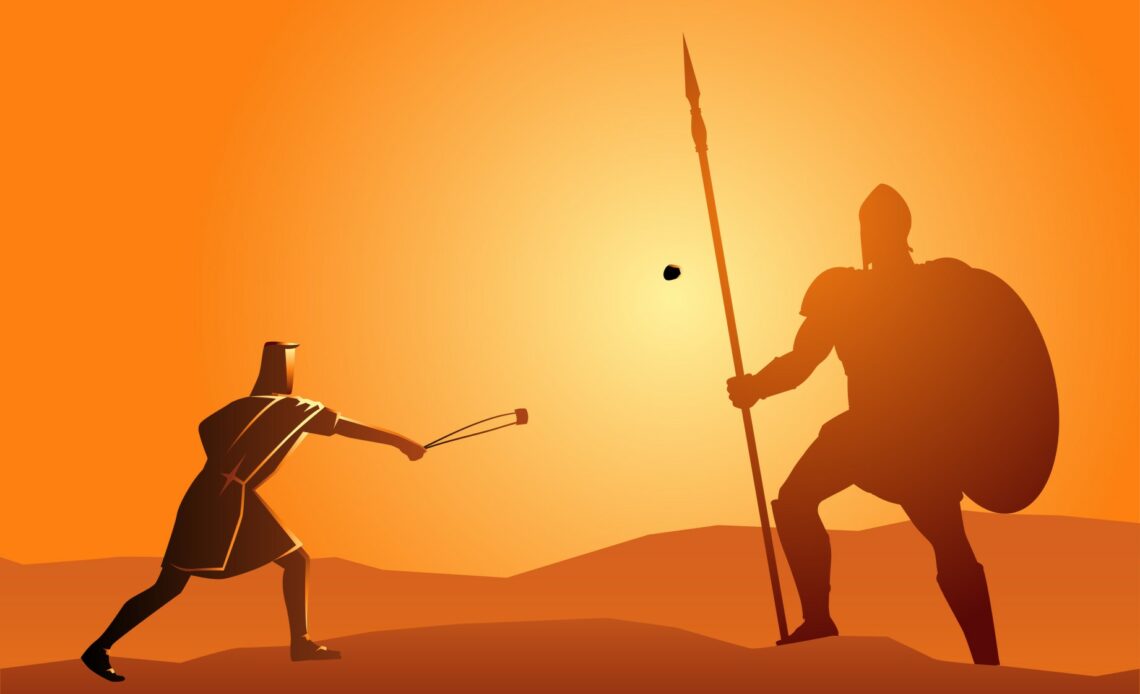 There are times where all of us face spiritual battles when we’re overmatched, outweighed, and seemingly outdone. However, when God is in your corner, you’re never an underdog. Instead, the presence of God in your life makes you a favorite in any battle that you may run into. Understanding how to not only embrace your role as the underdog, but how to turn that role into the role of a champion.

The 1980 Winter Olympic Games took place in Lake Placid, New York. One of the most anticipated events in the Olympics that year was the men’s ice hockey tournament. While anticipated, the outcome was a bit of a foregone conclusion. The Soviet Union had won the last four gold medals, and five of the previous six. When the tournament shook out, the United States wound up playing the Soviet Union in the first game of the medal round. The Soviet Union had positioned themselves as an international power in hockey, and while the sport was being played in the US, the NHL only had 21 teams. The US was far from a hotbed of hockey talent.

The first period ended in a 2-2 tie. Many American hockey fans were satisfied with the fact that the US had simply managed to keep pace with the most dominant team in the world of international hockey. By the end of the second period, the Soviet Union had neutralized the United States’ offense, and taken a 3-2 lead. Surely, things were drawing to a close and the Soviets would bring home another gold medal. The third and final period saw something miraculous happen. Not only did the United States stop the Soviets from scoring any additional goals, but they actually scored two of their own. When the game ended at the end of the third period, the United States (who happened to have the youngest roster in the history of US hockey) had knocked off the team that had taken home Olympic gold five times in their last six opportunities.

While the US went on to beat Finland for the gold medal, the 1980 Olympics are still largely remembered for the US hockey game against the Soviet Union. Not only were the Soviets highly favored, but the US was considered a longshot to even medal. They were the epitome of the term “underdog.”

One of the most famous stories in the Bible is that of David and Goliath. In the same way that people still love to talk about the 1980 Olympic hockey tournament, people are also still drawn to the story of David and Goliath. Why? Because we all love an underdog story. Why is that? Because all of us find ourselves as an underdog from time to time.

The story of David and Goliath can give us three powerful ways to embrace our role as the underdog and turn it into a miraculous victory in our lives.

1 Samuel 17:34-37 (ESV)
But David said to Saul, “Your servant used to keep sheep for his father. And when there came a lion, or a bear, and took a lamb from the flock, I went after him and struck him and delivered it out of his mouth. And if he rose against me, I caught him by his beard and struck him and killed him. Your servant has struck down both lions and bears, and this uncircumcised Philistine shall be like one of them, for he has defied the armies of the living God. And David said, “The Lord who delivered me from the paw of the lion and from the paw of the bear will deliver me from the hand of the Philistine.” And Saul said to David, “Go, and the Lord be with you!”

The battle with Goliath wasn’t the first time in David’s life he had been an underdog. While we could easily look back to the day that the Prophet, Samuel was there to anoint the next King of Israel as a day when David was an underdog, that’s not the example that David chose to focus on. Instead, David talked about the multiple instances when he was working as a shepherd and bears, and lions would come and take sheep out of his flock. Instead of simply sitting back and writing the sheep off as a loss, David charged after the massive predators, caught them and killed them.

The first step to winning the battle when you’re an underdog is found in remembering previous times when you were an underdog. Praise God for yesterday’s victories before you try to take on today’s battles. Doing so welcomes Him into the midst of the situation. When He is there, you can’t lose.

1 Samuel 17:46 (ESV)
This day the Lord will deliver you into my hand, and I will strike you down and cut off your heard. And I will give the dead bodies of the host of the Philistines this day to the birds of the air and to the wild beasts of the earth, that all the earth may know that there is a god in Israel, and that all this assembly may know that the Lord saves not with sword and spear. For the battle is the Lord’s, and he will give you into our hand.”

David didn’t doubt. Can you imagine what kind of faith it took to approach a 10-foot tall giant and declare that God was doing to deliver him into your hand? David didn’t say that he hoped God would do it. Instead, he declared that he would.

Use What You’ve Got

1 Samuel 17:49 (ESV)
And David put his hand in his bag and took out a stone and slung it and struck the Philistine in his forehead. The stone sank into his forehead, and he fell on his face to the ground.

David didn’t have the weapons that Goliath had. All he had was a slingshot and some smooth stones. Fortunately, David was well-versed in using those weapons from his time in the field watching sheep. He didn’t need fancy weapons. Instead, he needed to use what he had.

Similarly, you can use what you’ve got to defeat the giant in your life, even when you’re an underdog. You don’t need new weapons. Instead, you need to simply use the things that God has already put in you. The Bible teaches us that God has given everyone a “measure of faith” (Romans 12:3). When you commit what you’ve got to God’s service, He can use it to do something incredible. It’s up to us to have the faith to reach within ourselves and just sling it like David did.

Father, I know that I’m an underdog in this battle that I’m facing. However, I also know that You have a record bringing underdogs to victory. I may never stand in front of a giant or play in the Olympic Games. But I know that You can use me and bring victory into my life, no matter how big the giant is that is standing in front of me. My battle isn’t mine; it’s Yours. In Christ’s name I ask these things, Amen.

David Goliath Praise Underdog Victory
32830
43
Share
We use cookies on our website to give you the most relevant experience by remembering your preferences and repeat visits. By clicking “Accept”, you consent to the use of ALL the cookies.
Do not sell my personal information.
Cookie settingsACCEPT
Manage consent