Christ Takes His Followers Captive, but Captivity Is a Fragrance of Life to All Who Are His 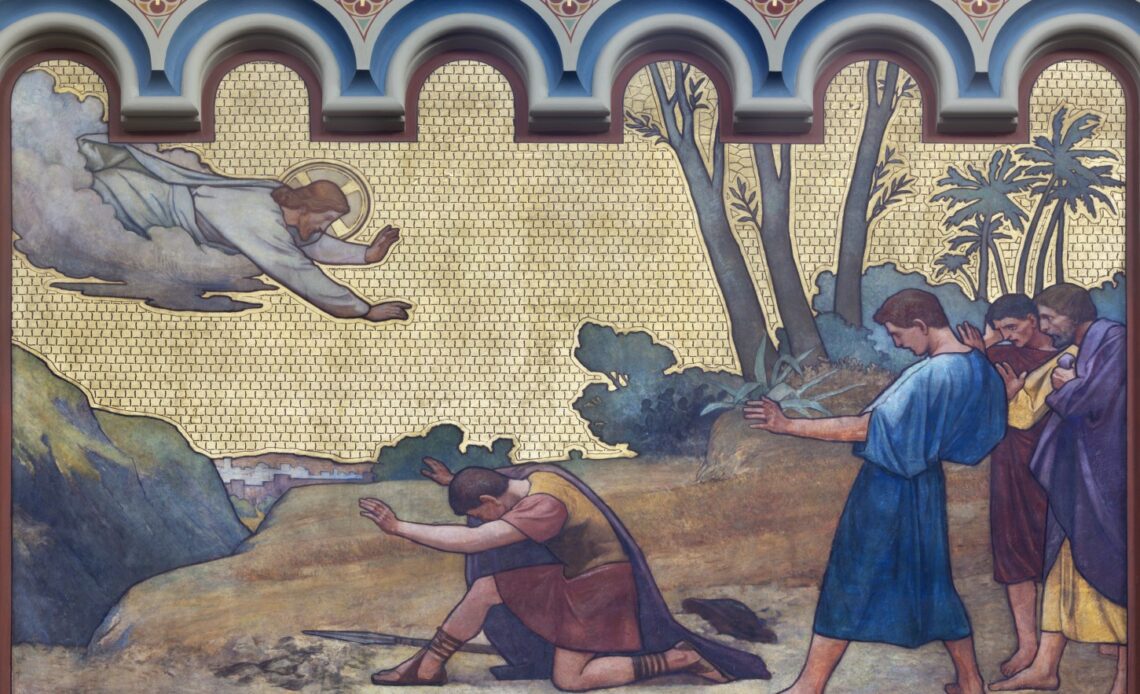 Paul has much to say on the topic of being “in Christ.” It does not take long for someone to notice this – if, in fact, he is looking for it. To the untrained or unilluminated eye, the “in Christ” statements are usually missed. Little thought is given to the topic, and therefore, little power is had in the lives of many, as well. However, Paul does not treat the topic of being “in Christ” as a small matter. Rather, it is almost as though that is THE matter. The Christian is in Christ.

Paul tells his readers to put on the whole armor of God in Ephesians 6:11. Before that, he tells us to put off the old self and to put on the new self in Ephesians 5:24. At the beginning of the epistle, in Ephesians 1:1-14, Paul tells his readers around 11 times that they are in Christ. Many of these times are accompanied by spiritual blessings. Paul says this in the book of Romans: “But put ye on the Lord Jesus Christ, and make not provision for the flesh…” (Rom. 13:14). So what is he specifically speaking of when he mentions the armor of God?

He tells his readers to put on the armor of God. He is basically saying get in Christ or put on Christ. A simple reading of Ephesians 6:10-18 will reveal this. The following are the pieces of armor:

In verse 18, Paul highlights the importance of prayer. The Christian is in Christ, but he will not experience the power of being in Christ apart from prayer. It is as though prayer makes the armor effective.

Paul expresses the importance of being in Christ in 2 Corinthians 2:14-17.

Scripture says, “Now thanks be unto God, which always causeth us to triumph in Christ, and maketh manifest the savour of his knowledge by us in every place” (2 Cor. 2:14). Did you catch how Paul said he triumphed? He said that victory came to him by way of Jesus Christ. Second Corinthians 2:14-17 contains much imagery that is lost to the modern reader unless he does his homework.

In this portion of Scripture, Paul is depicting the way that during his time, great wars were fought. Paul lived during the time of the Roman Empire. This Empire was, surprisingly enough, started through the conquests of the nation of Italy. They did not start with a vast army, but overtime, they conquered, and they grew.

By the time Paul wrote the book of Ephesians, the Romans had conquered the known world. Battles were still fought to keep the peace and uphold the nation. Paul was not a stranger to seeing soldiers parade the streets. He would have also heard many stories of the soldiers who fought valiantly and came home from war. It was with this imagery that Paul seeks to tell of the spiritual truths found within 2 Corinthians 2:14-17.

Scripture says, “For we are unto God a sweet savour of Christ, in them that are saved, and in them that perish: To the one we are the savour of death unto death; and to the other the savour of life unto life…” (2 Cor. 2:15-16). When Paul uses the word “savour,” he is speaking of an aroma or fragrance. When a conquering general would come home, a victory parade would be held in his honor. It was called a “triumphal procession.” In this parade, the general would take the lead, and his prisoners would follow.

This makes it somewhat difficult to catch Paul’s illustration. Paul is saying that he was taken captive by Christ. But at the same time, he also began to follow Christ. For Paul, his captivity to Christ was not seen as a bad thing. However, there are some who would not desire such a thing.

This brings us to the fragrance. When the people would look upon the general and his captives, they would also burn incense. This incense was indicative of the parade itself. The scent would remind people of the parade, much like the smell of bacon reminds someone of breakfast. However, even more thoughts would be conjured up in the minds of the people than simply the parade. The aroma would have reminded the people of the prisoners.

For some, the incense made them think of death; for others, the scent made them think of life. When Paul was taken captive, he thought of life. Nevertheless, many look to Jesus and think of death. They could not imagine following Jesus. They think they need to give up too much to do such a thing. The smell of death is in their nostrils. But Paul could not cease to smell the sweet scent of life abundantly.

Paul concludes with these thoughts: “For we are not as many, which corrupt the word of God: but as of sincerity, but as of God, in the sight of God we speak in Christ” (2 Cor. 2:17). Paul did not desire to be a false teacher concerning God’s message. He saw and knew that victory is only found in Christ. The One for Whom there is a triumphal procession is, and always will be, Jesus. Jesus took Paul captive, and his captivity was a pleasing fragrance.

Now, Paul lived to share the message of the One Who claimed him as His own. Paul was now Jesus’ possession, and Paul longed to tell of the way that others could become Jesus’ possession, as well. He knew that some would smell death in his message, but he also knew that some would smell life. People must make their choice; the divide is, in fact, great.

Paul did not use middle ground to define a group of people, as though some would smell something in-between life and death. It was an either-or type of scenario with two great extremes minus a spectrum. No matter, Paul lived to share that, although he was a great sinner, Christ conquered his heart. Jesus died for Paul so that Paul could be forgiven. Jesus rose from the dead and defeated death. He commanded Paul to bow the knee to Him as Lord and to believe in His wrath-bearing death. Paul did what the Lord commanded, and, oh, how sweet was the scent of his captivity.

Jesus also desires for you to be saved. Will you bow the knee to Jesus as Lord, repent of your sin, and trust in Him as your wrath-bearing sacrifice?

Father, I pray that if I do not see Your Son clearly, then You would open my eyes. Help me to trust in Jesus this day. In Jesus’ name, Amen