Does God Really Have a Plan for This?!

We understand that God’s Word declares that He has a purpose for everything in our lives, both good and bad. However, it’s easy to assume that He is much more able to work with our good than our bad. Can God really have a plan for our hardships? What about when we fail? No matter what you’re facing today, God has a plan and a purpose not only for your life, but for your circumstances.

Romans 8:28-30 (TPT)
So we are convinced that every detail of our lives is continually woven together to fit into God’s perfect plan of bringing good into our lives, for we are his lovers who have been called to fulfill his designed purpose. For he knew all about us before we were born and he destined us from the beginning to share the likeness of his Son. This means the Son is the oldest among a vast family of brothers and sisters who will become just like him. Having determined our destiny ahead of time, he called us to himself and transferred his perfect righteousness to everyone he called. And those who possess his perfect righteousness he co-glorified with his Son!

We often quote Romans 8:28 when talking about how God can use every part of our lives for a purpose. However, the two verses that follow seamlessly flow into the powerful truth contained in verse 28. God is able to weave every detail of our lives together to fulfill His plan of bringing good into our lives because He knew all about us before we were even born. On the surface, that seems like something we already knew. However, when you really dig into it, it’s an even more powerful proclamation. 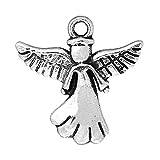 When we face hardships, or we are forced to face up to our own shortcomings, it’s easy to assume that we have somehow encountered something that wasn’t part of God’s grand equation for our lives. That’s simply not the case. If that were true, it would mean that God was somehow not aware of something that He has already seen. Instead, we must stand on the promise that while things may be news to us, they are never news to God.

Whether you’re facing a situation that you’ve created on your own, or you’re simply the victim of your circumstances, you may be wondering if God really has a plan for this. The answer is a resounding yes!

The Life of Joseph

In order to understand whether or not God can turn every detail of our lives into something beautiful, we don’t have to turn beyond the Book of Genesis. While many people think of the Book of Genesis as nothing more than the creation account, that’s not the case at all. Some of the people who are the forefathers of the Christian faith have their stories told in Genesis. One such example is Joseph.

We obviously don’t have the time or the space to tell the entire story of Joseph’s life here. We first meet Joseph in Genesis 37, when he was a teenager. We find out that Joseph was the youngest son of Jacob (his father), and because he was the product of Jacob’s old age, Jacob did favor him. Ideally, parents don’t have a favorite child, but that wasn’t the case with Joseph. In addition to being favored by his father, which created a great deal of division among him and his brothers, but Joseph also had prophetic dreams. Those dreams, combined with the favoritism from Jacob, caused his brothers to hate him.

Genesis 37:27-28 (ESV)
Come, let us sell him to the Ishmaelites, and let not our hand be upon him, for he is our brother, our own flesh. And his brothers listened to him. Then Midianite traders passed by. And they drew Joseph up and lifted him out of the pit, and sold him to the Ishmaelites for twenty shekels of silver. They took Joseph to Egypt.

His brothers hated him so much that they sold him into slavery. While that sounds horrible, it’s certainly better than their first plan. Initially, they wanted to throw him into a pit (the same pit that they pulled him out of) and leave him there to die. Sadly, they hated him so much that selling him into slavery was an upgrade over their previous plans. Now, a teenager is snatched from his family and sold into slavery, carried away into a foreign land. Once Joseph was there, he continued to face adversity and hardships.

Genesis 39:20-21 (ESV)
And Joseph’s master took him and put him into the prison, the place where the king’s prisoners were confined, and he was there in prison. But the Lord was with Joseph and showed him steadfast love and gave him favor in the sight of the keeper of the prison.

Joseph’s problems went from bad to worse, once again through no fault of his own. He worked for a man named Potiphar, and one day, Potiphar’s wife decided that she wanted to seduce Joseph. When he rebuffed her advances, she flew into a fit of rage, and accused him of making advances toward her. Potiphar, trusting his wife threw Joseph into prison. While there, Joseph’s prophetic gift continued to operate, allowing him to connect with employees of Pharaoh. However, even they didn’t hold up to their promises to him.

Genesis 40:23 (ESV)
Yet the chief cupbearer did not remember Joseph, but forgot him.

Joseph had interpreted a dream for the cupbearer, and in return, the man was supposed to tell Pharaoh about Joseph and his case in the name of getting him out of prison. However, upon his release, the cupbearer forgot about Joseph. It wasn’t until Pharaoh started having mysterious dreams of his own that the cupbearer remembered Joseph and told Pharaoh about him. Pharaoh sent for Joseph, Joseph interpreted his dreams for him, and Joseph was placed in a position of power again.

Joseph’s life was anything but perfect. However, God was working behind the scenes in every single instance that we read about today. However, we need to know the end result, don’t we? If the end result is that Joseph got brought out of the prison and put in a position of power, that just means that everything “worked out.” It doesn’t really speak to God’s ability to use our bad moments for His good purpose. Fortunately, that’s not where the story ends.

Genesis 45:7-8 (ESV)
And God sent me before you to preserve you a remnant on earth, and to keep alive for you many survivors. So it was not you who sent me here, but God. He has made me a father to Pharaoh, and lord of all his house and ruler over all the land of Egypt.

When a famine took over the entire land, the same brothers who sold Joseph into slavery, beginning this nightmarish stretch of his life that some historians believe lasted around 20 years. Instead of approaching them with bitterness, Joseph said that God had sent him to Egypt, not his brothers. Why? Because God was working beneath the surface.

We have the same promise. Even when things are going as badly as we believe they can go, God is still at work. Who knows? Maybe He can use our seasons of darkness to produce something beautiful in our own lives, and the lives of others.

Heavenly Father, I know that You can weave every detail of my life together to produce something beautiful. Even if I don’t see the good in what’s happening now, I trust You with every aspect of my existence completely. In Christ’s name, Amen.

Adversity Failures Faith God’s Plan goodness Hardships Provision Purpose Trials Tribulations
3111
11
Share
We use cookies on our website to give you the most relevant experience by remembering your preferences and repeat visits. By clicking “Accept”, you consent to the use of ALL the cookies.
Do not sell my personal information.
Cookie settingsACCEPT
Manage consent