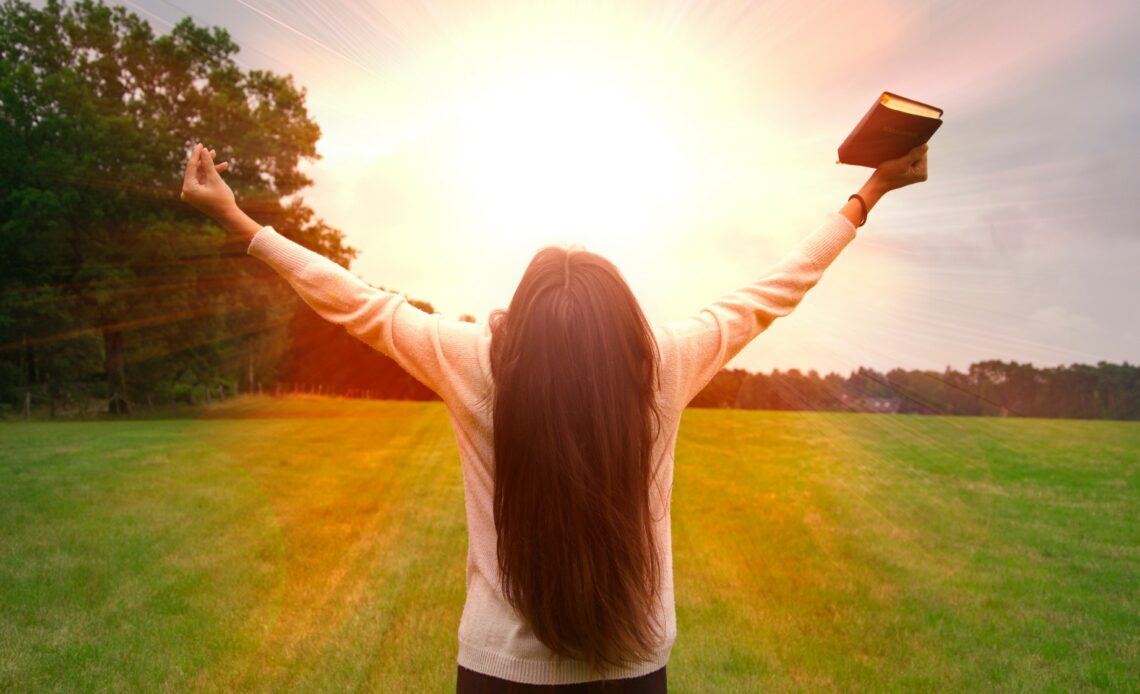 We’re really good at celebrating what we consider the big wins. When we get a promotion that we’ve been praying for over the months, we celebrate. There is perhaps no better example of celebration than when a baby is born after months of pregnancy and the sickness that it can bring about. When you finally get to purchase a home, you celebrate a turning point in your life. However, there are “little” victories that we experience every day. Knowing how to recognize them and celebrate them is a great way to grow your faith.

Every game isn’t the Super Bowl. In fact, each year in the NFL, teams play three games before the season starts that don’t even really count. These preseason exhibition games allow players to get back into “game shape” while new coaches get the chance to implement the changes that they want to make to the team. Preseason games also give coaches a chance to see their rookie draft picks go up against other NFL talent for the first time in their lives. The preseason matters, but most teams don’t particularly care about their preseason record.

While most teams don’t really celebrate preseason wins, the Ravens do. Head coach, John Harbaugh has gone on record multiple times talking about how important it is to his players to keep that record intact. Lamar Jackson, who plays quarterback for the Ravens can often be seen celebrating with his teammates following a preseason win.

What would our lives look like if we adopted a similar approach? Every victory that we experience in our lives isn’t necessarily a life-changing, but that doesn’t mean that we shouldn’t take a moment and celebrate them. The Ravens choose to celebrate their preseason victories, and they are widely considered one of the most successful regular season and postseason teams in the NFL.

How can you celebrate the victories that you don’t consider big? Let’s look to some examples in Scripture and find the answer to that question. Doing so is a great way to build your faith, allowing you to fully trust God when you’re asking for the “big” things.

Isaiah 54:1-3 (NLT)
“Sing, O childless woman, you who have never given birth. Break into loud and joyful song, O Jerusalem, you who have never been in labor. For the desolate woman now has more children than the woman who lives with her husband,” says the Lord. “Enlarge your house; build an addition. Spread out your home, and spare no expense! For you will soon be bursting at the seams. Your descendants will occupy other nations and resettle the ruined cities.”

One of the greatest aspects of praising God for the small things in your life is found in the fact that it allows you to praise Him in advance for the big things. When Isaiah received this prophetic word from God, Israel was living in bondage. Hundreds of years after God had brought them out of Egypt, Israel allowed their own disobedience to put them back into the same situation.

However, there were constant examples of God continuing to prove His own faithfulness in the face of their adversity. In order for the people of Israel to praise God in advance for what they were asking Him to do, they needed to look back at those things.

If that’s the case, spend some time looking for “small” things that God has done so you can praise Him in advance for the “big” things that you’re asking Him to do. God commanded Israel to do that, and He wants us to do the same thing.

It’s All About Him

James 1:16-17 (NLT)
So don’t be misled, my dear brothers and sisters. Whatever is good and perfect is a gift coming down to us from God our Father, who created all the lights in the heavens. He never changes or casts a shifting shadow.

When you take a moment and realize that every good thing in your life is a gift from God, you can better recognize the little things that He has given you. Most of us take things for granted, especially if they aren’t things that drastically shift our current situations.

How many things have to work together in order for you to live every day? Your heart has to pump blood to the rest of your body, while your brain has to tell your body what to do. Every system in your body needs to work together for you to wake up, get out of bed, and go about your day. We rarely recognize this type of thing as a miracle, but that’s exactly what it is. Who but God could create something as intricate as the human body? The fact that you’re awake and alive reading today’s study is a miracle.

Matthew 13:31-32 (NLT)
Here is another illustration Jesus used: “The Kingdom of Heaven is like a mustard seed planted in a field. It is the smallest of all seeds, but it becomes the largest of garden plants; it grows into a tree, and the birds come and make nests in its branches.”

There is nothing bigger than the Kingdom of God. The Kingdom of God reaches beyond the world that we live in and into the Heavens where He sits on His throne. It includes the souls of every human who has ever lived or will ever live. The Kingdom of Heaven is an all-encompassing term. According to Christ, even the biggest thing that we can imagine starts off small.

While you’re waiting on God to do something “big” in your life, evaluate what’s happening and see if there aren’t some small things that are leading up to it. Every miracle doesn’t happen in an instant. In most cases, they start small and turn into something larger.

When you find small things that align with what you’re asking God to do, you can see the hand of God working in your life.

Heavenly Father, I know that I’m asking You to do some big things in my life, but I also know that nothing is too big or too hard for You. Help me to recognize Your hand at work in my life so I can praise You for the things that I didn’t realize You were doing. Help me to be more grateful. Open my eyes so I can see that You are moving, even in the things that I consider small. In Christ’s name, Amen.

Amen Celebration Faith God Miracles Praise Prayer Triumph Victories Worship
1736
1
Share
We use cookies on our website to give you the most relevant experience by remembering your preferences and repeat visits. By clicking “Accept”, you consent to the use of ALL the cookies.
Do not sell my personal information.
Cookie settingsACCEPT
Manage consent