Financial Stewardship in the Bible 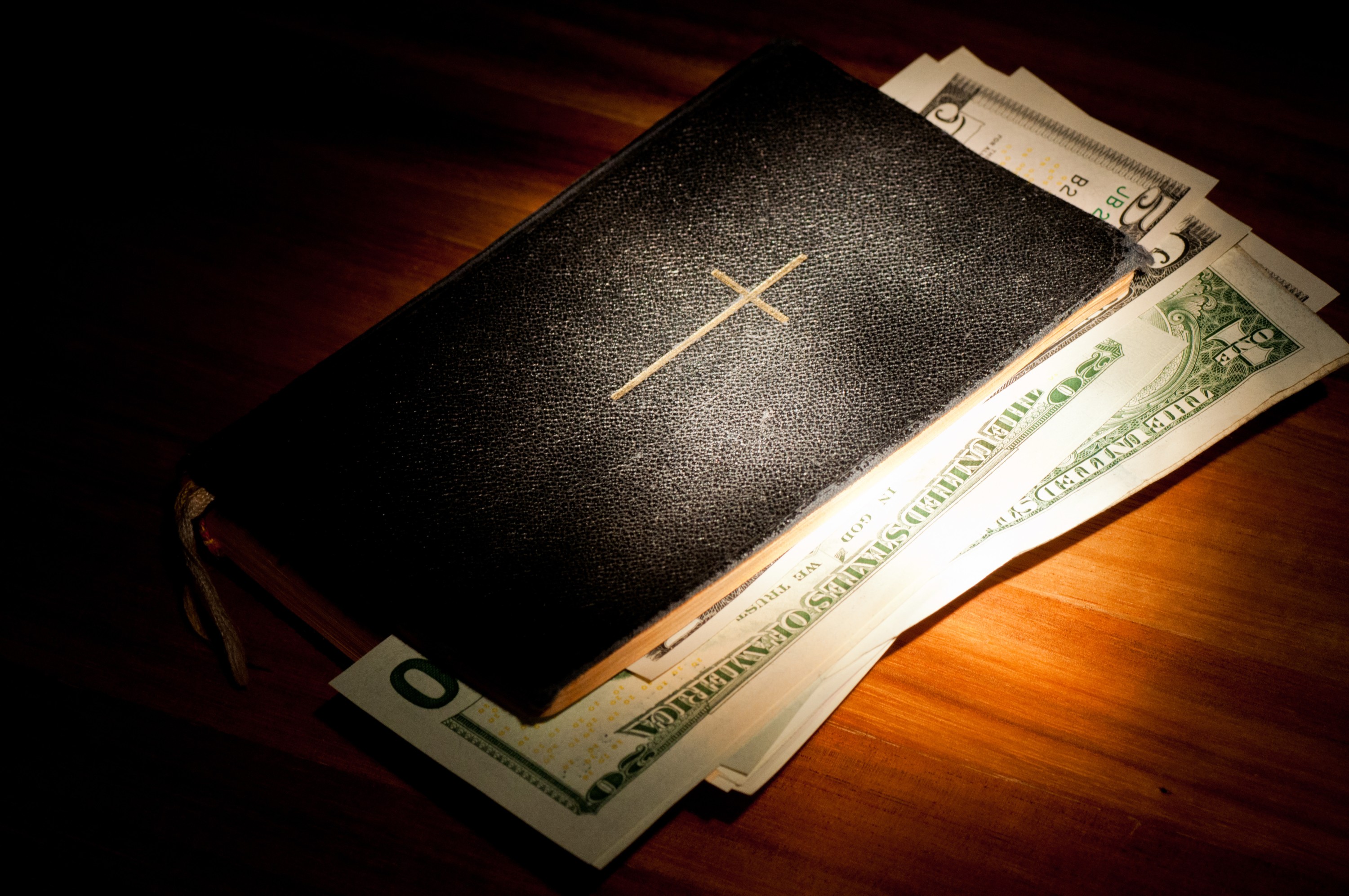 Many Christians get uncomfortable when the subject of money comes up. Because of this discomfort, many church leaders are reluctant to preach and teach on Biblical money management. However, a great deal of Jesus’ teachings focused on financial stewardship. In fact, 16 of His 38 parables discuss money and possessions in one way or another. The fact that nearly 50% of Jesus’ parables discussed financial stewardship indicates that He was concerned about how His people handled their finances. For the next few moments, open your heart and allow God to speak to you about money management as we look at what the Bible says about money.

Giving in the Old Testament

Both the Bible and secular historical sources teach us that during the earliest days of civilization there was not a formal monetary system in all cultures. Instead, many people would trade, or “barter” with their neighbors to obtain the goods that they needed. For instance, a man who didn’t have a great deal in the way of livestock but was a master builder may trade a table he built with a farmer who had an abundance of animals. Essentially, the goods that people needed were their own form of currency.

God recognized the fact that since these items had value, there was a chance for His people to make obtaining items their top priority. While there are no commands to give a tithe mentioned in the Book of Genesis, we read that both Abraham (Gen 14:20) and Jacob (Gen 28:20-22) gave 10%. The first time that a tithe is explicitly commanded is found in Leviticus 27:30-32 (ESV):

Deuteronomy 14:29 (ESV)
And the Levite, because he has no portion or inheritance with you, and the sojourner, the fatherless, and the widow who are within your towns shall come and eat and be filled, that the Lord your God may bless you in all the work of your hands that you do.

The Levites (or priests) had nothing to tithe because they did not farm or work outside of the temple. Part of the tithe was to ensure that they had food to eat to sustain them for their work. God also commanded a tithe in order to feed sojourners (or travelers), orphans and widows. Even in the earliest times, God mandated a tithe to carry out the mission of ministry to the less fortunate! Children who were fatherless or had become orphans had no way to earn an income, and widows had no husband to provide for them. That’s why God commanded a tithe to be brought in so the less fortunate could be cared for.

Finally, in Malachi 3:8-9 (ESV), God equates a failure to give tithes and offerings to robbery:
Will man rob God? Yet you are robbing me. But you say, ‘How have we robbed you?’ In your tithes and contributions. You are cursed with a curse, for you are robbing me, the whole nation of you.

God indicated that the trouble that Israel was experiencing was directly related to their failure to give. So He lays a challenge down to them in the next verse:

Malachi 3:10 (ESV):
Bring the full tithe into the storehouse, that there may be food in my house. And thereby put me to the test, says that Lord of hosts, if I will not open the windows of heaven for you and pour down for you a blessing until there is no more need.

This is the only Bible verse where humanity is told to test God. God promised His people that if they would take this challenge that He would personally open up the window of Heaven and pour them out a blessing until there was “no more need.”

Tithing in the New Testament

People who are uncomfortable with the idea of tithing generally make one of two arguments:
1-Tithing isn’t mentioned in the New Testament.
2-The modern church isn’t under the Law of Moses

While it is true that we are not bound by the Law of Moses (Gal 5:4), saying that tithing isn’t mentioned in the New Testament is simply untrue. In fact, Jesus discussed the tithe in the Gospel of Luke!

Luke 11:42 (ESV)
But woe to you Pharisees! For you tithe mint and rue and every herb and neglect justice and the love of God. These things you ought to have done without neglecting the others.

Take a look at the last part of that verse. Jesus said that tithing is something that they SHOULD do, but not at the expense of justice and loving God.

Luke 21:1-4 (ESV)
Jesus looked up and saw the rich putting their gifts into the offering box, and he saw a poor widow put int two small copper coins. And he said, “Truly, I tell you this poor widow has put in more than all of them. For they all contributed out of their abundance, but she out of her poverty put in all she had to live on.”

Just before Jesus’ Passion Week began, he saw wealthy people giving to the church and also watched a poor widow give the only two copper coins that she had. And in these four often overlooked verses, we see what Jesus thinks about giving in the modern church. It’s not about how much we give; but it’s about the heart that we give with. In 2 Corinthians 9:7, Paul elaborates on this point when he says that “God loves a cheerful giver.”

God’s desire for us to give isn’t about meeting a 10% requirement. I daresay that failing to tithe will not result in eternal damnation and separation from God. God’s desire for us to give tithes and offerings is based in the fact that He wants us to fully trust Him in every aspect of our lives, including our finances. Giving a portion of our financial assets isn’t about checking off items on a list we have to complete to keep God happy. Instead, it’s about submitting every area of our life to God so He can bless every part of our existence.

Furthermore, one of the reasons for the existence of the Church is to care for those who are less fortunate. We are called to help those who don’t have what they need, orphans and widows (James 1:27, 2:14-17). In order to do that, the local church relies on the giving of its members. Our giving has a direct impact on the Church’s ability to fulfill its divine mandate.

Discussing finances can be uncomfortable, and many people quickly say, “The church only wants my money!” Nothing is further from the truth. The church is one of the only places you go that doesn’t “just want your money.” Your local grocery store, coffee shop, gas station, gym and other places of business “just want your money.” The Church needs the financial contributions of its members in order to fulfill the charitable aspect of God’s will for His Church.