Finding Faith When You’re Trapped in the Fog of War

As God’s children, all of us are engaged in a spiritual battle that never ceases. As long as we are in this world, there will be forces of evil trying to cause us to give up our faith in God and pursue the desires of the flesh. There are times where the battlefield that we find ourselves on is more than we believe we can bear, but when the fog of war rolls in, we have a Source of hope and somewhere to place our faith.

The fog of war is a phenomenon that has been described by soldiers who have spent time on active battlefields for generations. While each of them has their own different versions of what the fog of war really looks like, the general idea is the same. According to the many of the brave men and women who have served our country, the fog of war is an event that happens during one of the hottest parts of the battle. It happens when there are bullets flying everywhere, shrapnel has filled the air, sand and dust are everywhere, and vision is at a minimum. It’s not a traditional fog, but it has the same impact on soldiers that fog has on drivers, pilots, or others who are trying to navigate their way through it.

The Bible is very clear about the fact that as God’s people, we are engaged in a spiritual battle. The first shots in this war were fired in the Garden of Eden when Satan convinced Eve to eat of the forbidden fruit and she gave it to Adam. Over the years, the battle has raged without end. When God’s people were enslaved in Egyptian bondage before the Exodus, it looked like the forces of darkness were winning, but God raised up a leader named Moses to deliver His people through the fog of war into the land of promise. As the Old Testament passed and God’s people continued to find themselves blinded by the fog of war and constantly in and out of bondage, God continued to raise up men and women who would seek His face and allow His power to operate through them. 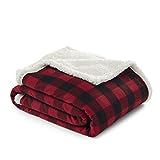 The battle didn’t end in the New Testament. Instead, it only intensified. While the birth of Christ was certainly a turning point in the battle, it once against seemed as though Satan and his forces were about to win on the first Good Friday when Christ laid down His life on the cross. However, the end of the story was written on the first Easter Sunday when Christ rose from dead, victorious over death, hell, and the grave.

While we know how this battle will end, it’s important that we remember that it is still going on all around us. There are moments where the fog of war sets in, and it’s hard to see where we’re going, who we’re fighting, and what we have in front of us. Fortunately, Scripture provides a great insight into the battle that we are engaged in and how we can navigate the battlefield in front of us.

Child of God, you already have the victory. The fate of the enemy was sealed on the day when Christ walked out of the tomb. However, Satan and his forces will not take this defeat lying down. They are still committed to destroying as many lives as possible and leading people into eternal darkness. We don’t have to fall prey to the enemy, and we can help ensure that those around us don’t either. Let’s look at some principles for maintaining faith in the fog of war.

Ephesians 6:10-13 (TPT)
Now my beloved ones, I have saved these most important truths for last: Be supernaturally infused with strength through your life-union with the Lord Jesus. Stand victorious with the force of his explosive power flowing in and through you. Put on God’s complete set of armor provided for us, so that you will be protected as you fight against the evil strategies of the accuser! Your hand-to-hand combat is not with human beings, but with the highest principalities and authorities operating in rebellion under the heavenly realms. For they are a powerful class of demon-gods and evil spirits that hold this dark world in bondage. Because of this, you must wear all the armor that God provides so that you’re protected as you confront the slanderer, for you are destined for all the things and will rise victorious. 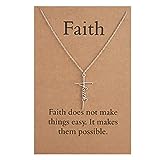 Contained within these four verses, Paul provided a great deal of information about how we can deal with the fog of war. Applying some of the principles that Paul detailed can help us to ensure that we’re maintaining our focus on the right things, regardless of how chaotic the battle around us seems to be.

In addition to a supernatural infusion, Paul says that we should stand victorious. Did you catch that? He doesn’t say that we should fight for victory. Instead, Paul says that we can stand victorious. When you find yourself surrounded by the fog of war, rest in the fact that the battle has already been won. We are not fighting in an effort to win the war; we are fighting in a war that has already been won.

The second, and perhaps most important part of enduring the fog of war is found in Paul’s reminder about who the enemy is. “Your hand-to-hand combat is not with human beings, but with the highest principalities and authorities operating in rebellion under the heavenly realm.” Paul goes on to describe this powerful class of demon-gods and evil spirits who are the source of the world’s bondage.

Remembering who the enemy is ensures that you know where to keep your focus in the fog of war. Have you ever heard of the term “friendly fire?” It’s a tragic accident in which a member of one group shoots another member of his or her own side. In some cases, this friendly fire results in a tragic death. As Christians, we must remember who our enemy is so we don’t spend time fighting with people who are on our side.

Finally, one of the best ways to ensure that you don’t fall prey to the fog of war is to be covered and protected by the armor of God. When we know that we are protected and covered in God’s armor, we don’t have to go into a panic when the fog of war surrounds us.

Our faith in God ensures that we don’t lose hope in the middle of the spiritual battle that we’re all engaged in. If it seems like there is nothing around you but chaos and the fog of war has encapsulated you, hold fast to His promises. We already have the victory.

God, please help me to find your presence in the fog of war. Remind me who the real enemy is, remind me that I am a child of victory, and that Your armor protects me. In Christ’s name, Amen.