Finding the Balance Between Faith and Works 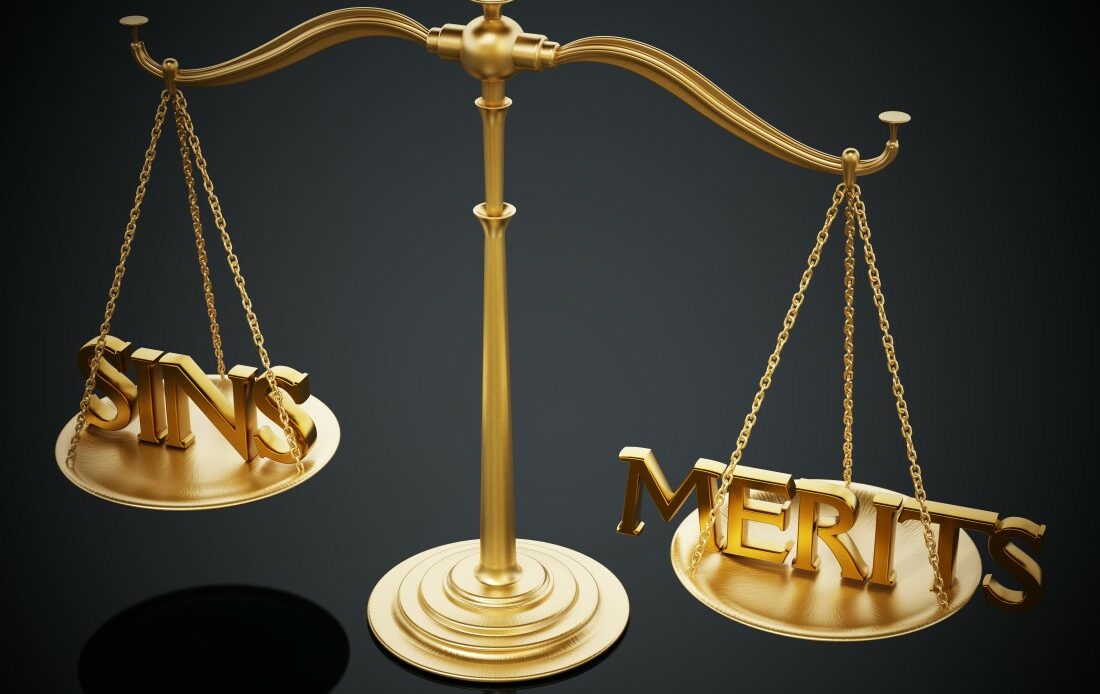 Does God really care about our good works? Is there something you can do to earn God’s grace, love, and favor? Trying to find the balance between faith and good works can be difficult, especially when there’s so many conflicting opinions out there. Understanding what good works are and how God views them can help us strike the balance between performing good works and resting in the grace of God.

How do you envision your relationship with God? For many people, the answer to that question involves some variation of the Lady Justice statue. In that sculpture, a woman is seen holding a set of scales in one hand, as she weighs out both sides of a case, determining the guilt or innocence of the person on trial. While that may be a fine way to determine someone’s guilt or innocence in the natural sense, it’s a skewed version of God, one that doesn’t line up with Scripture at all.

God is not a man who sets with the scales of justice in His heavenly hands weighing out everything that we do, before ultimately deciding the fate of our eternal souls based on which side has more weight. That’s simply not how grace works. However, the Bible also tells us in multiple verses (some of which we will look at in a moment) that God expects His people to perform good works.

So, what do we do? Do we just sit back and wait for our entry into Heaven? Or should we be looking for opportunities to perform good works? Does performing those works get us any sort of special positioning with God? The answers to all these questions can be found in Scripture.

Works Don’t Earn Grace
Ephesians 2:8-9 (TPT)
For it was only through this wonderful grace that we believed in him. Nothing we did could ever earn this salvation, for it was the gracious gift from God that brought us to Christ! So no one will ever be able to boast, for salvation is never a reward for good works or human striving.

Before Paul converted to Christianity, planted churches, and wrote most of the New Testament, he was one of the religious leaders of the day. As a member of the Pharisees, Paul believed in good works. In fact, the Pharisees claimed to follow every law of Moses. While we may think of Moses’ Law as the Ten Commandments, it’s important to note that there are well over 600 commandments that God gave Moses to pass along to the children of Israel. Those laws dictated everything from what they could eat to their personal hygiene habits.

Part of the reason that the Pharisees were so adamant about keeping all of these laws was that they believed they could earn God’s grace. In fact, they didn’t fully understand the concept of grace, as grace isn’t something you earn at all. Instead, it’s something that God gives because we have no hope of fully living up to His standard of living.

Our works don’t earn God’s grace. However, as we read more, our good works are a product of that grace.

Faith Without Works
James 2:26 (TPT)
For just as a human body without the spirit is a dead corpse, so faith without the expression of good works is dead.

Before we get into what James was really saying in this Scripture, let’s make sure that we understand who James was. James was the half-brother of Jesus. After Mary gave birth to Christ, she and Joseph had other children. James, the writer of this epistle that bears his name grew up in the same household as Jesus Christ. If anyone had a good idea about what Jesus was looking for, it was James.

To gain a better understanding of the point that James was making, let’s try to draw a comparison to something we may have a better understanding of. If you’re married, you know that the love that you have for your spouse changes your behavior. It doesn’t always mean that you become a completely different person, but there are some things that you do now that you probably didn’t do when you were single. For instance, if you know that your spouse hates when you toss your dirty clothes on the floor without putting them in the hamper, you (ideally) make some changes and make sure that your clothes land in the hamper. Your love for your spouse and the love that they show you causes you to modify your behavior.

Are There Benefits to Good Works?
1 Corinthians 3:12-15 (TPT)
The quality of materials used by anyone building on this foundation will soon be made apparent, whether it has been built with gold, silver, and costly stones, or wood, hay, and straw. Their work will soon become evident, for the Day will make it clear, because it will be revealed by blazing fire! And the fire will test and prove the workmanship of each builder. If his work stands the test of fire, he will be rewarded. If his work is consumed by the fire, he will suffer great loss. Yet he himself will barely escape destruction, like one being rescued out of a burning house.

The foundation that Paul was referring to here was a relationship with Jesus Christ. That’s the foundation of our faith. We believe that Jesus is the only Son of God, that He died on a cross for our sins, and that He rose back to life on the third day (Romans 10:9). That’s our foundation. The good works we perform after coming to that realization are the building that Paul was talking about.

According to Paul, good works are like gold, silver, and precious metals. When those good works are put to the test (a trial by fire, of sorts), they are capable of withstanding it. However, a house that is built on the foundation of Christ’s Lordship but doesn’t include any good works is not designed to withstand any fires.

In verses 14-15, Paul gets straight to the point. The believer whose works are able to withstand the test of fire will be rewarded. Conversely, the person who builds a house without good works will lose the home, but he will be saved, like one being rescued out of a burning house.

A Closing Prayer:
God, I know that I can’t earn Your love or Your grace. However, I want to be an active participant in Your Kingdom. Show me opportunities to perform good works. Not because they will make You love me, but because You already do. In Christ’s name I ask these things, Amen!