Giant Slaying: How to Defeat These 3 Giants 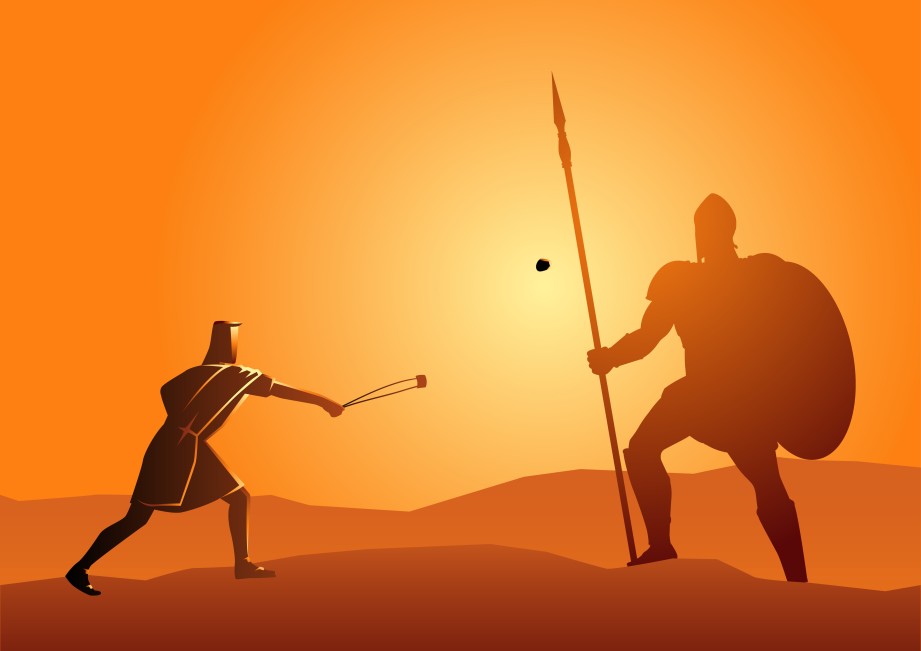 1 Samuel 17 recounts one of the most popular stories in all of Scripture. David, a teenage shepherd boy stands toe-to-toe with a 10-foot-tall giant named Goliath. Armed with nothing but a smooth stone and a slingshot (and a whole lot of faith), David confronted his giant and stood victorious. We have our own giants too. They may not be named Goliath, but they’re big and they are scary. However, through Christ, we have the victory.

Regardless of how long you’ve been attending church, you’ve probably heard the story of David and Goliath. The story, which is found in 1 Samuel 17, is so popular that it’s been used in several secular movies, songs, TV shows, and other outlets. It’s no coincidence that an undersized, teenage shepherd boy defeating a bigger, faster, scary giant resounds with people of all walks of life. Afterall, we all have our own giants.

However, through our faith in Christ, we can be as victorious as David. When you look at your giant, it probably doesn’t have hundreds of pounds of armor on like Goliath did. However, it may still seem just as indestructible as Goliath looked.

Our giants take on various forms, but all of us have some giants that loom over us. Spitting the same sort of threats and intimidation tactics Goliath used, your giant may haunt your dreams and ruin your day. However, you are not fighting for victory. Instead, as a child of God, you fight from victory. He’s already won the war, but he lets us participate so we can better understand His goodness, His power, and His love for us. Let’s defeat some giants.

The Giant of Addiction

Psalm 32:3-5 (TPT)
Before I confessed my sins, I kept it all inside; my dishonesty devastated my inner life, causing my life to be filled with frustration, irrepressible anguish, and misery. The pain never let up, for your hand of conviction was heavy on my heart. My strength was sapped, my inner life dried up like a spiritual drought within my soul. Then I finally admitted to you all my sins, refusing to hide them any longer. I said, “My life-giving God, I will openly acknowledge my evil actions.” And you forgave me! All at once the guilt of my sin washed away and all my pain disappeared.

This portion of Scripture could be applied to anyone who is struggling with addiction of any kind. When we hear the term “addiction,” we automatically think of drugs or alcohol. While substance abuse is certainly one form of addiction, it’s far from the only one. For instance, roughly 40 million Americans visit pornography websites “regularly.” 35% of all internet downloads pertain to or contain pornography, putting it ahead of music, movies, TV shows, or games. It’s a very real addiction. Others struggle with addiction to work, addiction to sex, or addiction to any other unhealthy outlet.

While addictions vary in type, most addicts have something in common: they’re ashamed of their addiction. Most drug addicts never intended to become hooked on drugs. Instead, their brain and body developed a dependence on these substances that they are now largely ashamed of. Alcoholics rarely set out to become alcoholics, and pornography addicts largely assumed it was “just one video.” However, addiction takes hold quickly, and people are left trying to fight that giant. 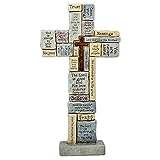 Allow the words of David to minister to you if you’re fighting the battle of addiction. Stop keeping it all inside. Stop allowing irrepressible anguish to take hold of your life. Start by confessing your addiction to God. It’s not that He doesn’t know about it, but He wants to hear from you. Once you’ve acknowledged it to God, seek help. There is no shame in your addiction, but this giant does not have to reign victorious in your life.

The Giant of Money

Matthew 6:25 (TPT)
“This is why I tell you to never be worried about your life, for all that you need will be provided, such as food, water, and clothing-everything your body needs. Isn’t there more to your life than a meal? Isn’t your body more than clothing?
Matthew 6:31 (TPT)
“So then forsake your worries! Why would you say, ‘What will we eat?’ or ‘What will we drink?’ or ‘What will we wear?’ For that is what the unbelievers chase after. Doesn’t your heavenly Father already know the things your body requires?”

These two passages from The Sermon on the Mount speak directly to a giant that all of us face at some time or another: the giant of money. There’s no denying it, we need money to live. There are bills to pay, groceries to buy, kids that are growing out of clothes at a rapid pace, and a thousand other demands on your limited budget. Even people who consider themselves independently wealthy often worry about making more money because they need to keep up their standard of living. If addiction is a common giant, money is a giant that lives in even more homes.

Humans have an innate desire to control what we can control. In many cases, we feel like we can control our finances. If we work more hours, tighten the budget, make some cutbacks, and perform a few other financially responsible tasks, surely, we can overcome this giant, right? Being financially responsible is good. In fact, the Book of Proverbs contains lots of insights about how to achieve financial responsibility.

Combining those teachings with these words of Christ is a great way to overcome the giant of money. Let’s be honest, regardless of how much money you’ve got, you probably wish you had more. The giant of money isn’t necessarily about wanting to make more money. Instead, it’s about the fear of not having enough.

Jesus promised that He would meet all of our basic needs. Outside of that, He gives us a lot of our wants, as well. If you’re reading this on a smart phone, a tablet, or computer, that’s an example of God supplying our wants. When we combine the teachings of Scripture about money with the promise that God will meet all of our needs, the giant of money can fall!

The Giant of Fear

Philippians 4:7 (TPT)
Then God’s wonderful peace that transcends human understanding, will make the answers known to you through Jesus Christ.

All of us are afraid of something. Each and every one of us have something that nags at our mind, costs us our sleep, makes us lose our appetite, and exhibit all the other symptoms of fear. Some of those fears are rational while other fears are based on situations that we will probably never encounter. Please understand, it doesn’t matter if your fears are founded or unfounded. Fear is a very real giant that we all face at one point or another.

Unlike some of the other fears that we’ve discussed, overcoming this giant isn’t about something that you do on your own. The giant of addiction can be conquered through prayer and professional help. The giant of money can be overcome through study of Scripture and the application of what God’s Word says about the topic. However, fear is a much different giant.

Overcoming the giant of fear isn’t really about you doing anything at all. Instead, it’s about doing nothing. What? That doesn’t make sense on the surface. The “wonderful peace that transcends human understanding” doesn’t come as a result of us doing something. Instead, it’s the result of us simply turning everything over to God. When we embrace His peace and His love, fear has to flee. In fact, the Bible tells us that perfect love (the kind of love that God offers His people) casts out all fear (1 John 4:18).

Our giants aren’t 10-foot-tall Philistines who stand over us decked out in armor from head to toe. In fact, most of our giants don’t have any sort of physical embodiment. However, those giants are just as real as Goliath. David may have had a slingshot and a stone, but that’s not how he killed his giant. It was his faith in God. Child of God, you have the same weapon that David had while you’re battling against giants who are taller than Goliath. David was a giant slayer, and you are too.