Giving Must Be Done in Love 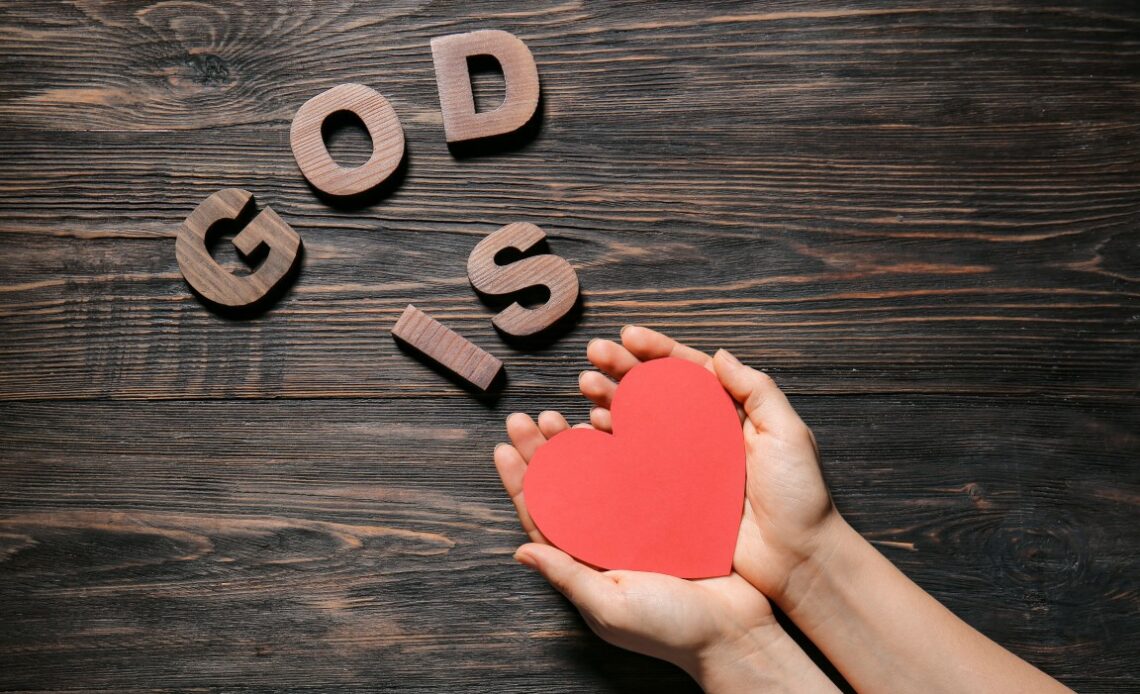 The World Has Many Definitions of Love, All of Which Fall Short of the Biblical Definition

“And though I bestow all my goods to feed the poor”

Giving and generosity are essential elements of Christianity. Giving is, in its very essence, a sign of selflessness which is the high calling of God to man, as long as it is being done with the right motives. The context behind the verse at hand is that of the spiritual gifts that God gives to man. The Corinthian church was a church that was known for its gifts – as well as the abuse of those gifts. The church was a struggling church. But nevertheless, Paul could call them saints.

Paul wrote the letter of 1 Corinthians for some different reasons, one of which was a desire to instruct the members of the church in Corinth concerning orderly worship. The church was full of gifted believers that needed instruction as to how to use their gifts. They were also filled with pride concerning the gifts that they had.

The book of 1 Corinthians is an interesting book when considering the fact that Paul was speaking to believers. The church was full of imperfect people, relating to each other imperfectly, and worshipping imperfectly. However, God’s love was manifest in the church in Corinth, and God desired that Paul would be their guide to righteous living.

In 1 Corinthians 13, Paul strategically writes this chapter in-between two portions of Scripture that are directly related to spiritual gifts. The point is clear at the end of chapter 12. Scripture says, “But covet earnestly the best gifts: and yet shew I unto you a more excellent way” (1 Cor. 12:31). Paul sought to show the believers in Corinth a more excellent way. This way that Paul spoke of is the way of love.

For the Love of God: A Daily Companion for Discovering the Riches of God’s Word, Volume 1

What an act! Surely if someone were to give everything that he had to the poor, it must then mean that he loves the Lord and loves man. Right? After all, Jesus did tell the rich young ruler, “… Yet lackest thou one thing: sell all that thou hast, and distribute unto the poor, and thou shalt have treasure in heaven…” (Luke 18:22). Shortly after, Jesus said, “…How hardly shall they that have riches enter into the kingdom of God!” (Luke 18:24). Certainly, someone would enter into heaven if he were to sell all that he had and give to the poor, or so it would seem.

Let us not forget what happened with Zacchaeus. Scripture says, “Zacchaeus stood, and said unto the Lord: Behold, Lord, the half of my goods I give to the poor; and if I have taken any thing from any man by false accusation, I restore him fourfold. And Jesus said unto him, This day is salvation come to this house, forsomuch as he also is a son of Abraham” (Luke 19:8-9). Zacchaeus turned from his idol and repented of his sin. Therefore, salvation came to his house that day.

However, in these examples previously given, the matter at hand is repentance unto salvation and opportunities to show forth genuine faith. Jesus is not teaching salvation by works. If the rich young ruler wanted to inherit salvation, he needed to repent.

But in these verses, one can see the high place that is given to the selling of goods and giving the proceeds to the poor.

“and though I give my body to be burned”

Paul is recognizing in this verse the way in which someone could die for another person. It is interesting to note the way that this corresponds with other Scriptures. Throughout the New Testament, there is much instruction concerning what it looks like to love another person.

The greatest example of love is that of Jesus Christ. The love of Christ is often highlighted in His death for the lost. Scripture says, “But God commendeth his love toward us, in that, while we were yet sinners, Christ died for us” (Rom. 5:8). Again Scripture says, “Herein is love, not that we loved God, but that he loved us, and sent his Son to be the propitiation for our sins” (1 John 4:10). To say that Jesus is the propitiation for our sins means that Jesus was the One Who took upon Himself the wrath of God and satisfied it entirely. Thus, Christ died for us.

Romans 5:8 and 1 John 4:10 tell us that God has shown us the love that He has for us in the death of Christ. Jesus goes on to exhort the believer in this way, “Greater love hath no man than this, that a man lay down his life for his friends” (John 15:13). Not only did God show forth His love toward man through the death of Christ, but Jesus, in John 15:13, tells His disciples that the greatest act of love someone can give to another is to give his life for the other person.

All of the disciples except for John endured a martyr’s death. Paul was beheaded under the reign of Emperor Nero, a brutal man who heightened the persecution of Christians. Nero was also responsible for the death of the apostle Peter, who according to church history was crucified upside down since he did not believe he should die in the same manner as Christ (an upright crucifixion). Acts chapter 12 tells us that King Herod killed James the brother of John with the sword.

Thus, persecution was a real thing for these first-century believers. They knew firsthand what it was like to lay down their lives for the good of another.

“and have not charity, I am nothing”

Despite the fact that the giving of money to the poor is elevated in Christianity, and although it is said that to lay down one’s life is the greatest act of love, Paul says that these acts can actually be done without love. This should be obvious when someone thinks about it for just a short time.

The world has many definitions of love, all of which fall short of the biblical definition. Simply put, biblical love is a selfless love that is first and foremost an act of the will and is concerned with the glory of God and the good of man. This type of love can only be exercised by a believer who has genuine faith in the one true God, the God of the Bible.

Paul makes it clear that if he does not love, the giving of his money and the giving of his life are nothing and, in essence, he is nothing. Much like Christ did in the Sermon on the Mount, Paul brings the matter back to the heart of man.

The Pharisees and the religious leaders were concerned about external manifestations of righteousness; the church in Corinth was, as well. They were consumed with their outward gifts rather than their internal disposition toward those for whom they were to exercise those gifts.

This message is as applicable today as it was 2000 years ago. People are very concerned about their outward appearances before man. This is not altogether bad. However, it can become a type of performance that lacks a genuine motive from the heart.

1 Corinthians 13 Christianity Definitions of Love New Testament
1016
44
Share
We use cookies on our website to give you the most relevant experience by remembering your preferences and repeat visits. By clicking “Accept”, you consent to the use of ALL the cookies.
Do not sell my personal information.
Cookie settingsACCEPT
Manage consent