Guidance from Peter on Living the Christian Life 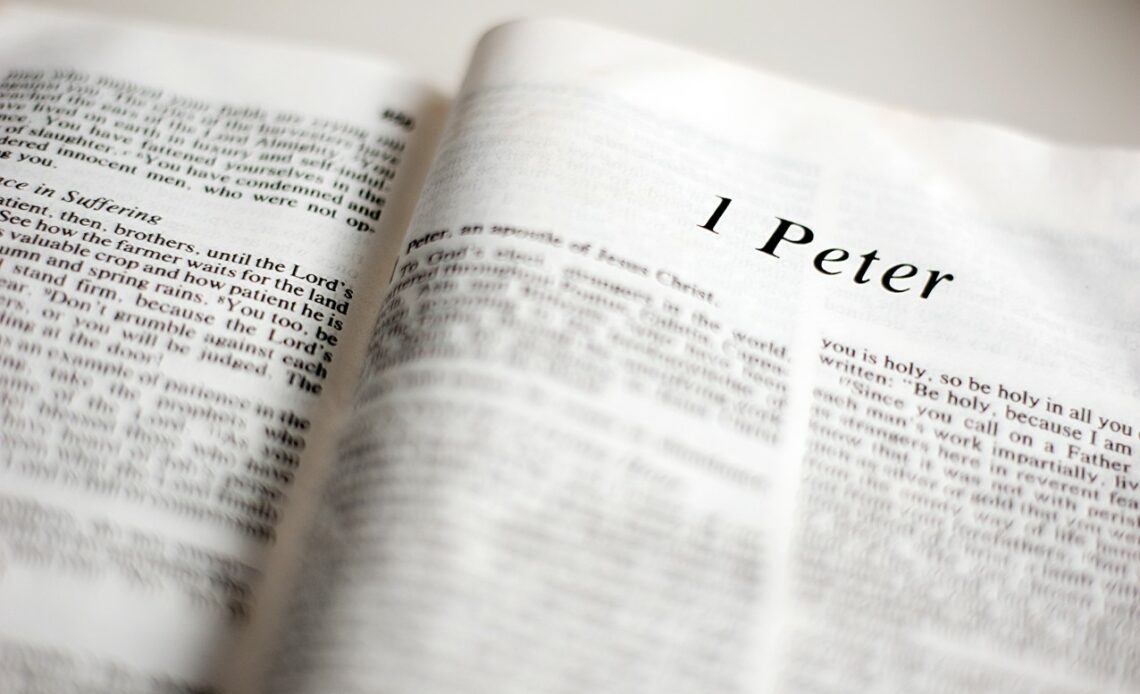 What is it that sets the Christian apart? Peter would tell us that one of the distinguishing marks of a born-again believer is the way in which he interacts with other people. These are troubling times that we are living in and times in which the Scriptures forewarned us about. Scripture says, “This know also, that in the last days perilous times shall come. For men shall be lovers of their own selves, covetous, boasters, proud…” (KJV, 2 Tim. 3:1-2). The list that Paul presents to us goes on in this manner for some time, and the point is clear. There will be a great divide between the light and the darkness. The chasm will run deep between the salt of the earth and that which produces rot.

But the apostles instruct the Christian to live in a much different way. The believer’s conduct is meant to be pleasing to the Lord and to be reflective of the light of Jesus Christ. Peter instructs us on this point in a portion of Scripture that is full of practical application.

“Finally, be ye all of one mind, having compassion one of another, love as brethren, be pitiful, be courteous: Not rendering evil for evil, or railing for railing: but contrariwise blessing, knowing that ye are thereunto called, that ye should inherit a blessing” (1 Pet. 3:8-9).

“Finally, be ye all of one mind”

Peter seeks to bring the previous section to a close with the word “finally.” At the first, Peter grounds the believer in a stable foundation that is imperishable and unfading and kept in heaven (1:4). This foundational aspect of the Christian’s position in Christ must undergird him in the midst of this life. Apart from a believer’s understanding the eternal security that is his through the work of God, the believer will surely be met with great fear and anxiety along the way.

Paul alludes to the importance of recognizing his position in Christ elsewhere when he states that he does not lose (grow weary in) heart because the ministry that he has is saturated in the mercy of God (2 Cor. 4:1). Apart from the mercy of God, the Christian will be devoid of strength in the midst of trying to live up to God’s high commands. With that as a foundational premise for 1 Peter, he then begins his epistle with a theme that runs throughout. The theme is holy living because God is holy.

When we approach the third chapter of 1 Peter, the theme has not changed. Rather, Peter gives us a short list of quick application points in verses 8-9. He does not break these points down but rather lays them out as though the readers should know what they mean.

He tells his readers to be of one mind. In the book of Philippians, we can see that Paul brought up this same topic (unity of mind) in an attempt to dispel quarrels. Paul also connected this topic to the Christian’s need to have the mind of Christ. Peter and Paul both desired for their readers to think the same way. They desired their readers to be grounded in truth and to have unity in purpose. This unity of purpose would unite the people in more than only their minds, but also throughout life.

“having compassion one of another”

So often in Christian conduct, compassion is a missing element. Even in the midst of service, compassion can be lacking. It is Christian compassion that draws many into an openness to receiving the Gospel of Jesus Christ. The old saying, “People don’t care how much you know until they know how much you care,” has an element of truth to it.

When Peter spoke to his readers about having compassion toward one another, he had the idea of treating another with sympathy in the forefront of his mind. There can be times in conversation when it is obvious that at least one of the individuals is not really engaged in the struggles which the other person is sharing. During times like these, a scar can form that will cause the one sharing the information to want to distance himself and not want to share with the disinterested person again.

After some time, many people begin to go throughout life seeking to handle their own problems and locking up around others like a bank vault. This is not how God has called the Christian to live. God has called the Christin to live in community and to be interdependent. Compassion is the answer to this problem. When someone truly has compassion toward another, it will bring about openness in the midst of that relationship that could not be had otherwise.

Peter does not fail to mention the fact that the Christian must be loving in his relationships toward others. The original Greek word that Peter uses here is one that stresses the concept of being fond of another. The word consists of warm feelings toward another person.

The whole of a man must come in line with a love toward another person. While love will often be first an act of the will, it must also be accompanied by emotion. The act of the will oftentimes will come first, but the Christian must also fight to be fond of his fellow Christian.

To be pitiful is the same as having a tender heart toward another. The word “pitiful” may be lost in translation in the 21st century, but the Christian must never cease to strive to understand the words of Scripture.

To be tenderhearted is to be of good heart. It is to have a heart that is for and not against another person. In the midst of interacting with another person, the heart can grow cold and calloused. This is not a minor matter or one that the Christian should brush off or take lightly. The heart is deceitful, and sin will continue to seek to gain ground. Bitterness in relationships is a subtle sin that destroys the relationships, as well as the heart of the embittered person. The Bible also warns us about the root of bitterness. Bitterness digs its roots down deep within the heart, and therefore it begins to be challenging to uproot after a time of being allowed to grow and fester.

The Christian must strive to be tenderhearted, softhearted, and kindhearted.

Peter desires that his readers continue to excel in their conduct. He speaks of the need to be courteous. Once again, in this modern era, it may very well be better understood when read “lowly-minded” or “humble-minded.” To be humble-minded is to think like Christ.

Once again, Paul gives us a clear picture of what it means to be humble-minded. He lays out the work of Christ before our eyes. He brings us from Christ’s existing in glory before the ages began to Christ’s taking on flesh, to Christ’s becoming a servant, and then to Christ’s humbling Himself by taking upon Himself the cross. When one looks at Christ, he will see how to be humble-minded and to be low before others.

To think like Jesus is to think like a servant. It is also more than thinking; it is a mindset (thus, Peter refers to it as “humble-minded”).

“Not rendering evil for evil, or railing for railing: but contrariwise blessing; knowing that ye are thereunto called, that ye should inherit a blessing”

But why? It is because God has blessed the Christian. The Christian was, at one time, someone who was evil and who reviled God. But what did God give him in return? A blessing! Thus, the Christian, when he recognizes God’s blessing in his life, must also bless those who at one time were much like himself.

Father, I thank You for the instruction of Peter. I thank You that You have shown me how I ought to live in the midst of a world that will seek to lead me astray. In Jesus’ name, Amen.

1 Peter 2 Tim. 3:1-2 Christians KJV Sermon on the Mount
2088
42
Share
We use cookies on our website to give you the most relevant experience by remembering your preferences and repeat visits. By clicking “Accept”, you consent to the use of ALL the cookies.
Do not sell my personal information.
Cookie settingsACCEPT
Manage consent