How Can I Find Peace During the Storm? 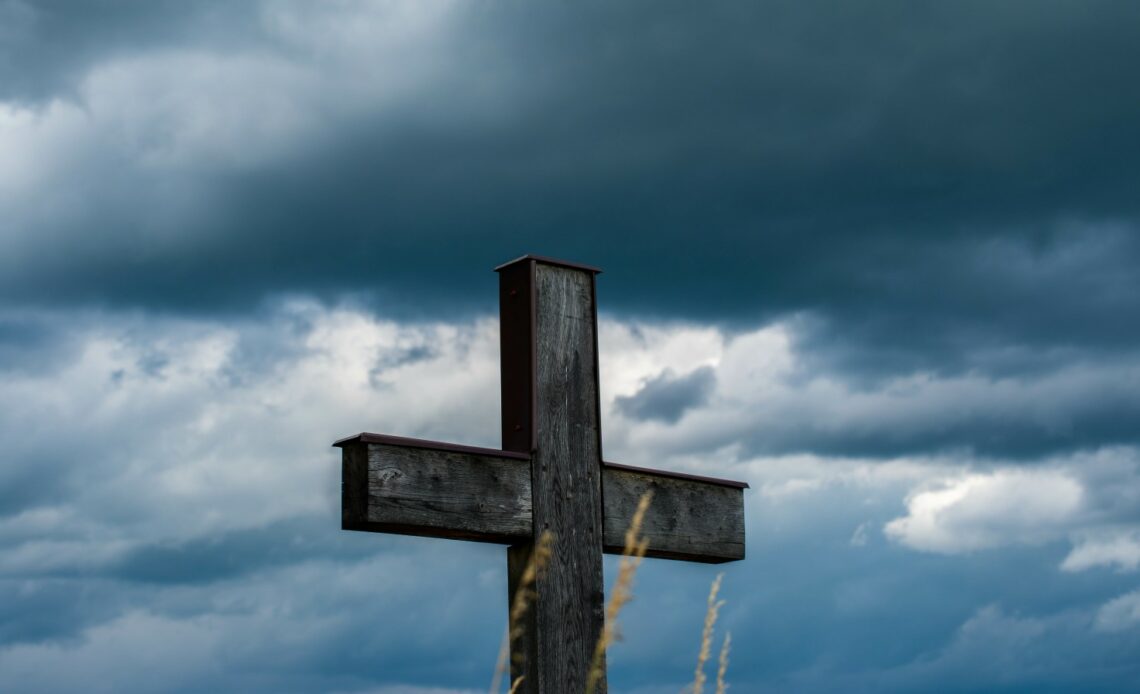 Storms are powerful, scary occurrences that can leave a lot of damage in their wake. According to a study published by the National Weather Service recapping major storms in 2020, well over 100 people lost their lives due to hurricanes, tornados, floods and other storm-related events. While some storms come with warnings that provide people the opportunity to evacuate a given area, others simply occur seemingly out of nowhere and leave unimaginable damage in their wake.

We all experience storms in our lives as well. No, they don’t come with thunder, lightning, heavy winds and hail damage, but they are storms, nonetheless. In some cases, you may be able to see those storms coming. In the same way that dark clouds gathering in the distance indicate that a physical storm is on its way to your home, there are often warning signs that let you know that your life is about to enter a stormy season. Even more tragically, those spiritual storms can often leave just as much damage in their wake as a hurricane, tornado or other natural storm.

However, you’re not alone in the storm. The disciples had to learn this lesson the hard way, and in many cases, we have to learn that lesson the same way. Storms happen, but we have a Savior who is both present in our lives and holds the power over our storms. If you need a “peace, be still” moment, take a look at how the disciples found the peace that they needed in the middle of a storm of their own. 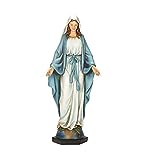 Joseph’s Studio by Roman, Our Lady of Grace Figure on Base, 10 Scale Renaissance Collection, 10.25H

(For reference purposes, the story we are about to read is found in three Gospels. For further reading, be sure to check out Matthew 8:23-27, Mark 4:35-41 and Luke 8:23-25 in order to get different perspectives on the same event.

Peace Be Still
Mark 4:35 (TPT)
Later that day, after it grew dark, Jesus said to his disciples, “Let’s cross over to the other side of the lake.”

It’s easy to skip over this verse because it’s not really much more than a scene setter. Jesus had just finished teaching the multitudes through a number of parables and got into a boat with the disciples. While it’s easy to view this as a transitional verse, it’s important to note what He said here. “Let’s cross over to the other side.” Before the boat ever set sail, Jesus told the disciples that they were going to the other side. Their destination was set based on His promise. He didn’t tell them there wouldn’t be a storm. He didn’t tell them the winds wouldn’t blow and the waters wouldn’t get choppy. However, He told them that they were going to get to the other side.

When God makes a promise concerning your future, there is no storm that can derail that promise. It doesn’t mean that there won’t be a storms or delays, but His promises are true, regardless of the storms that you happen to sail into during your journey.

Matthew 8:23 (TPT)
They all got into a boat and began to cross over to the other side of the lake. And Jesus, exhausted, fell asleep.

This verse is a powerful reminder that while Jesus was 100% divine, He was also 100% human. When we find Jesus at the beginning of the voyage across the lake, He was exhausted. He had traveled much of the day, had ministered to the crowds and now, He was tired. Mark goes into a bit more detail concerning Jesus’ untimely nap and what was going on around the boat.

Mark 4: 37-38 (TPT)
Suddenly, as they were crossing the lake, a ferocious tempest arose, with violent winds and waves that were crashing into the boat until it was all but swamped. But Jesus was calmly sleeping in the stern, resting on a cushion.

The boat was “all but swamped.” That is to say, their vessel was quickly taking on water and was in danger of sinking. Have you ever encountered a storm that was so strong that you felt like it was going to sink you? Perhaps you lost a job that you had spent years at due to economic problems and pay cuts. Maybe the storm that is swamping your boat stems from an unexpected divorce, ending a marriage that you had poured your entire life into. Some storms come in the form of a doctor’s report that says that they aren’t sure what’s wrong, but that something is clearly out of order. Those storms can dump water into your boat faster than you can possibly bail it off.

Where was Jesus? He was asleep in the back of the boat! Sometimes our storms can make us feel like God isn’t close to us anymore. It’s easy to get so caught up in the winds, the waves, the crashing thunder and the flashing lightning that it feels like even God has distanced Himself from us. Did you know it’s OK to feel like that? God isn’t angered when we feel abandoned.

Mark 4:39 (TPT)
So they shook him awake, saying, “Teacher, don’t you even care that we are about to die!” Dully awake, he rebuked the storm and shouted to the sea, “Hush! Calm down! All at once the wind stopped howling and the water became perfectly calm.

Wow! There is so much to unpack in this verse. Let’s start with the way that the disciples approached Christ. They didn’t enter into his sleeping quarters reverently. There was no moment of worship and a heartfelt prayer. Instead, they grabbed Jesus and shook Him until He woke up. Once He was awake, they didn’t prayerfully ask Him for help. They accused Him of not caring that they were about to die! In all of this, Jesus didn’t decide to punish them for their lack of faith. Instead, He did exactly what they needed Him to do.

When the storms of life are raging around you, it’s OK to not be OK. God doesn’t need you to put on your biggest, brightest smile and politely ask Him for help. He can handle your moments of weakness in which you grab onto Him and ask Him if He really cares about you.

If you need a “peace be still moment,” get real with God about what you need. Show Him your fear, your doubt and even your frustration with the current situation. He is with you because you are His child. When He speaks to Your storm, it has no choice but to calm down. In the same way that He had the power over the wind and the waves, He has the authority over everything going on in your life.

A Closing Prayer:
God, I feel like I’m about to sink in this storm. While that thought is scary, it’s even scarier because I feel like You are sleeping through the whole thing. Lord, I need You. I need You to speak to my winds and my waves and calm them. Please God, take control of my ship and silence my storm and get me to the other side. In Christ’s name I pray, Amen.