How Can the Christian Know if He Is Truly Abiding in Christ? 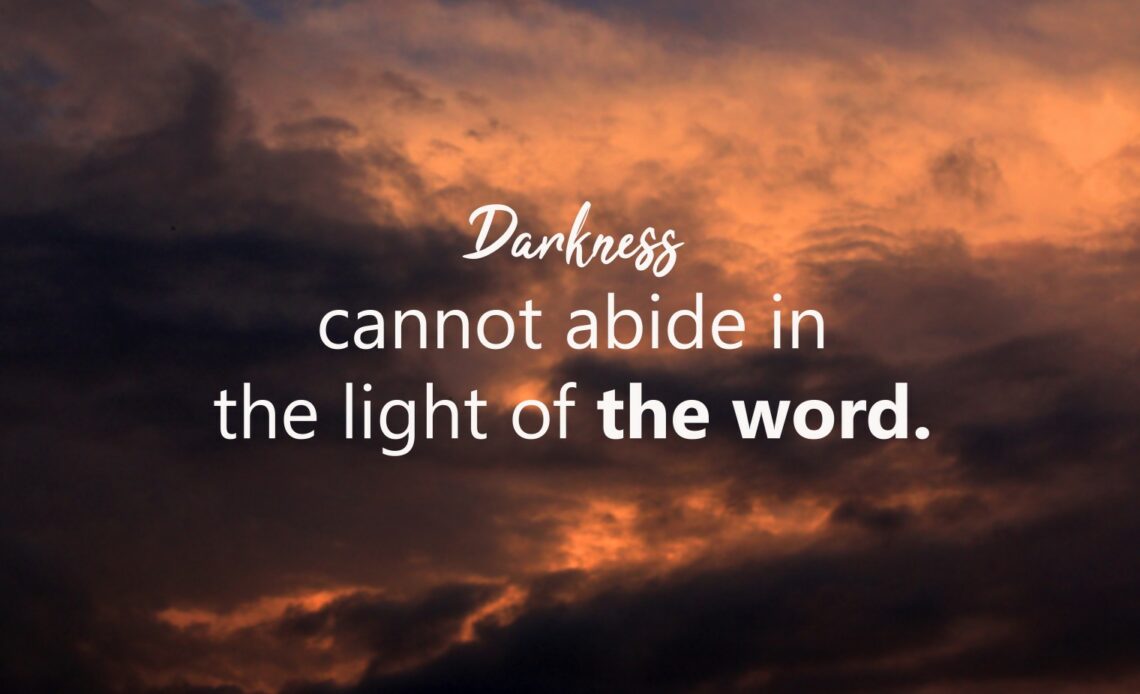 What promises the Scriptures hold to those who abide in the Lord Jesus Christ! Praise the Lord for these promises and the desire of God to abide with the believer. John makes it clear that it is those who abide with the Lord that will experience answers to prayer. Scripture says, “If ye abide in me, and my words abide in you, ye shall ask what ye will, and it shall be done unto you” (KJV, John 15:7). Earlier in that chapter in the book of John, John makes it clear that it is only through abiding that fruit-bearing occurs.

The book of 1 John is full of references concerning abiding in God and Christ. Surely, a main focus of John was to highlight the necessity of the believer’s abiding in Christ, while also drawing out the rich benefits that come from abiding. It is important for the Christian to know what it means to abide in Christ, as well as how the rich benefits of abiding can be had in his own life.

What does it mean to abide?

What does it mean to abide, and how can the Christian know if he is truly abiding in Christ? Abiding in Christ can be explained in two different ways. When one is spoken of without the other, it will not give the full picture of what it means to abide in Christ.

The same is true when discussing righteousness. If someone says that the believer must be righteous, he may not give the right understanding unless he explains righteousness in its totality.

When someone is said to abide in Christ, what comes first is the union of the believer to the Savior. Scripture says, “Hereby we know that we dwell in him, and he in us, because he hath given us of his Spirit” (1 John 4:13). Thus, the believer dwells in Christ (abides in Christ) when the Spirit indwells the believer.

Elsewhere, Paul alludes to this same fact when he says, “Know ye not, that so many of us as were baptized into Christ Jesus…” (Rom. 6:3). This vital union that is expressed throughout the New Testament is an abiding union with Christ Jesus the Lord.

But there is more to it than that, much like what was seen concerning what the Bible teaches about our righteousness. While the Christian is in an abiding relationship with Christ, he is also called to cultivate that relationship. Scripture makes abiding, as it does righteousness, a choice of the believer.

Scripture says, “If ye keep my commandments, ye shall abide in my love…” (John 15:10) . Elsewhere, the Bible says, “And we have known and believed the love that God hath to us. God is love; and he that dwelleth in love dwelleth in God, and God in him” (1 John 4:16). Here we see that the Christian, while he does in fact abide in Christ by his union with Christ, must also make a choice to consciously walk in that abiding relationship and thus reap the benefits of it.

Scripture says, “And now, little children, abide in him; that, when he shall appear, we may have confidence, and not be ashamed before him at his coming” (1 John 2:28). At the outset, John tells us that abiding brings confidence in the Lord.

This confidence is directly connected to the second coming of Christ. There are some who are alive today that have an assurance about their salvation. However, not every Christian possesses this assurance. This is not because there are Christians who are not really Christians. To say someone is a Christian is the same as calling him a believer. Therefore, what is being said is that there are genuine believers who are not assured about their salvation.

For some, assurance of salvation is not believed to be a real thing. But the author of Hebrews says, “Let us draw near with a true heart in full assurance of faith…” (Heb. 10:22). Clearly, assurance is a real thing, and John also highlights this point in 1 John 2:28.

John’s desire is for his flock to have a true confidence before the Lord, a confidence that does not waver. He desires that their confidence would be such a confidence that they might look upon the return of Christ and stand tall at the revealing of their glorious King.

But how was this to be done? His readers were encountering much opposition from false teachers. These false teachers were seeking to lead astray the church of God. The heresy found in 1 John somewhat resembled true Christianity, which made it all the more believable, much like modern heresies today.

John said the following in the books of 1 John, 2 John, and 3 John, which helps us to see what it means to abide in Christ:

• “I rejoiced greatly that I found of thy children walking in truth, as we have received a commandment from the Father” (2 John 4).

In John’s eyes, to walk in truth is to abide in Christ. John strove to this end for the glory of God. He knew that his flock would have confidence when Christ returned and have assurance of salvation if they were to walk in truth.

In the latter half of John’s verse on abiding, he says, “and not be ashamed before him at his coming.” Christian confidence and shame are opposites. When someone is truly confident before the Lord, he will not be ashamed.

When Adam and Eve sinned against God, what was their response? They hid themselves from God. In the words of John, rather than having confidence when God appeared, Adam and Eve were ashamed at His coming.

It is important to remember the Gospel on this point. Jesus Christ came to seek and save the lost. He is a compassionate Savior Who died for the sins of mankind. We need not shrink back at His coming. Embrace the finished work of Christ and walk in the redemption that has been granted You through the price He paid on Calvary.

Father, I thank You for the work of Christ and the reality that I am abiding in Christ as a believer. I thank You for the way that the Spirit of God desires to take me deeper into this abiding relationship with my Savior. Help me to abide in Christ by walking in the truth of Your Word. Please show me the error of my ways, and draw me nearer to You each day. In Jesus’ name, Amen.

Abide Abiding Christian Christian faith Lord Jesus Christ promises the Scriptures
4755
42
Share
We use cookies on our website to give you the most relevant experience by remembering your preferences and repeat visits. By clicking “Accept”, you consent to the use of ALL the cookies.
Do not sell my personal information.
Cookie settingsACCEPT
Manage consent