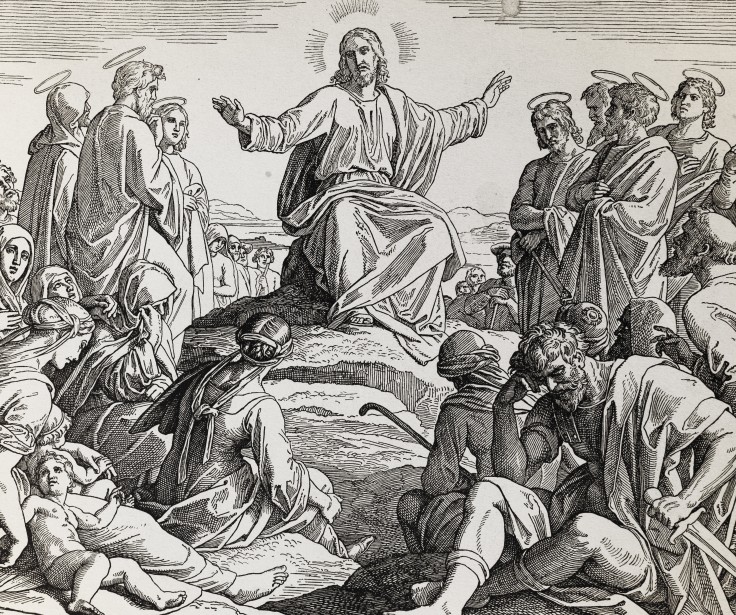 What does it mean for someone to have authority? The Scriptures clearly depict Christ as a man with authority, but how would someone define Christ’s authority? Is there any practical significance for the Christian in knowing that Christ is in a position of authority?

When someone speaks about someone’s having authority, depending on the context, this can have different meanings. When someone is skilled in a trade or educated in a field, he will at times be declared an authority on the matter. Thus, he can be trusted because he knows what he is talking about.

The subject of someone’s being an authority could also have to do with one’s witness or testimony. For instance, the writers of the Gospels are our authorities on the matters found within the Gospels. Why does the Christian believe what he believes about the life, death, and resurrection of Christ? In large part, it is because of what the writers of the Gospel have told him. Thus, they are our authorities.

Another situation in which the word authority may be found is when it describes someone with a noble character. If someone has lived an upright life, he may be deemed an authority in the town. This last example may be a little outdated, but it still can be found in literature from the past.

But what does it mean to say that Christ has authority? Generally, what is being stated is that Christ is in a position of power legally – He rightfully rules over all of His creation. This is not an abstract concept, nor is it a fanciful thought. It depicts reality much like the situation of a king ruling over a kingdom. However, there is yet a greater way in which Christ rules.

Christ knows all things, He sees all things, and He is all-powerful. Thus, He has the ability to force His agenda when He so desires. At the outset, this may seem scary, but the Christian must not forget Who this Christ really is.

Christ is also a compassionate God Who came to earth not with a rod of iron but with a yoke that is easy to bear. He came to earth not to inflict punishment but to win over the lost by His love. Christ is seen as washing feet, feeding thousands, healing the sick, cleansing lepers, raising the dead, and dying in the place of sinful man. He is the One with authority, but His deep concern for His creation is on display for all to see.

Mary: The First Miracles / Caiaphas: The Raising of Lazarus

When Christ is said to be in a position of authority, what is being said is that He has the ability to hold sway over His creation. But the way in which He goes about it is altogether unique. There has never been a ruler quite like Christ. Yes, there have been Christians who have been in authoritative positions, but the best that they can do is strive to be like Jesus, while also falling short.

But take a look at the God-man, Christ Jesus, and marvel along with the people of the first century at His unique authority. Mark 1:21-28 will be the focus of this article.

Christ: A man with authority in His teaching

Mark 1:21 starts out by telling the reader that Jesus and His disciples entered into Capernaum. Capernaum was a mainstage in Jesus’ earthly ministry. It also was the home of Peter, Andrew, John, and James, whom Jesus would have been with at this time.

Capernaum was in the province of Galilee and along the northwestern shore of the Sea of Galilee. It would have made a wonderful home for fishermen. But in Mark 1:21, Jesus and His disciples were not concerned about catching fish. Jesus was training His disciples to become fishers of men.

As they entered Capernaum, they made their way to the synagogue. The temple was located in Jerusalem, and it was in the temple that sacrifices were made to God and the Passover was celebrated. However, synagogues were also places where the Jews would assemble together and worship God.

A synagogue was a place where high volumes of traffic would often be found, religious discussions would frequently take place, and people would go to be taught by those with the ability to teach. Relationships were formed, molded, and strengthened in the Jewish synagogues.

As Jesus entered into this synagogue, He also began to teach. Scripture says, “And they were astonished at his doctrine: for he taught them as one that had authority, and not as the scribes” (Mark 1:22). But what was different between the teaching of Christ and the teaching of the scribes? The scribes seemed to know a bit about the Old Testament. So how is it that when Jesus taught, He did so with authority and the scribes apparently lacked this element in their teaching?

The scribes were experts in the Law, but they would only interpret what the Scripture said. In other words, they would only say what God had already said. When Christ came onto the scene, His message was different. Mark tells us a little of what Christ’s message consisted of in a previous verse: Jesus said, “…The time is fulfilled, and the kingdom of God is at hand: repent ye, and believe the gospel” (Mark 1:15). Much like the prophet who was the very mouthpiece of God and thus had authority in his teaching, Christ came down to share the message of the Father and to do God’s will.

Christ: A man with authority over life

Christ spoke with authority, but His authority also spanned to all of life. Shortly after Mark 1:22, a man with an unclean spirit is mentioned as having been present in the synagogue. The demon within the man spoke to Jesus and said, “…Let us alone; what have we to do with thee, thou Jesus of Nazareth? Art thou come to destroy us?…” (Mark 1:24). The demon knew that Christ had authority over all of life, as seen in his inquiry as to whether Jesus had come to destroy him.

Jesus’ authority is far greater that many Christians typically take note of. In Hebrews 1:3, Scripture says that Jesus has an ongoing authoritative ministry of “upholding all things by the word of his power” (Heb. 1:3). He has the power over life and death. He truly upholds the life of each individual person. Man is not autonomous like a watch. God does not wind up a man and let him start ticking. Jesus constantly, every second of every day, upholds all of life, to include each individual person, whether he is a believer or not.

Christ: A man with authority over demonic forces

The last point is that Jesus has authority over the spiritual forces of evil. When Satan rebelled against God, he took a third of the angels with him. What once used to be a part of the angelic hosts in heaven are now termed demons, devils, or unclean spirits.

When the word “spirit” is used to describe an unclean spirit, it is the same word that is also used when “Spirit” is used in “Holy Spirit.” Thus, the words that differentiate between the two are the words “unclean” versus “Holy.” When we see the word unclean, the Greek word “akathartos” is being used. It denotes impurity, lewdness, and the state of being foul.

In the Old Testament, much focus was given in deeming things clean or unclean. When a person was ceremonially unclean, he could not approach God or take part in worship. Unclean spirits are, by their very nature, forever separated from God. They are unclean and should be treated like a leper in the heart of the Christian. “Unclean, unclean,” the Christian should cry as he sees the work of the enemy in the world in which he finds himself.

Jesus sought to enforce His authority over these unclean spirits. Scripture says, “And Jesus rebuked him, saying, Hold thy peace, and come out of him” (Mark 1:25). Jesus rebuked the unclean spirit. Jesus is a Man with authority. All of His creation will, in fact, one day bow to Him as King.

Even in this day, Jesus will fight for His people. Turn to Christ anew this day. He has authority over all His creation, and He fights for those who find their refuge in Him.

Father, I thank You that have sent Jesus to die for my sins. Help me turn to Christ anew this day and to submit to Him. He is deserving of authority and worthy of my submission. In Jesus’ name, Amen.