Learning to Get Past Guilt and Embracing God’s Forgiveness 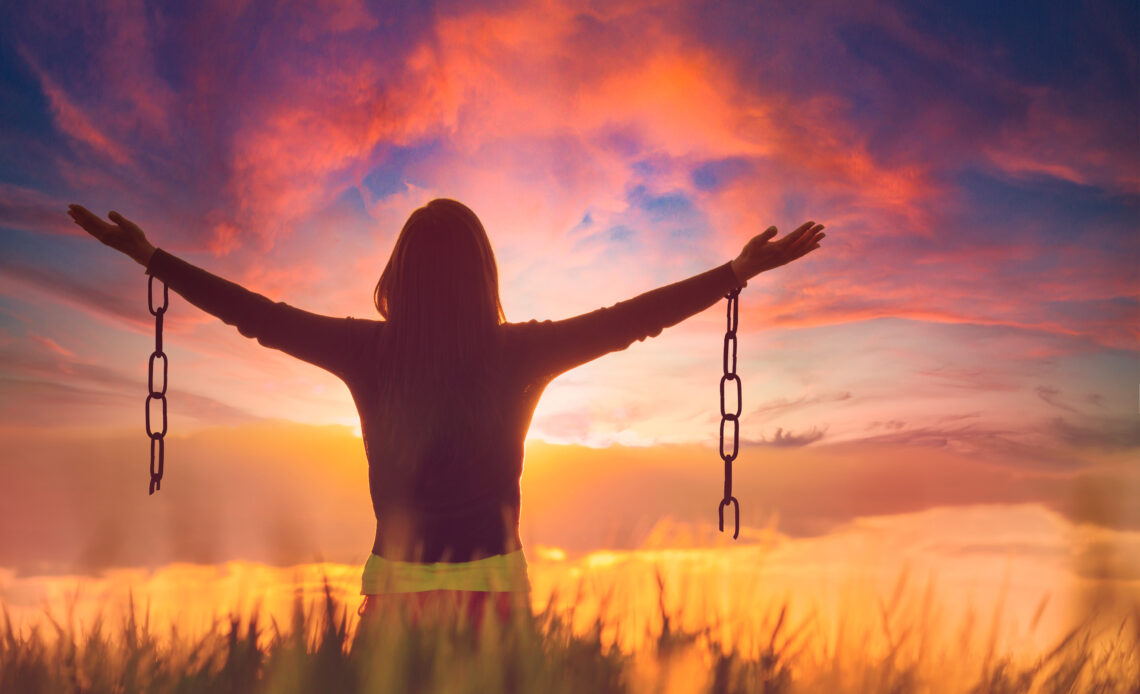 The Bible is composed of 66 books, written over thousands of years by more than three dozen different authors, all of whom were inspired by the power of the Holy Spirit. When you think about the number of people who penned portions of the Bible and the amount of time that elapsed between the first books of the Bible and John’s Revelation, it becomes even more amazing that there are some themes that continue to wind their way through the most popular book in the history of the world.

One of those themes is forgiveness. From the time that Adam and Eve made the decision to eat of the tree that God told them not to (Genesis 2:4), God started teaching us about forgiveness. Forgiveness comes up hundreds of times in the Bible, which means that God wanted all of His children to understand what forgiveness is and how it really works. If you’re struggling with accepting God’s forgiveness, extending forgiveness to others or forgiving yourself, the Bible offers the answers that you need to truly understand forgiveness.

Accepting God’s Forgiveness
1 John 1:8-9 (TPT)
If we boast that we have no sin, we’re only fooling ourselves and are strangers to the truth. But if we freely admit out sins when his light uncovers them, he will be faithful to forgive us every time. God is just to forgive our sins because of Christ, and he will continue to cleanse us from all unrighteousness.

The Gift of Forgiveness: Inspiring Stories from Those Who Have Overcome the Unforgivable

To truly understand the magnitude of God’s forgiveness, we first have to try to comprehend the magnitude of God’s holiness. God is completely sinless, incapable of wrongdoing and driven by His own holiness and righteousness. At the very core of the character of God, you’ll find holiness. As humans, there is no way for us to truly comprehend this idea because we are naturally flawed. Psalm 51:5 speaks of the fact that we are born with a naturally self-serving, sinful nature.

God’s holiness was put on full display when Christ was hanging on the cross of Calvary, creating a bridge between sinful humans and a holy God. When Christ was on the cross, the Bible says that He became sin. As He hung there, God didn’t see His Only Begotten Son. Instead, He saw the sins of all of humanity, past, present and future. In that moment, God had no choice but to turn His back on His Son because God’s holiness leaves Him unable to even look at sin (Matthew 27:46). Yet, God offers unconditional forgiveness for all of us. The only thing that we are required to do is to accept it.

Imagine a hypothetical situation where you owe someone $1 million. There is absolutely no way that you can come up with the money, but the debt is due. As you’re standing before your creditor, who is incredibly angry at your inability to repay the debt that you owe, an individual who you do not know stands up on your behalf and declares that he is going to pay your debt for you. Would you have to take the time to consider it? No way! You would immediately accept the fact that this unknown philanthropist was paying your debt for you.

Our sin debt far outweighed any numerical value that we could try to put on it. However, Christ stepped up to pay that debt for us. Because of His payment, God now extends His forgiveness to anyone who would believe (John 3:16). There are no questions asked and no conditions attached to God’s forgiveness. We simply have to accept it.

If we’re being honest, most of us have been mistreated by someone in our lives. There are far too many possibilities to possibly list them all, but personal hurt can come from parents, siblings, spouses, friends and any number of people. As humans, we have a tendency to hold onto the hurt that we’ve experienced and allow that hurt to alter the way that we feel about the people who caused it. However, that natural human inclination is sinful.

Early in the Sermon on the Mount, Jesus discussed the concept of forgiveness. In these verses, He says that forgiving others is one of the most important things that we can do because it’s actually the key that unlocks God’s forgiveness to us! That’s an uncomfortable idea to think about, isn’t it? God won’t forgive us if we don’t forgive others. Our natural response is, “But God, you don’t know what they did to me!” But He does. He saw what they did. He saw the way that they turned their backs on you, abandoned you, lied to you and hurt you. But He still expects forgiveness.

Peter certainly didn’t like the idea. Several chapters later in Matthew 18, Peter asks Jesus how many times he has to forgive someone who continues to treat him badly. Peter assumes that the answer is seven, but Jesus replies and tells him that the real answer is “seven times seventy.” Jesus wasn’t saying that 490 was the maximum number of daily transgressions we’re expected to forgive. Instead, He told Peter that we’re expected to extend the same unlimited forgiveness that God offers to us.

As the products of forgiveness, we’re supposed to extend that forgiveness to people around us. That doesn’t mean that our relationships with them have to go back to being what they were, but it does mean that we can’t pack around hurt, anger and bitterness that their actions bring about. If we forgive them, God forgives us.

Forgiving Ourselves
2 Corinthians 5:17 (TPT)
Now, if anyone is enfolded into Christ, he has become an entirely new person. All that is related to the old order has vanished. Behold, everything is fresh and new.

For many of us, forgiving ourselves is harder than forgiving others. Depending on the decisions that you made before you committed your life to Christ and His service, you may have a lot of things behind you that you’d forget if you could. However, we can’t simply forget about what we did, who we hurt and the bridges that we burned in our past.

Not only is accepting God’s forgiveness the key to forgiving others, it’s also the key to forgiving ourselves. If God, the Source of all holiness and righteousness has forgotten about the sins that you’ve committed, who are you to hold onto them? There is nothing wrong with feeling remorseful about past sins, but that doesn’t mean that you can constantly view yourself through the lens of what you used to be and the things you used to do. Instead, we are called to show ourselves the same grace that God shows us and that we show to others.

That’s not easy. Depending on the actions of your past and the people who suffered the consequences, you may not receive the same forgiveness from others that you receive from God. However, that’s their sin, not yours. Once you’ve truly embraced the fact that God has forgotten what you used to be (Romans 4:17), you can forgive yourself and step into the fullness of what God has for you.