Meditations on the Resurrected Christ 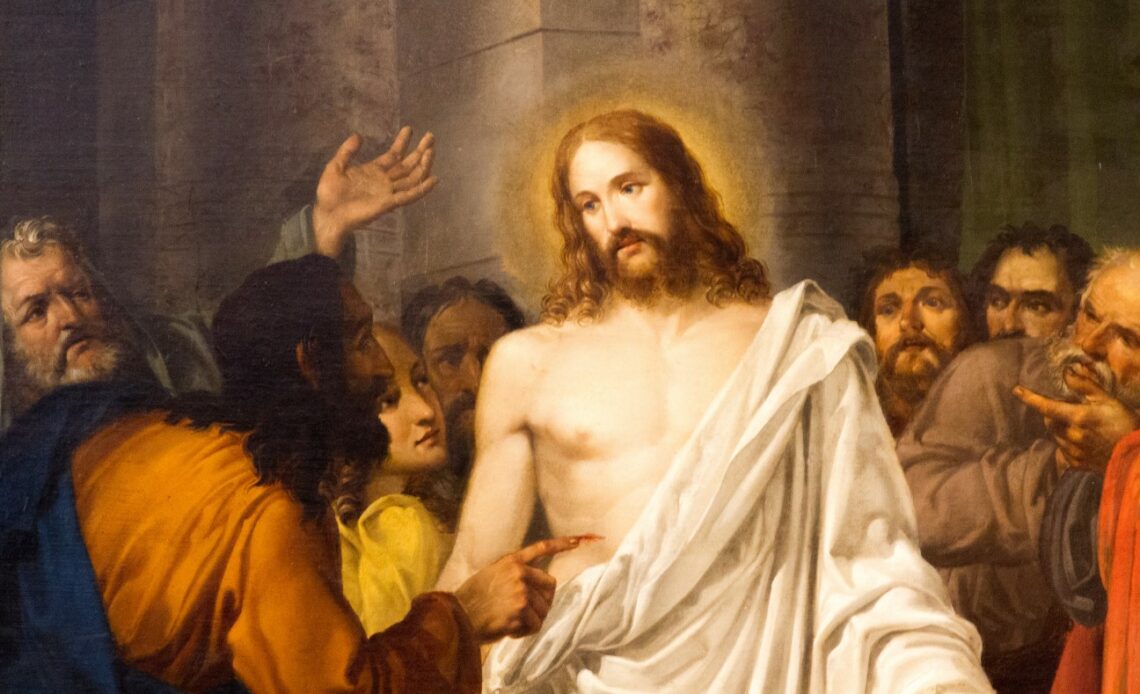 The Resurrected Christ Is Our Living Hope

“Blessed be the God and Father of our Lord Jesus Christ, which according to his abundant mercy hath begotten us again unto a lively hope by the resurrection of Jesus Christ from the dead. To an inheritance, incorruptible, and undefiled, and that fadeth not away, reserved in heaven for you” (KJV, 1 Pet. 1:3:4).

“Blessed be the God and Father of our Lord Jesus Christ”

When God is said to be “blessed,” it carries the meaning of praising God, adoring God, and speaking well of God. Blessing God honors His holy name, and here Peter is seen, after his introduction found in verses 1-2, beginning his letter with praise and adoration.

Peter transitions into the fact that God is not simply blessed, He is also the believer’s Father. The Fatherhood of God is an essential truth within Christianity. The Bible says many things about the status of the Christian. For instance, Scripture tells the believer that he is justified in Christ. What a blessing it is to be a justified believer. To be justified is to be declared not guilty by God. God is a just Judge, and when a believer is found to be in Christ, that same believer is also credited with the righteousness of Christ and is declared to be not guilty.

Another marvelous blessing for those who are found to be in Christ is that the wrath of God is satisfied. What a startling truth. All the sins that a believer has committed from his youth are too many to count. Nevertheless, the Bible makes it clear that the Christian is no longer under the wrath of God because of the wrath-bearing death of Jesus Christ.

More gracious gifts are given. The Bible also tells the believer that he is reconciled to God. As one reads the first 3 chapters of the book of Romans, in large part, things look rather bleak for humanity. Paul tells of the way in which all of humanity has sinned against his Creator and that there is not a single person on the face of the earth that is good when placed up against the law of God. Nevertheless, in Romans 5, Paul could transition from such a harsh reality to saying that those who have been justified are also reconciled to God. Simply put, those who have been justified are at peace with God.

God the Son Incarnate: The Doctrine of Christ (Foundations of Evangelical Theology)

Despite all of the amazing blessings previously written, the Fatherhood of God is altogether unique. Although there may be a common belief that God is everyone’s Father, this is simply not the case. He is first and foremost Jesus’ Father, as the Scripture above tells us. Then, He is the Father of those who are in Christ and are adopted into the family of God.

It must be mentioned and cherished that through adoption, the believer enters into a relationship with God in which the believer gains the inheritance that is promised. Reigning with Christ comes by way of adoption, as do the riches in glory that God gives to His children.

But here, Peter gives special attention to the relationship between God the Father and God the Son.

“which according to his abundant mercy”

Let us not forget God’s mercy. This truth must never be forgotten. The devil will seek to crush the believer through an endless number of assaults. In 2 Corinthians 4:1, Paul makes it clear that the ministry that he had was by the mercy of God. Paul would have kept this fact close to his heart. Do not forget that Paul wrote about the war between the flesh and the Spirit in the book of Galatians. He also told of the way that he was the worst of sinners.

Sin is devastating to the conscience. Satan will pour salt on a wounded heart. The Christian must make much of the mercy of God. God is absolutely merciful, and He is glorified in being merciful. God is glorified in forgiving sinners for their sins and magnifying the work of Christ as a result.

There are some who need to hear this today. There are some who find themselves discouraged beyond reason. There are some who seek to do what the Bible tells them, yet often they look into their own heart and see a dark abyss. God is merciful to the sinner – let us never forget this fact. He abounds to this end; He delights in being merciful. There is an abundance of mercy for those who would look to Christ this day.

One of the most devastating places someone can find himself in is a state of hopelessness. Without hope, it can be hard for someone to continue on. Without hope, the internal struggles that some will experience can be hard to put into words.

Hope brings newness of life. Hope brings energy, refreshes the Spirit, looks to the Lord, and sees a brighter day. The hope of the world is fleeting. It is not grounded in anything solid. To say, “I hope for a raise” – well, that may or may not come. Someone could strive all his life for the raise he was hoping for and never get it. Someone may say, “I hope for a better car or a nicer house.” Once again, these things are fleeting, and, as the Preacher said, “It is like chasing after the wind.”

But the Christian can hope in firmly-grounded promises finding their fulfillment in due time. One such promise can be seen in the resurrection of Christ. Peter looks to Christ in this verse and sees his risen Lord. He sees the Son of God as Isaiah did, high and lifted up. The resurrected Christ is our living hope. Hope is a person, and hope is alive. His name is Jesus Christ.

As one looks to Christ, he will be filled with hope. This world is passing away. The methods, philosophies, and practices of the world are sinking sand. But there is One to Whom the Christian must look. The Christian must fight against looking horizontally. He must fight against his disposition to be near-sighted. Look beyond the valley. Look beyond the mountain. Look beyond the fog and through the mist. Christ can be seen as the triumphant Victor Who defeated death and conquered the grave. Hope can be found when someone takes a look at the resurrected Christ.

Christ has conquered. He has already done it. Victory has already been won. Find your rest in Him. He is hope personified, and there is no other. Salvation comes by no other name. Jesus alone will bring many sons to glory. Hope is found in Christ.

“To an inheritance, incorruptible, and undefiled, and that fadeth not away, reserved in heaven for you”

When someone looks to Jesus, he will see the first fruits of what is to come. Christ’s being raised to glory can assure the Christian that he will be raised to glory, too.

Father, I thank You for Your abundant mercies. I do not deserve Your love, nor do I deserve to dwell with You throughout all eternity. However, You have made a way of salvation in Jesus Christ, Your Son. I pray that in a new way, I would behold my Savior this Easter. I pray that in a fresh way, I would be encouraged by His resurrection. I pray that Christ would become more real to me then He has ever been. Eliminate my distractions this Easter season that I might gaze upon the Risen Lamb in clarity. In Jesus’ name, Amen.

Christ Devotional Disciples Heaven Jesus Resurrected Christ Son of God
452
2
Share
We use cookies on our website to give you the most relevant experience by remembering your preferences and repeat visits. By clicking “Accept”, you consent to the use of ALL the cookies.
Do not sell my personal information.
Cookie settingsACCEPT
Manage consent