Nothing Wasted: Using Every Part of Your Story for His Glory 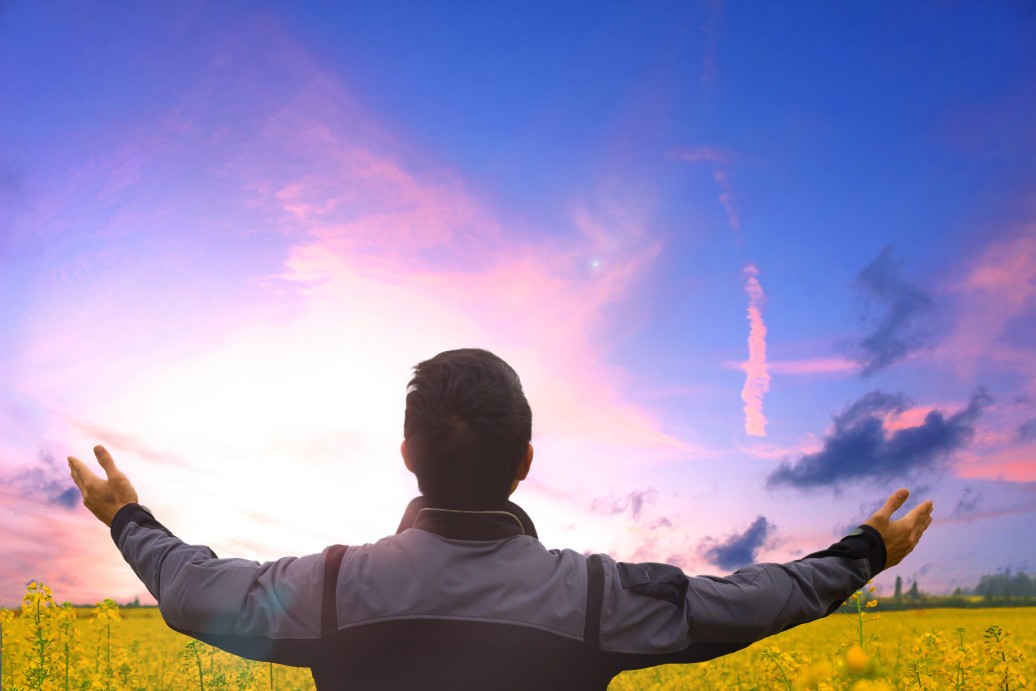 It’s easy to overlook the little details of our lives and assume that they don’t play a major role in the bigger picture. Additionally, we are quick to assume that God can’t use the parts of our story that we regret for any sort of good. However, there is no part of our lives that goes to waste when we have our life completely submitted to Him. God can use every detail, no matter how large or small for His glory.

My maternal grandparents were a major influence on my life growing up. While I loved my dad’s parents, they didn’t live anywhere close to where I grew up, so most of my grandparent memories were days spent with my mom’s parents. In my eyes, there was no one on earth like my maternal grandfather, a man we all called Pawpaw. Additionally, my maternal grandmother (you guessed it, “Mawmaw”) was always a source of stability no matter what was going on in our family. They loved deeply, offered correction when needed, and taught me multiple lessons that I still carry with me today.

One of those lessons that they taught me was the importance of not being wasteful. You see, Mawmaw and Pawpaw were raised during the Great Depression. A few years older than her, Pawpaw had many very vivid memories of being a teenager during a time period in which millions of Americans lost everything they’d ever owned. His family, who admittedly didn’t have very much money before the depression, wound up struggling even more than before.

Mawmaw’s memories were a bit different. Since she was a few years younger than Pawpaw, her memories about her family navigating the Great Depression were a bit different. Pawpaw remembered his mother taking every piece of clothing that he and his siblings outgrew and sowing them together to make new shirts and other pieces. He could recall his father, a man who owned a local sawmill, saving every scrap piece of wood so the lumber could be converted into something later on. Most of Mawmaw’s memories were based in the kitchen. Food was scarce, so wasting anything was out of the question. When her father would go hunting to bring back meat, her mother would make sure that every part of the animal got used for something.

What’s the point in discussing all of that? It’s to point out the fact that I grew up learning that nothing should be wasted. While my grandparents were very frugal and continued to operate under the same refusal to be wasteful that they grew up with, today I’ve found that the “nothing is wasted” mindset has a much deeper meaning.

There are parts of my story that I would love to erase. I’ve got plenty of regrets that surround bad decisions that I made before I gave my life to Christ. Additionally, there are things that I can look back at that seemed completely inconsequential at the time. I had no idea that those things would completely change my life. You see, when you submit your life to Christ, nothing is wasted. Your successes, your failures, and even your seemingly minute moments serve a grander purpose.

How God Uses Our Weaknesses

2 Corinthians 12:10 (TPT)
So I’m not defeated by my weakness, but delighted! For when I feel my weakness and endure mistreatment-when I’m surrounded with troubles on every side and face persecution because of my life for Christ-I am made yet stronger. For my weakness becomes a portal to God’s power.

Earlier in this portion of Scripture, Paul discussed how God had given him a “thorn in the flesh.” We don’t’ know what this thorn was, but there’s been a lot of debate about it. Some people believe that Paul had a physical infirmity, while others believe it was a temptation that he was prone to. Whatever the thorn was, Paul’s letter to the Corinthian church says that it was given to him to keep Paul from becoming arrogant (2 Corinthians 12:7).

God uses our weaknesses to help prevent us from becoming prideful. While He wants us to have a Godly confidence in Him, He doesn’t want us to become boastful and arrogant. Our weaknesses serve as a stark reminder that we are human, we are flawed, and we are prone to ungodly behaviors.

How God Uses Our Strengths

Jeremiah 1:4-5 (ESV)
Now the word of the Lord came to me, saying, “Before I formed you in the womb I knew you, and before you were born I consecrated you; I appointed you a prophet to the nations.”

God spoke to Jeremiah regularly, as Jeremiah (who is often referred to as the “weeping prophet”) wrote two books in the Old Testament. However, in this particular moment, God didn’t give Jeremiah a prophesy to share with all of Israel. Instead, He simply let Jeremiah know that He had a purpose for Jeremiah’s life.

You can read Jeremiah 1:5 and put your name in the space where God says “you.” Before you were ever formed in the womb, God had a plan and a purpose for your life. That’s why you have been blessed with the skills, talents, and aptitudes that you have. For instance, if you have a gift of public speaking, God can use that to help spread the Gospel to crowds of people. If you’re a gifted musician, God can use that to help usher people into a place of worship during a church service. However, gifts don’t have to be those that are seen on the stage.

God can use your strengths, the ones that He chose specifically for you, to further His kingdom. He doesn’t want us to be spectators who watch others participate. Instead, He blessed us with the skills that we have so we can be active participants in God’s plan for humanity.

God Can Use the Little Moments

Zechariah 4:10 (NLT)
Do not despise these small beginnings, for the Lord rejoices to see the work begin, to see the plumb line in Zerubbabel’s hand.

It’s easy to measure our lives by the big moments. The first steps, first words, graduations, and everything else that earns a picture in the family album with a special caption at the bottom. However, God can even use the moments in our lives that aren’t exactly revolutionary. Have you ever watched one of those sports highlight shows? They show all the big moments in the game, and that’s about it. However, in most cases, there are a lot of less impactful plays that went on before that big moment. That’s how our lives work.

When Zechariah referenced the plumb line in this verse, he was talking about a tool that construction workers still use today. A plumb line is used to ensure that a structure’s frame is completely level and in line with itself. In this Scripture, we receive a reminder that God includes those small beginnings in our story for a reason.

God, help me to remember that you’re using every part of my life and my story for Your glory. It’s all Yours. In Christ’s name, Amen.