While pain will, in fact, be a part of the Christian life (as it was a part of the life of Christ), there will be times in which it is still wise to avoid pain. Simply because Jesus bore a cross and we are told to bear one as well, this does not mean that the Christian is to throw himself into every painful situation headlong.

Pain can be good in the life of the Christian. In God’s economy, pain may produce a marvelous yield in the life of a believer if he is properly trained by it. Pain can produce a deeper understanding of God’s Word, a deeper relationship with Christ, a greater dependency on God, heightened prayer, earnest prayer, intimate prayer, and newfound fruit the Christian never knew before.

Nevertheless, God does not say that the Christian should go and seek out painful situations. In reality, the Christian need not do such a thing, as there are plenty of painful situations to go around. God has a custom-fitted cross for everyone to bear. It was a cross that beckoned the Savior to come for the joy that was set before Him. It is a cross that leads to the grave, but, let us not forget, it also leads to newness of life. 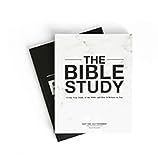 But still, God does not say that each and every painful situation should be embraced fully. Where can the Christian find his proof for such a claim? Paul gives the proof, and his life is the testimony. Follow Paul as he followed Christ.

The world has been cursed by the fall. Things are not how they ought to be. Pride, anger, bitterness, resentment, a lack of understanding, an unwillingness to understand, a heightened desire to be heard rather than to listen – all of these plague the world that the Christian finds himself in. But not just the world, for these things plague even the heart of that very Christian as well.

There is not a one-size-fits-all approach when there are so many variables to consider. Pray for wisdom as you take note of Paul’s approach with the believers in Corinth.

Scripture says, “But I determined this with myself, that I would not come again to you in heaviness” (2 Cor. 2:1). Paul thought through a potential visit to the Corinthians that would have caused him “heaviness.” He deliberated and prayed before the Lord and came to the conclusion that he would not visit them at that time.

Paul said that he “determined” with himself. The Greek word for determined is “krino,” which means that Paul decided or concluded that he would not visit the Corinthians. Paul had, in essence, made up his mind. He was not wavering and would not be persuaded unless the good Lord impressed it on his heart to change his mind.

Paul said he did not plan on visiting them because it would bring about heaviness in his own life. The Greek word used for heaviness is “lupeo,” which denotes heaviness, sorrow, sadness, and grief. It is as though Paul was saying that the trip would have left him feeling depressed.

Paul wanted to avoid this visit. A time may arise in the life of a Christian, when it is good in the eyes of God, to avoid a similar situation as well.

Paul did not only want to avoid the pain himself, but he wanted to avoid causing others pain. Paul realized that a visit to Corinth would lead to their pain. Scripture says, “For if I make you sorry, who is he then that maketh me glad, but the same which is made sorry by me?” (2 Cor. 2:2). In this portion of Scripture, Paul still had a focus on himself, and the other people were a secondary focus.

Paul realized that if he caused the Corinthians pain, which his visit would have done, then he would also experience pain. Paul was a man that did not shy away from pain. He met pain head on. But this does not mean that it was always wise for him to run into every painful situation. It is also wise to be built up in joy-filled fellowship.

To seek out painful situations and relationships would do away with the great benefit of joyful encounters with other Christians. Times such as these are good for the soul. They strengthen the believer and build faith.

Paul loved joy-filled fellowship. You can see his heart for joy and rejoicing in the Lord in the book of Philippians. Causing others pain must be strategic. Paul recognized that there was a time and season for the truth to be shared with others. Paul’s visit would have caused the Corinthians pain. Thus, he decided that it was not wise for him to go at that time.

Scripture says, “And I wrote this same unto you, lest, when I came, I should have sorrow from them of whom I ought to rejoice…” (2 Cor. 2:3). Paul here makes it clear that it was the people that would have caused him the pain.

Sometimes, relationships can be painful. Sometimes, it may be best to pull back, at least a little. Once again, there is not a one-size-fits-all approach to this topic. The Christian must also be careful not to use Paul’s example as an excuse to always be avoidant. However, it is clear in this portion of Scripture that Paul avoided this painful visit not because Corinth was a bad place, not because of the people outside of the church, not because he did not have the means to travel to Corinth, but rather because of what the people he would have gone to see would have brought about in his own life.

At first glance, it may seem selfish that Paul would do such a thing. “Is he more concerned about himself than others?” may be the charge of some. But Paul was wise, for he did not plan to avoid the Corinthians altogether, but rather he knew that it was best for both him and the Corinthians that he did not go at that time.

On this final point, Paul’s heart is on display for all to see. He did not avoid the Corinthians because he hated them. Nor did he avoid them because bitterness had taken root in his heart. Rather, the Scripture says, “For out of much affliction and anguish of heart I wrote unto you with many tears; not that ye should be grieved, but that ye might know the love which I have more abundantly unto you” (2 Cor. 2:4). Paul loved the Corinthian believers. You can almost hear Paul sobbing over this letter as he is writing it, his tears possibly falling onto the animal skin on which he was writing. His heart was for them, not against them.

Paul had spent nearly two years laboring over these people. His love was evident. It broke Paul’s heart to see what their relationship had come to. The division in the church, the pride, and the quarrelling had all snuffed out the love for Paul that once was.

In his letter, Paul makes it clear that he did not necessarily want to avoid the pain, for he was in anguish as he wrote to them. This was an appropriate situation for Paul to experience pain. However, we also have seen that God was not calling Paul to delve into even greater depths of pain that he would have experienced in his visit to Corinth. In conclusion, pain is unavoidable, but God can also give wisdom to the Christian in how to avoid certain types or depths of pain.

Father, I thank You for the ways in which You have helped me through painful situations. Teach me how to honor You in my pain. Show me how to approach the situations that arise in my life. Give me wisdom. In Jesus’ name, Amen.