Should Christians Be Involved in Politics and Elections? 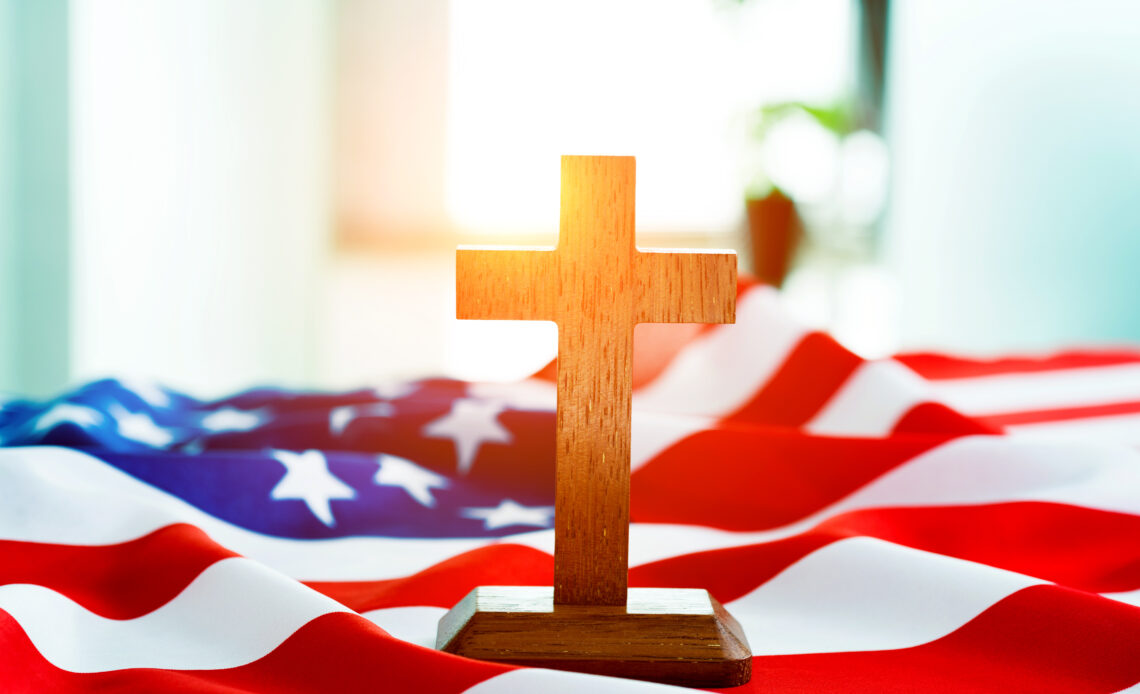 It could easily be argued that our nation has never been so divided among political lines as it is right now. It’s hard to get through a day without hearing about some level of political unrest, as men and women struggle to make their points heard, it’s easy to assume that we need to pick a side. Child of God, your position is not contingent on a donkey or an elephant. Instead, we are children of the Lamb of God. Today, discover what God says about the Church’s role in the political arena.

Election Day 2022 is expected to be one of the most tightly contested, debated, significant elections in our nation’s history. The battle lines have been drawn, and it is impossible to turn on your TV or radio without seeing some sort of political ad or a debate going on. It’s nearly impossible to scroll through your social media feed without seeing another political argument in which both sides are fully convinced that they are right and anyone who disagrees with them is wrong.

It’s easy to assume that as Christians, we are called to avoid any sort of political topics. We know that the Bible calls for us to be peacemakers, and it’s easy to believe that being a peacemaker means being silent.

Make no mistake about it, God is not silent regarding politics. The Bible is filled with examples of God working in government officials lives and accomplishing His divine purpose for His people through them. God is involved in politics, and He wants His people to be actively engaged in what is going in their nations, as well.

Unfortunately, there are a lot of misconceptions about what God says about politics. As we go into today’s study, ask the Holy Spirit for the strength to overcome any preconceived notions that you have about God and politics. The Church is God’s chosen conduit for His power to be known in this world. Part of that means that we need to vote. However, voting is only part of the equation.

As you prepare yourself to cast your ballot on Election Day 2022, consider some principles found in God’s Word. Doing so will ensure that you are not only voting the right way, but it also ensures that you’re living a Godly and upright life in the days and weeks following the election.

God Has a Purpose for Government

Romans 13:1-2 (TPT)
Every person must submit to and support the authorities over him. For there can be no authority in the universe except by God’s appointment, which means that every authority that exists has been instituted by God. So to resist authority is to resist the divine order of God, which results in severe consequences.

One of the most important concepts to keep in mind during any election season is the fact that God is at work in everything that goes on in this world. God has a purpose for the governments, and He is directly involved in setting up rulers and bringing them down. There is no elected official who will take office without his or her role having been known about by God since the beginning of time.

In the verses that follow the passage that we just read, Paul spoke about the fact that government leaders are put in place to enforce the laws of society. While it’s easy to view anyone who represents the party that we don’t support as “the enemy,” that’s simply not the case. While there are policymakers who are elected and put into office every election cycle, they are there primarily to carry out the laws of our land.

As you prepare yourself to cast a vote in this election, make sure that you think about the fact that God has a purpose for every man and woman who holds an elected office. Their primary purpose is to carry out the laws that have been established. However, God is more than able to carry out His purpose for the world through those who hold office.

Praying for Our Leaders

1 Timothy 2:1-4 (NLT)
I urge you, first of all, to pray for all people. Ask God to help them; intercede on their behalf, and give thanks for them. Pray this way for kings and all who are in authority so that we can leave peaceful and quiet lives marked by godliness and dignity. This is good and pleases God our Savior, who wants everyone to be saved and to understand the truth.

The idea of praying for our leaders is at the very core of being a Godly citizen. It’s easy for us to pray for the candidates who we want to support, but what happens when someone from another party wins the election? According to Scripture, we are called to pray for everyone who is in a position of authority over us. Did you notice that Paul didn’t tell Timothy that he only had to pray for the government officials that he agreed with? In Biblical days, there was no election process. Instead, rulers were chosen based on their standing in the family who currently held the throne.

Paul did not differentiate between rulers who knew God and rulers who didn’t when he issued this command. The Holy Spirit inspired every word of Scripture, so the truths that Paul passed along to Timothy also apply to us.

We spend a great deal of time talking about our government leaders, but how much time do we spend earnestly praying for them? We rarely hold back when we want to talk about a failed policy that a politician who we don’t support endorsed, but how much time do we spend asking God to reveal Himself to those individuals? If we’re being honest with ourselves, the answer probably doesn’t align with this passage of Scripture.

Before you vote, you should pray for the men and women who are running for office. Once the election is over, commit yourself to praying even harder for the winners. Doing so is a step in obeying God’s Word.

According to a study published in January of 2022, 40% of American adults say that politics cause them to experience a significant amount of stress. An addition 22% of those polled said that politics cause them to experience some amount of stress. That means that 62% of Americans are stressed about the election. Their stress doesn’t simply focus on whether or not the candidate that they have chosen to support wins. Instead, most of their stress comes from the fear of what will happen if their candidate loses.

As children of God, we are called to not fear the things that go on in this world, including elections. Does that mean that we don’t vote, educate ourselves about the candidates, and do our part in the democratic process? No, it doesn’t.

Christians not approaching the political arena with fear doesn’t mean that we don’t approach the political arena at all. Instead, it means that we truly embrace the fact that our Father in Heaven is high above any political office that will ever exist in our society. There is no President, Congressman, Senator, or any other elected official whose status in office hasn’t first passed through the hands of our Father. With that in mind, we do not have to be afraid of election results.

On this election day, pray. Pray before you vote, pray after you vote, and pray for those who win the elections in the months and years to come.

A Closing Prayer:
Heavenly Father, thank You for the nation that I live in where I can have a voice in who my elected officials are. Thank You for giving us guidelines in Your Word that teach us how to approach those elections and their results. Most of all, thank You for the promise that You will care for us. In Christ’s name, Amen.

Authority Election Election Day Government Politics Submission Voting
336
0
Share
We use cookies on our website to give you the most relevant experience by remembering your preferences and repeat visits. By clicking “Accept”, you consent to the use of ALL the cookies.
Do not sell my personal information.
Cookie settingsACCEPT
Manage consent