The Compassion of God Moves the Hand of God, the Heart of God, and the People of God 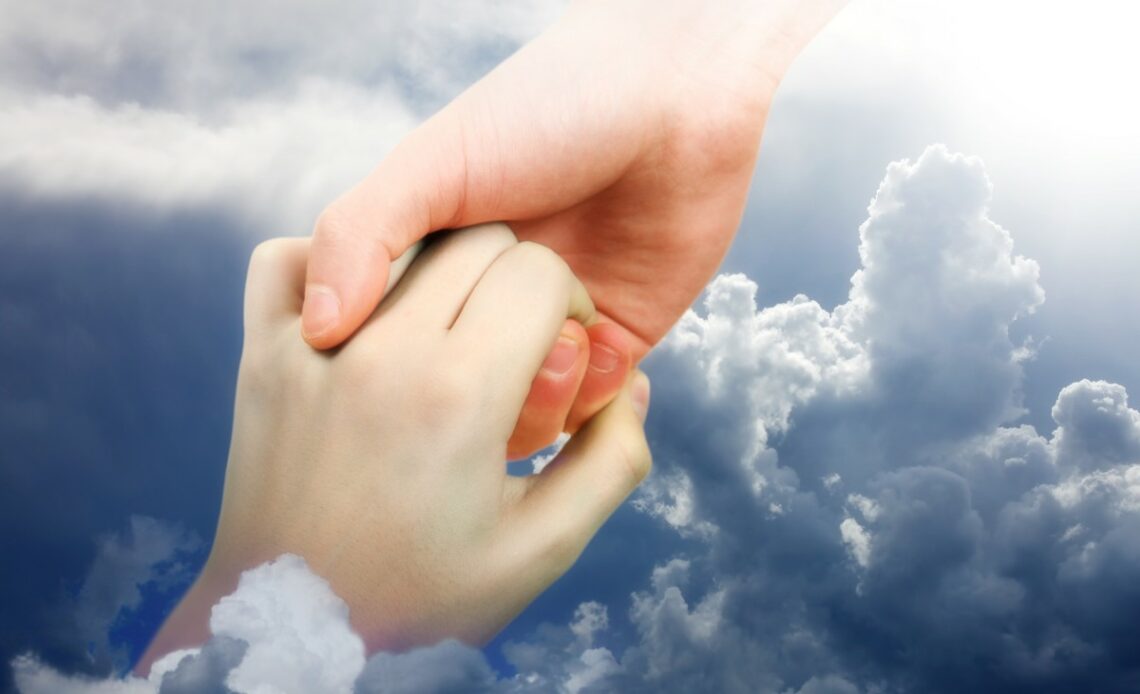 When you think of compassion, what comes to mind? Is it more of a concept than anything else? Is it simply a word that you can define? In what ways does God’s compassion impact the world in which people find themselves? It would seem as though many people may not think of the way in which the compassion of God causes things to change and people to move.

Jesus was known as a compassionate man. Jesus went throughout Judea, Samaria, and Galilee healing the sick, casting out demons, and forgiving sin. It has been said before that people don’t care how much you know until they know how much you care. Jesus did not walk the face of the earth shouting out various doctrines at people. He did, in fact, share with many the truth of His Word. However, He also spent large amounts of time caring for people apart from directly telling them certain Scriptures.

It can be said that Jesus lived out the Bible. The Bible can be seen in His life. After all, Jesus is the Word that became flesh. He is the manifestation of the Word of God. He is the Word of God personified. As Jesus lived out the Word, there was a common thread that ran throughout His entire ministry. It was a driving factor that led Him to coming to the earth. This common thread, this driving factor, is this: Jesus is compassionate. He cares for His creation. This compassion also causes things to change and people to move. All of this can be seen in Mark 1:40-45.

The compassion of Jesus moves the leper

The reason is this: the leper had already heard, or maybe had even already seen, the way that Jesus healed others like himself. In other words, the leper knew that Jesus had the ability to heal, but maybe more importantly, Jesus was willing to heal people that asked Him for healing. If Jesus only had the ability to heal but would not heal, the leper may not have approached Jesus. The fact of the matter is that Jesus healed people because He was compassionate. This was the underlying force that caused the leper to move. The leper knew that Jesus was a compassionate man, and thus he implored Jesus to heal him.

This is reminiscent of the unforgiving servant. Jesus told a story of servant who owed a large debt. The problem was that the man could not pay the debt. When the king called the servant to come forth and pay what he owed, the servant fell down on his knees and begged the king to have patience with him. The reason for this was that he knew the king was a compassionate king – although not directly stated, this is one of the main points of the story. Like the servant who fell down on his knees, so the leper did as well. The leper was moved, literally, by the compassion of the Savior.

After the servant fell down on his knees and pleaded with the king, the Scripture says this about the king’s response: “Then the lord of that servant was moved with compassion, and loosed him, and forgave him the debt” (Matt. 18:27). The king responded with compassion toward the man’s plea. The Bible even says that the king was “moved.” Compassion leads to action; it causes people to move. But what would Jesus’ response be to the pleading leper?

Learning to Live and Love Like Jesus: A Discipleship Journey for Groups and Individuals

Scripture says, “And Jesus, moved with compassion, put forth his hand, and touched him, and saith unto him, I will; be thou clean” (Mark 1:41). Jesus was “moved with compassion.” What did Jesus’ compassion do? It caused Him to move. He stretched out His hand, touched the leper, and healed the man.

So must the Christian also be moved with compassion. If someone says that he is a compassionate man, it will show by the way that he lives his life. Compassion cannot be present if people are not moving. Things change when compassion is present. If someone believes that he has a heart for the lost, this will show in his life.

Compassion always bears fruit. It is so closely connected with fruit that, in the above verses, it is not stated on its own. The Bible says that Jesus and the king were “moved with compassion.”

The compassion of Jesus moves His heart

However, there will be times in which compassion will not lead to a desirable earthly outcome. Spiritual blessings are to be had when someone acts in compassion.

Nevertheless, if the Christian desires to be compassionate, he must recognize that there may be some things that he will need to give up. The greatest place this can be seen is in the cross and the incarnation of Christ. When Jesus came to earth, He gave up the glory that He previously had in heaven with the Father. He also died a brutal death in His mission to show compassion to the people. In actuality, the cross was Christ’s most compassionate act, and it cost Him greatly.

Even in the story of the leper, we can see that Jesus’ compassion cost him. After Jesus healed the man, Jesus told the man not to tell anyone. But after the man was healed, he chose not to listen to Jesus. The following is said: “But he went out, and began to publish it much, and to blaze abroad the matter, insomuch that Jesus could no more openly enter into the city, but was without in desert places…” (Mark 1:45).

Jesus’ compassion led Him to needing to remove Himself from the comfort and luxuries of the city. In His removal from the city, He went to dwell in what the Bible refers to as “desert places.” These were desolate places that lacked life. People would not have lived there (although possibly they would have traveled through).

Jesus’ compassion moved Him to help the man. Jesus’ compassion also caused Him to need to move His location. But His heart was so moved for the man, He was willing to forgo the ease of life that would have been found in the city.

The compassion of Jesus moves the people

Although Jesus had to remove Himself from the city because the man told the people what had happened, there will still large crowds of people that sought out Jesus. Maybe they were people who had heard the man’s story. Maybe they themselves were like the leper, having heard of Jesus’ compassion prior to what took place in the life of the leper. Either way, as Jesus retreated to the desert places, the Scripture says, “…and they came to him from every quarter” (Mark 1:45). Like the leper, these people were moved by the compassion of Christ.

Compassion generates movement. If a Christian is truly compassionate, it will cause him to move. It will also cause others to move around him. It is the compassion of God that causes Christians, this very day, to be drawn toward Himself. Show compassion in the world in which you find yourself. People will be drawn toward you, and you will be able to point them to the Savior.

Father, I thank You for being compassionate toward me. I recognize that there are times when I am not compassionate for people like I ought to be. I pray that You would work in my heart and develop within me a compassion like that of Jesus Christ. I pray that I would be moved with compassion for those around me. Give me a vision like Yours. Help me to see like You do. Forgive me, Lord, for falling short. In Jesus’ name, Amen.