The Glorious Gospel of the Blessed God 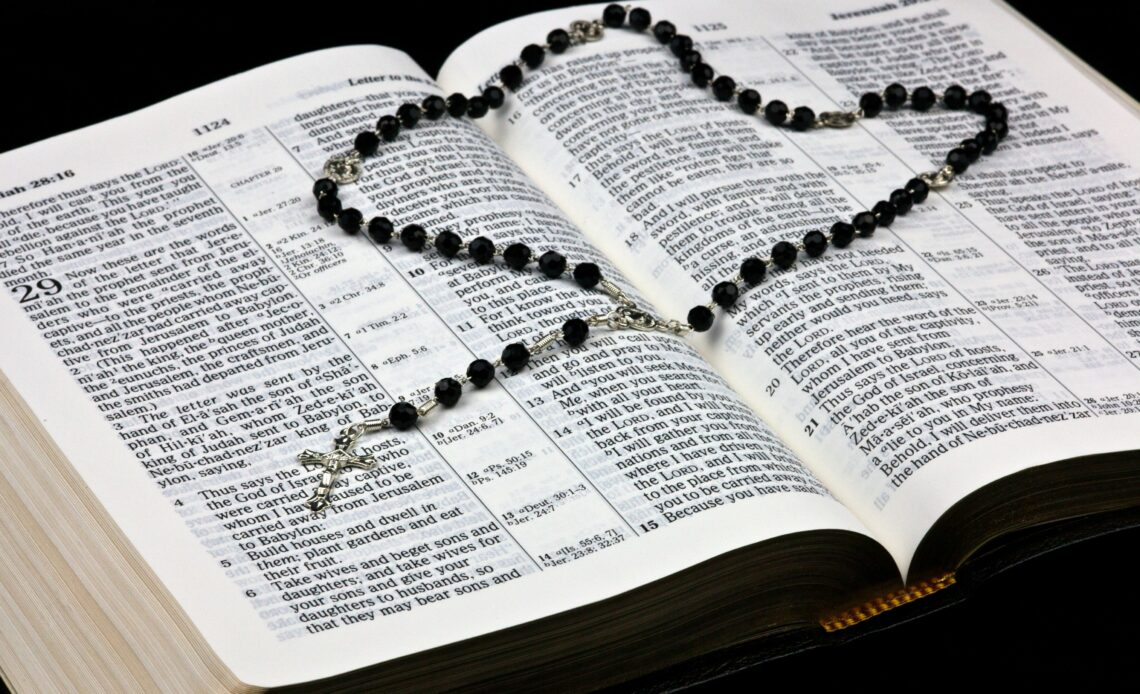 What sets the Bible apart from all other books? What makes this “book” so glorious? Theologians and scribes have been at odds for centuries debating what makes the Bible the most long-lasting, oldest, and one of the most precious of texts. So you too can debate and decide for yourself why the Bible is so fantastic, we’ve decided to share some incredible things about it with you.

The Bible Is Actually 66 Books

People who refer to the Bible as “a book” are incorrect. It is actually 66 individual books and written records. It is Hebrew and Jewish in origin, starting with the first five books of the ancient Torah, the Jewish holy scriptures. Christians carrying a Bible fail to understand that their religion or spiritual faith is Judeo-Christian, placing its roots firmly in Judaism and the time leading up to, including, and following the life of Christ.

In fact, the Old Testament is much longer in both chapters and books, containing 39 books to the New Testament’s 27 books. Up until early Christians began taking down the teachings of Christ, the only holy scripture in existence was the Hebrew Tanakh that included the Jewish Torah. Even more amazing, the 39 books of the Old Testament have outlived and survived centuries of transcription, wars, and natural disasters. No other single book has ever survived that long.

Almost every Jewish and Hebrew family alive can trace their roots back to one of the twelve tribes of Judah, thanks to the Old Testament and/or the Tanakh. That is something that is not entirely possible with Gentiles because many birth and death records throughout history were destroyed by wars and fires. This fact alone makes the Bible pretty extraordinary in terms of a set of historical books.

The New Testament Is Technically the “Gospel”

While the entire anthology of books we call the Bible is frequently referred to as “the Gospel,” it is really only the New Testament that is technically the Gospel. The word itself, Gospel, is taken from early Anglo-Saxon which was “God spel” or “a story to be told of God”. It refers to the life, teachings and miracles of Christ, the only recognized God-in-human-form being to be acknowledged by humans on Earth.

All of the books, epistles and letters in the New Testament are about Jesus Christ and the spread of Christianity after he was crucified. The only book that doesn’t address much related to Christ is Revelations, but even Christ makes an appearance here. It ties back into the Jewish/Hebrew predictions of the coming of a savior in the Old Testament.

Eleven times the Old Testament says a Messiah from God is coming. The Jews still believe this, even if they don’t believe that Jesus was the Messiah. The most striking of verses is Micah 5:2-4:

“2 But thou, Bethlehem Ephratah, [though] thou be little among the thousands of Judah, [yet] out of thee shall he come forth unto me [that is] to be ruler in Israel; whose goings forth [have been] from of old, from everlasting.
3 Therefore will he give them up, until the time [that] she which travaileth hath brought forth: then the remnant of his brethren shall return unto the children of Israel.
4 And he shall stand and feed in the strength of the LORD, in the majesty of the name of the LORD his God; and they shall abide: for now shall he be great unto the ends of the earth.”

These verses not only predict the coming of a Messiah, but also the Messiah’s role in the end of Earth and end times. The Jews still believe that a Messiah is coming and has not yet come, and that when the Messiah arrives, the end of the Earth is finally here.

Christ’s reference to his role in end times in Revelations in the New Testament is reflected by the opening verses in Revelations, as well as in other chapters in this final book of the Bible.

These verses in Revelations referring to Christ as the Messiah of end times say:

“5 And from Jesus Christ, who is the faithful witness, and the first begotten of the dead, and the prince of the kings of the earth. Unto him that loved us, and washed us from our sins in his own blood,
6 And hath made us kings and priests unto God and his Father; to him be glory and dominion for ever and ever. Amen.
7 Behold, he cometh with clouds; and every eye shall see him, and they also which pierced him: and all kindreds of the earth shall wail because of him. Even so, Amen.
8 I am Alpha and Omega, the beginning and the ending, saith the Lord, which is, and which was, and which is to come, the Almighty.”

Christ grants John the visions and the words regarding how the end of the world will come about, and how he, Christ Lord and Savior Almighty, has been present in the Universe all all along and will be present still at the end of everything in our existence. That’s pretty intense and incredible stuff right there.

The Books Are Verifiable and Unchanging

The books of the Old Testament are verifiable, i.e., they can be matched almost word for word in the original Hebrew of the Jewish texts. The New Testament’s books verify each other in that only small variations in the stories from Apostle to Apostle make the books slightly different. In no way, shape or form do the books written by Apostles contradict each other. They actually offer additional views and points not seen or perceived by the other Apostles present when Christ was teaching or administering to the masses.

Furthermore, much of what is present in the New Testament confirms things in the Old Testament, and vice versa. For things that were written hundreds of years to a century apart, that’s pretty incredible. If you think any of this is coincidence, you have to realize and understand that what was written in the Jewish texts of the people of Christ’s day were not “required reading” for the common man, and most women were not allowed to read at all. It would be a rare thing for an Apostle of Christ to know Jewish texts word for word in order to create the books of the New Testament that would verify what the Old Testament said!

Do You Need Help Believing in the Word of God?

An age-old argument that the Bible was just written by men and nothing more is a very sad argument. It dismisses the existence of the Holy Trinity as the writers and creators of the universe and of mankind. It is suggestive that God could never “inspire” a human to write “the words of God.”

If you feel yourself leaning toward the idea that the Bible was just written by men, your faith is under attack. You need help believing. If you want to and you are able, pray this:

“Oh Heavenly Father, I’m sorry I live in disbelief of your Word, the true inspired work of God. My faith needs your strengthening, Lord. Show me how marvelous your works are, and help me to believe everything your Bible says and teaches. Thank you, Lord. Amen.“

Use your own words to pray. Believe them when you pray them. God will hear you and help you.