The Power of Humility in Fighting against the Enemy’s Attacks 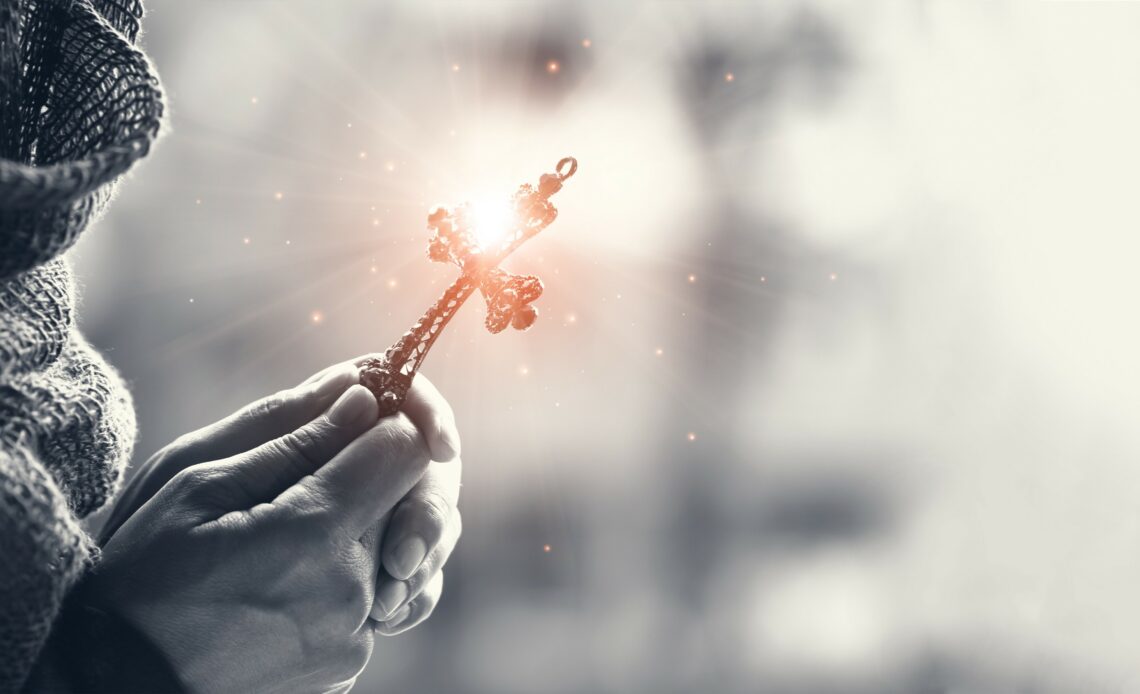 Jonathan Edwards was a learned man who lived during the 1700s. He was thought to be the man who sparked the Great Awakening in America. During Edwards’ time, some of the pillars of church history (such as George Whitefield, John Wesley, and Charles Wesley) were all playing their part in the Great Awakening as well, whether in America or abroad.

However, there was something special about Edwards. He was an avid student of the Word. He spent the first 12 hours of each day studying the Bible and extracting rich truths from the depth of God’s well. As he did this, he would write books and treatises. Due to his immense devotion to God’s Word and theology, he is prized by many as America’s greatest theologian. While studying God’s Word, Edwards discovered what is something of a secret in our modern era: The best weapon against the enemy and spiritual attack is the humility of a man.

It can be difficult at times to know how to deal with the enemy and his legions, as there are competing theories on the matter. Some would say that you should cast the devil out of your home and command him to flee. Along with this, you might hear someone telling Satan that he is bound.

Another camp would go on to say that the Christian does not have any type of authority like that. Rather, he must turn to God and trust in Jesus that His will would be done, and he must pray concerning matters such as this. These believers might turn to passages such as Job, where we see that the enemy was even used by God to perform God’s will. They would say that this brought about God’s glory and Job’s good.

What does the apostle Peter say about spiritual attack?

In the book of 1 Peter, Peter seeks to encourage his readers during a great time of persecution that is rising within the empire. As he brings his book to a close, he feels the need to inform his readers of the works of Satan and the suffering that will come by the devil’s hand.

In 1 Peter 5:6-11, Peter tells us that Satan is much like a lion who prowls the earth looking for something to eat. This is reminiscent of what we can read about in the book of Job. A time came when Satan went to present himself before God. God asked Satan where he had been. Scripture tells us of Satan’s response: “…From going to and fro in the earth, and from walking up and down in it” (Job 1:7). Satan was roaming the earth and looking for someone to devour.

So there is a good picture of the enemy and his relentless pursuit of the destruction of mankind. Peter tells us a number things concerning what the Christian must do. He tells us to be watchful, to be on the lookout for Satan and his schemes, to turn to God in prayer, and to resist Satan in faith. However, there is one weapon of our warfare that is of special significance as it pertains to this article.

But does the Bible highlight humility more than this? How important is humility in the believer’s fight against the enemy?

What does James say about spiritual attack?

In the book of James, chapter 4, we encounter another portion of Scripture that deals directly with spiritual attack and the works of Satan. In chapter 4, verse 7, the devil is directly mentioned, and he is spoken of as one who will flee from the believer if the believer resists him.

Humility is all over the verses here in James 4, as well as in 1 Peter – both passages that inform us of how we are to fight against the enemy. If you humble yourself, the enemy will flee.

What do Matthew and Luke say about spiritual attack?

It is widely held that the sin of pride made Satan fall from heaven. It is also widely held that the sin of pride made Adam and Eve sin in the garden. As they looked upon the fruit, they sought to elevate themselves above God and His commands. In this, they sinned against God. They become proud in the garden. It should be clear that if they would have humbled themselves in the garden, then they would have been able to withstand the enemy’s attacks. Nevertheless, if that connection is hard to make, take a look at the example of Jesus.

A time came in the life of Jesus in which He went out into the wilderness to be tempted by the devil. This scene is recorded in both Matthew’s and Luke’s Gospels. This scene is reminiscent of Adam and Eve’s encounter with Satan in the garden.

Humility is so closely thatched with obedience that you cannot separate the two. Jesus was obedient, and in that, He won the victory.

At the end of Satan’s attempts to bring about Jesus’ downfall, the Bible tells us that Satan left Jesus. He fled from Jesus. Just like James says: If the Christian humbles himself and resists the devil, then the devil will flee. Jesus humbled Himself, and Satan left him. After this, times of refreshing came from the Father, as angels were sent to minister to Jesus.

Father, I thank You for Your instruction to me in Your Word. You have made it clear that I am to be humble before You and before others. When I am humble, the enemy will flee. Please help me to walk in humility. I need Your help each and every day. In Jesus’ name, Amen.