The Power of Priorities 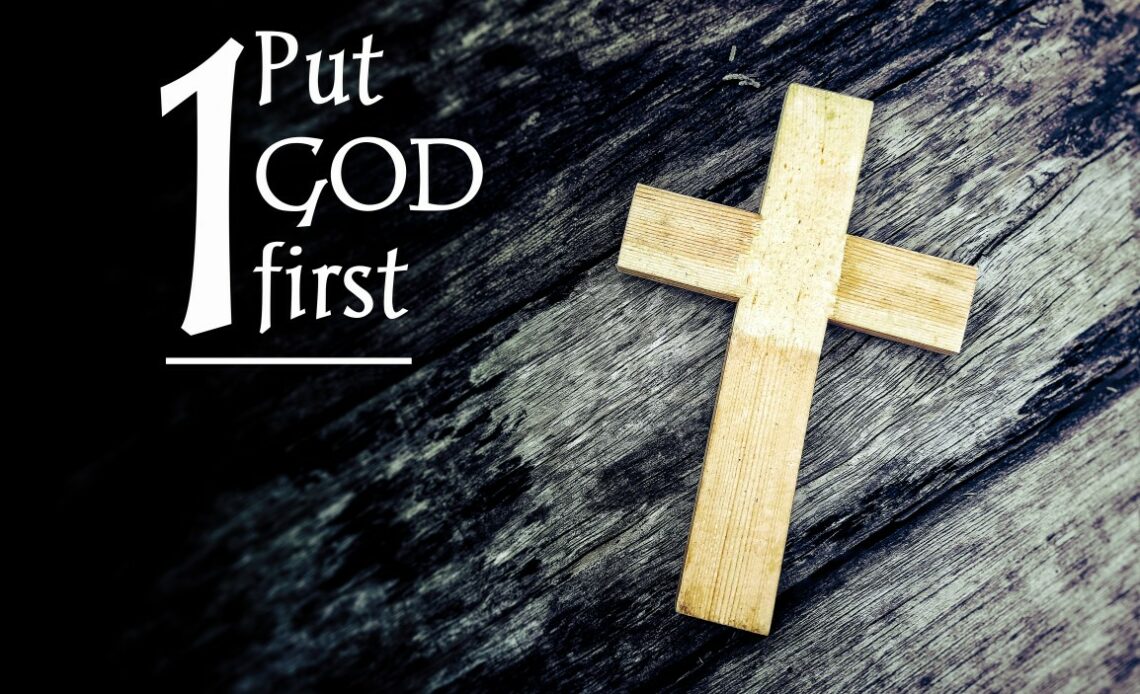 According to a recent study published by the New York Post, the average American family is busier than ever. In fact, the survey which included 2,000 parents of school-aged children shows that the average family living in America today spends roughly 37 minutes of quality time together. That astoundingly low number probably ties back to the fact that 60% of the parents surveyed said they would describe their lives as “hectic.”

While those numbers certainly seem problematic, it’s easy to wonder whether or not God is concerned about our time management skills. After all, as long as your children are taken care of, your bills are paid and you’re fulfilling your responsibilities, everything is fine, right? Undoubtedly, God understands how busy you are. He knows that you have to juggle work, home, kids, family, friends and everything else. After all, He is the one who blessed you with the job that takes up 40 or more hours of your week. He is the one who blessed you with the home that you have to keep clean and the family who seems to always be going in a thousand different directions. While all of that is true, God still has expectations about our priorities.

Before we go on, it’s important to understand what God doesn’t command. God isn’t against your having a job. God understands the fact that you have bills to pay, and jobs are a necessary part of paying those bills. In fact, God encourages people to work in His Word (2 Thessalonians 3:10). Additionally, there is absolutely nothing wrong with encouraging your children to take part in extracurricular activities. Understanding Godly priorities isn’t about stripping your life of anything that isn’t directly related to personal Bible study and church attendance. Instead, it’s about following through on Jesus’ command to put the things of God at the top of your priority list.

Matthew 6:33 (ESV)
But seek first the kingdom of God and his righteousness, and all these things will be added to you.

There is nothing wrong with being successful in your career field and having personal interests. The important thing is to seek God and His kingdom first and then all of “these other things” will be added to you.

A great example of Godly priorities is found in a familiar story in Saint Luke’s Gospel.

Luke 10:38 (ESV)
Now as they went on their way, Jesus entered a village. And a woman named Martha welcomed him into her house.

Put yourself in Martha’s shoes. Obviously, she was a believer in Christ, and she found out that Jesus and the disciples were coming into town. It only made sense to invite Him into her house, right? Not only is it the friendly, polite thing to do, but it would also be an honor to have the Son of God come to your house for dinner.

Most of us make preparations before we have people over for a dinner party. In fact, many of work really hard to make sure that everything is neat and tidy before guests show up. In our attempt to make sure that our home is nice enough to entertain, we try really hard to make it look like nobody lives there. That’s exactly what Martha was doing. If Jesus is coming over for dinner and bringing his entourage of disciples with Him, it would only make sense to make sure the house was ready to host.

Luke 10:39 (ESV)
And she had a sister called Mary, who sat at the Lord’s feet and listened to his teaching.

This is where the conflict takes place. Martha has not only ensured that the house was ready to host the King of Kings, but she was also working to make sure that she prepared a dinner fit for a King. While Mary and Martha may have usually had dinner together, now there are 13 additional guests coming to the table, one of which was Jesus Christ. Martha was stressed!

You could easily say that Martha was feeling like life was hectic, much like 60% of the adults in the survey we discussed earlier are. And where is Mary? Mary is sitting at Jesus’ feet listening to His teachings. In Martha’s mind, the most important thing was hosting a pleasant evening for Jesus and His friends. In Mary’s eyes, the most important thing was the words that were coming out of Jesus’ mouth.

Martha was frustrated. Her focus was on making sure that Jesus and the disciples left her house with full stomachs and talking about what a good dinner party Martha had hosted. Her frustration is understandable, isn’t it? So, she did what any of us would do. She pointed out Mary’s lack of interest in helping her.

Luke 10:40 (ESV)
But Martha was distracted with much serving. And she went up to him and said, “Lord, do you not care that my sister has left me to serve alone? Tell her then to help me.”

What was Martha? Martha was “distracted.” It’s not that Martha wasn’t sinful or that Martha didn’t care about what Jesus was teaching about, she was just distracted. In fact, she was distracted with trying to serve the Lord. Martha walks up to Jesus and points out Mary’s lack of help and asks Him for a favor. “Tell her then to help me.”

Martha knew that Mary was listening to every word that Jesus said. Wouldn’t it be nice if He would just throw something into His lesson about helping your sister in the kitchen? Undoubtedly, Martha was surprised when Jesus’ answer came.

Luke 10:41 (TPT)
The Lord answered her, “Martha, my beloved Martha. Why are you upset and troubled, pulled away by all these many distractions? Are they really that important?”

Wow! Jesus didn’t condemn Mary for her laziness, but He also didn’t condemn Martha for her busyness. Look at how He addressed her: “Martha, my beloved Martha.” He wasn’t angry at Martha for working in the kitchen. In fact, He considered her a beloved friend. However, he also pointed out what her tasks were: distractions. Martha was distracted with menial household tasks that paled in comparison to the importance of Jesus’ teachings.

Jesus didn’t berate Martha, that’s not how he operates. Instead, He used this as a teaching moment. Martha didn’t have a spiritual problem; she had a priority problem. The tasks that Martha was focused on were important, noble, good tasks! They just weren’t as important as what Mary was doing.

Luke 10:42 (TPT)
Mary has discovered the one thing most important by choosing to sit at my feet. She is undistracted and I won’t take this privilege from her.

Mary was “seeking first the Kingdom of God and His righteousness.” Jesus wasn’t about to tell Mary to stop listening to His teachings to go make sure dinner was served. He pointed out that Mary had found the one thing that was most important and that she was undistracted. Martha was acting like any good host, but Mary was enamored with the presence of Jesus. What Martha did was good, what Mary did was better.

Isn’t it easy to get distracted? Depending on your personal responsibilities, you may be a spouse, parent, caregiver, employee, volunteer and carry any number of other titles in your daily life. All of those titles are wonderful, and you should perform all of the duties that come with them to the best of your ability. In fact, Paul told the Colossian church to do everything they did “with their whole heart” and to act as though they were “doing it for the Lord” (Colossians 3:23).

We aren’t called to spend 24 hours a day reading our Bible and praying. Instead, we are called to prioritize our relationship with Christ and our desire to share the Gospel Message of His love and His mercy with all of those around us.

A Closing Prayer
God, help me to shift my focus onto the things that really matter. You know how many responsibilities I have but help me to use those responsibilities to share You with people I come in contact with. Sometimes I feel a lot like Martha, distracted by all the things on my to-do list. Instead, help me to be more like Mary and focus on Your presence and Your Word. In Christ’s name. Amen!