The World’s Gaze Is Fixed on Christ: Are You Looking as Well? 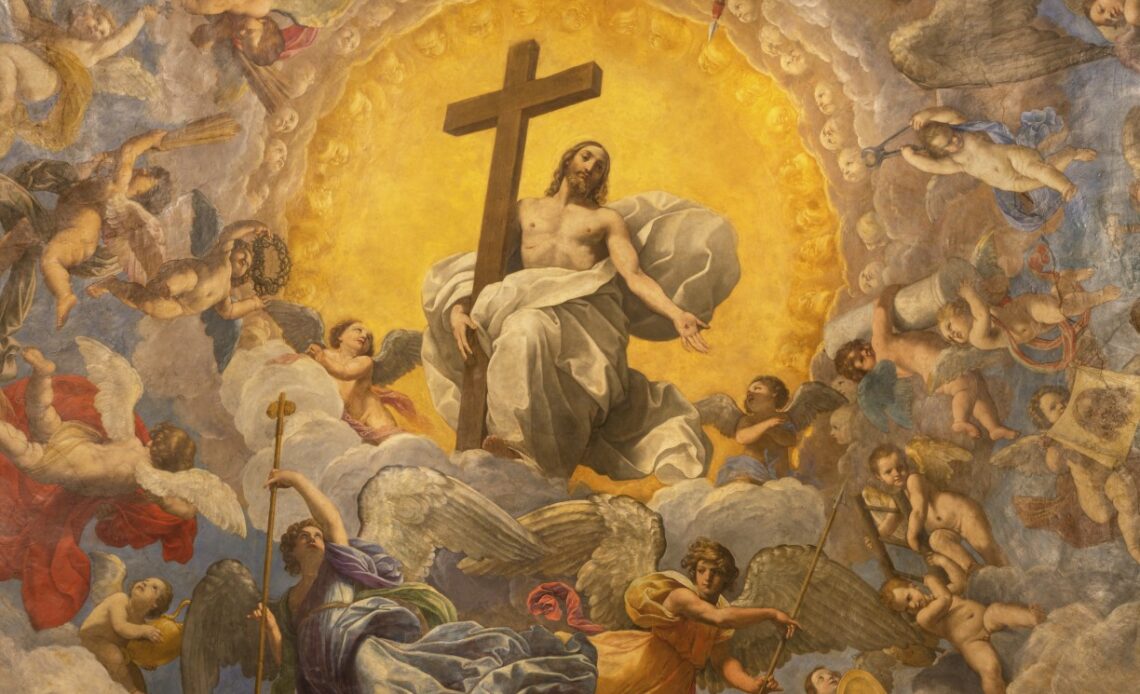 The reason for this is that all of Creation is about the glory of God and the revealing of Christ to the world. Jesus is the focal point of the Word of God, and He must be seen through it. From the outset, the Word of God (Jesus) was present in creation. His light was in the world before there was a sun. And so, at the end of the world, His light will be the light in the new heavens and the new earth. Adam was a man who was a type of Christ but who failed in his representation of humanity. But Christ, according to Romans 5, is the better and perfect representative. He fulfilled the role of Adam perfectly.

In Genesis chapter 3, Adam and Eve fell to the sinful tactics of the enemy through the lust of the eyes (the fruit looked good), the lust of the flesh (it tasted good), and the pride of life (they could be like God if they ate). In Matthew chapter 4, Jesus triumphed over the work of the enemy when Satan sought to tempt Jesus with the lust of the eyes (showing/giving Christ the kingdoms), the lust of the flesh (turning rocks into bread), and the pride of life (proving that Christ is God). Shortly after the fall of Adam and Eve, a prophecy is given in which it is said that the seed of the woman will crush the head of the serpent (Gen. 3:15). This is the first prophetic reference concerning Jesus.

500 pennies with cross cut out of center, plus 100 free pennies,

It would be easy to continue down this path, but we must turn quickly to develop this subject through the eyes of the Apostle Peter. In 1 Peter 1:10-12, the Apostle Peter unpacks the gaze of the world by highlighting the One Who is worthy of such a consolidated focus.

The prophets look to Christ

Prior to 1 Peter 1:10-12, Peter had been talking about salvation. As he gets into this portion of Scripture, he says, “Of which salvation the prophets have enquired and searched diligently, who prophesied of the grace that should come unto you” (1 Pet. 1:10). The first set of eyes that Peter speaks of is that of the prophets.

First Peter 1:10 also highlights grace. It could actually be another heading in this article. Grace looks to Christ. Apart from Christ, there would be no grace. Grace flows through the cross.

The Word looks to Christ

While these prophets looked to Christ, they also searched diligently in the Scriptures. The Scriptures point to Christ. All throughout the Old and the New Testament, Christ is on display – through foreshadows, types, prophecies, His incarnation and the events that followed, and His promised second coming. The Word of God is what these prophets sought to align their gaze with.

If you are off track and cannot see Christ, do what these prophets did. The Bible will be your “Songlasses.”

The Spirit looks to Christ

One of the primary ministries of the Spirit of God is to magnify Christ. The Holy Spirit is a humble servant of Jesus. He is like the John the Baptist, who desired to become less so that Christ would become more, but the Holy Spirit is even greater. Scripture says concerning these prophets, “Searching what, or what manner of time the Spirit of Christ which was in them did signify…” (1 Pet. 1:11). The Holy Spirit that dwelt within them pointed them to Christ.

In much the same way, the Holy Spirit that dwells in every believer will be pointing his heart and inward gaze toward Christ.

The revelation looks to Christ

Scripture says concerning the prophecies that were given, “Unto whom it was revealed…” (1 Pet. 1:12). Peter highlights the revelation of God. While the Bible is the revelation of God, this word (revelation) demands special consideration. The word has to do with an unveiling. It is as though something was behind a curtain. It was hidden and could not be seen. But in God’s special and unique timing, He would gradually pull back portions of this curtain until the full revelation of Christ came. Revelation looks to Jesus.

The church looks to Christ

Scripture says, “Unto whom it was revealed, that not unto themselves, but unto us they did minister the things…” (1 Pet. 1:12). What this portion of Scripture is saying is that the prophets in the Old Testament did not just prophecy for themselves. Rather, there was a future ministry that was taking place for the church. The “us” that Peter speaks about is the church. Therefore, what he is saying is that it is now the church that fixes her gaze upon her wonderful Savior.

The Gospel looks to Christ

But how does the church align her gaze upon Christ? Yes, the Word of God will do that for the church. But the most powerful telescope that can be used to see Christ is the Gospel. Scripture says, “which are now reported unto you by them that have preached the gospel unto you with the Holy Ghost sent down from heaven…” (1 Pet. 1:12). Here, one can see that the Gospel looks to Jesus.

In the Gospel, the holiness of God and the sin of man are on display. This brings about a problem as God must punish sin. Christ is seen as the solution to this problem. He came into the world as God the Son – 100% God and 100% man. He committed no sin, but rather in everything Jesus did, He pleased the Father. Since He was born under the law, He could fulfill the Law’s demands, thereby being a source of rescue for those under the law. This righteous life that He lived He now offers to the sinner. He tells the sinner that upon His shoulders, He bore the sin of mankind, and forgiveness is offered as well. Both forgiveness and righteousness are given through the finished work of Christ, and both can be seen clearly in the Gospel.

The sinner is simply called to repent (turn from his sin) and believe in Christ and His work.

The angels look to Christ

This portion of Scripture ends with the following statement as it pertains to the Gospel message: “…which things the angels desire to look into” (1 Pet. 1:12). The angels are looking to Jesus. As they look, they are amazed to see such grace and mercy toward the sinner.

When Satan and one third of the angels sinned against God, God did not give them a second chance. God condemned them to their ultimate doom. Their fate has been sealed from the very first sin they committed. The angels look to Christ and are amazed at His grace, love, and mercy.

Look to Christ today and be amazed as well.

Father, I thank You for Christ. Fix my gaze upon Him anew this day. Open my blinded eyes that have been stained with sin. In Jesus’ name, Amen