Unlocking God’s Purpose for Your Life 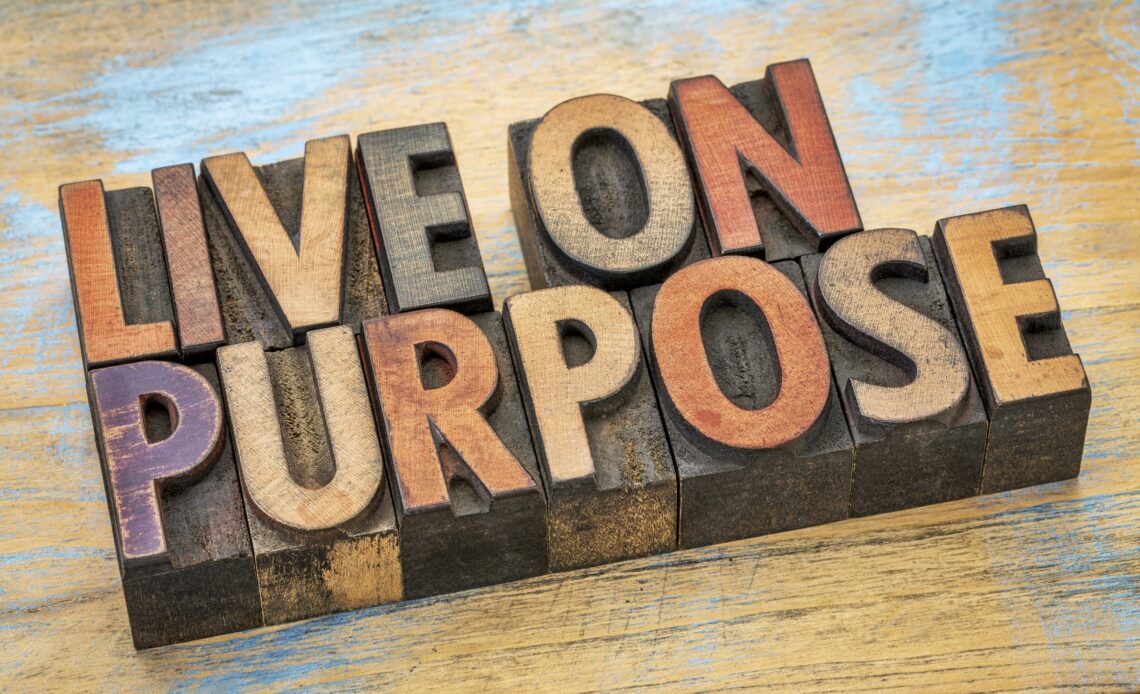 Many people struggle when trying to figure out what God’s plan and purpose for their life is. While it would be wonderful if you could open your Bible, turn to a verse and figure out what college to attend, who to marry and how many kids to have, that’s not necessarily the way things work. In most cases we can’t just simply look to the sky, ask God what we should do about a situation and get an immediate audible response. Yes, God speaks to His children, but generally following God’s lead doesn’t involve a question-and-answer session.

Instead, Jesus told the crowd who listened to His Sermon on the Mount that the key to tapping into the fullness of “all these things” that God had for them was simple:

Matthew 6:33 (ESV)
“But seek first the kingdom of God and his righteousness, and all these things will be added to you.”

Effectively unlocking God’s purpose for your life involves God and His righteousness before focusing on your own desires. God’s plans for your life are incredible. In fact, they’re even better than the plans that you have for your own life! However, obedience is the key to unlocking those plans. That’s a lesson that Joshua and the children of Israel learned the hard way.

Joshua, Jericho and Ai
In Joshua 6 we read the familiar story of how Joshua led the Israelites around the mighty walls of Jericho. Because of their obedience, God caused the fortified walls to fall flat in front of them, allowing Joshua and the Israelites to walk in and overthrow the city. However, God gave them one special instruction once they had conquered Jericho:

Joshua 6:19 (ESV)
But all silver and gold, and every vessel of bronze and iron, are holy to the Lod; they shall go into the treasury of the Lord.

Joshua and the Israelites had been living in the wilderness for decades. In fact, by the time we get to Joshua chapter 6, only Joshua and Aaron were left out of the people who came out of Egypt. Everyone else in their army had been born in the wilderness, lived like nomads and had never really had anything of value. Now, when faced with a vast array of precious metals and valuable items, God told them that they weren’t to take any of it for themselves. Instead, everything was to be given to the Lord.

But why?! They had been obedient to God’s command on how to march around Jericho. Shouldn’t their faithfulness be rewarded? Yes, and God knew that. However, God’s plans for humanity go well beyond what we are able to see in the moment. All throughout the Old Testament, God’s people are told that they were to give all of their firsts to the Lord. If a farmer gathered 10 bundles of grain, the first bundle belonged to the Lord. If their cattle produced 10 calves, the first calf was to be given to the Lord. Now, God’s people had taken over the first city, and God commanded them to give the valuables that they recovered to Him.

It wasn’t because God needed gold, silver, iron and bronze. After all, He uses what we consider precious metals as pavement and decorations in Heaven. Instead, it was because He knew that for His people to fully walk in His purpose for them, they would have to remain focused on Him and His goodness towards them. Failure to do so would prove tragic, and it did.

In Joshua 7:1 we read how one man named Achan who was a member of Israel’s army disobeyed the command of the Lord. He took some of the valuables that were devoted to the Lord and buried them in his tent. Undoubtedly Achan assumed that there was no harm in just taking a couple items. But disobedience to God’s plan always produces consequences.

Once Jericho had been overthrown, the city of Ai was next. When Joshua sent spies out to scout the land, they came back and reported that Ai was barely populated. According to those spies, Israel wouldn’t’ even need a full army (Josh 7:3). However, because of Achan’s disobedience God allowed Israel to suffer defeat. The tiny army of Ai killed 36 Israelites (Josh 7:4), and the surviving soldiers were forced to retreat.

All of this loss occurred because of Achan’s disobedience. But what does that mean for us? It illustrates the fact that disregard for God’s will for our lives doesn’t just impact us. God’s plan for your life involves you being a benefit to those around you! Achan disobeyed on his own, yet three dozen of the people around him missed out on seeing the fullness of God’s promise to them.

Ultimately, Achan paid for his decision with his life and the life of his family members (Josh 7:25). That may seem harsh, but God is passionate about His children experiencing His plan for their lives. Once the stolen items had been returned the treasury of the Lord, Joshua was able to lead the Israelites back into battle with Ai where they were victorious. Even more noteworthy? This time Joshua and the Israelites were allowed to take the livestock and all the spoil of Ai for themselves (Josh 8:27).

God’s plan was to never deprive His people of the spoils of war. However, God’s plan was for His people to acknowledge Him first so He could “add all these things” to them. Achan, his family and the 36 casualties of the first war with Ai missed out on seeing the end result of the Promised Land because one man stopped seeking God first and became consumed with personal greed. Thousands of years later, His desire for us hasn’t changed. God wants to bless us, but He also wants us to acknowledge Him first. In the moment, that may seem uncomfortable and may even defy human logic. But God’s ways are not our way and His thoughts are not our thoughts (Isaiah 55:8-9).

You may never be asked to lead an army of people into a fortified city on a conquest for the Promised Land. However, God still has a purpose for your life, and that purpose is greater than anything you can ever imagine for yourself. But the benefits of walking in that purpose are contingent on you acknowledging God first in everything that you do.

In Psalm 24:4-5 (ESV), David penned the following words:
“Make me to know your ways, O Lord; teach me your paths. Lead me in your truth and teach me, for you are the God of my salvation; for you I wait all the day long.

Sometimes following God’s lead for your life involves some waiting. It means spending time studying His Word and truly seeking His plans for you in prayer. But if you approach this process with God’s kingdom as your top priority, He will make His plans known for you and begin opening doors to opportunities that will leave you awestruck.

Pray this prayer as you begin to earnestly seek God’s plans for your life:

God, I know that you have plans for me. I know that those plans are greater than anything I could ever imagine for myself. Help me Lord to seek you in everything that I do. Make me to know your ways. Teach me your paths, lead me in your truth and teach me! I want everything that you have for me, so I can be a blessing to those around me. In the name of Jesus I ask these things, Amen!

bible God’s Purpose for Your Life Gods Will Prayer Purpose
10552
70
Share
We use cookies on our website to give you the most relevant experience by remembering your preferences and repeat visits. By clicking “Accept”, you consent to the use of ALL the cookies.
Do not sell my personal information.
Cookie settingsACCEPT
Manage consent