What Does it Mean to Truly Be a Man of God? 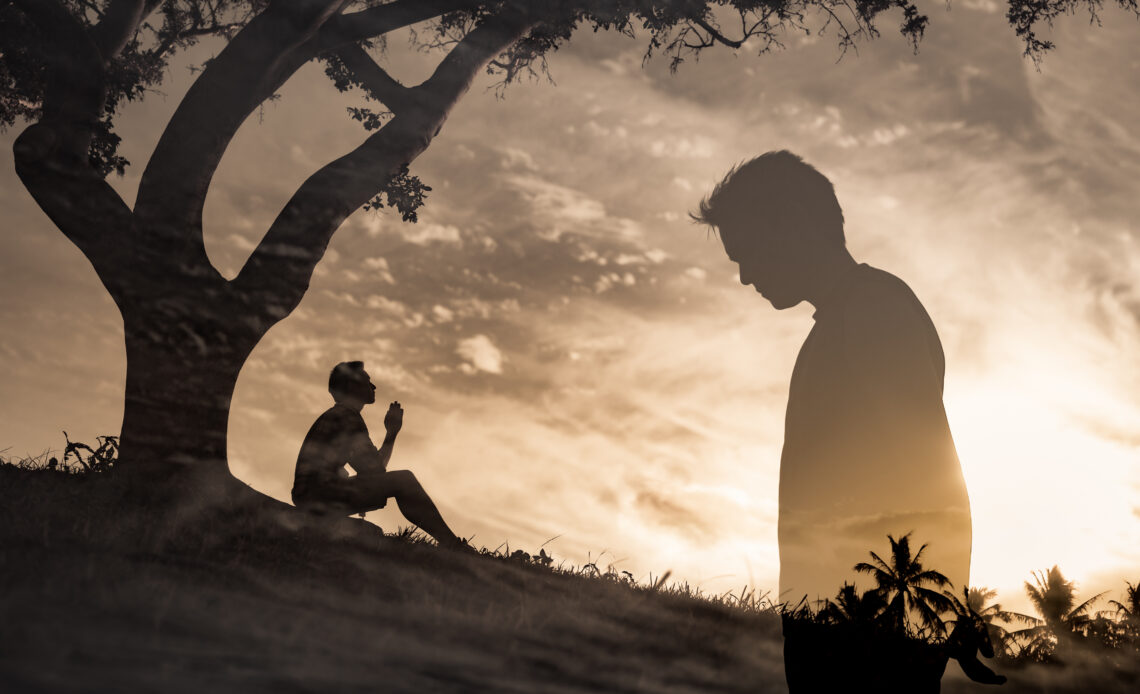 Men, we have been called by God to fill a very specific role. In a world that teaches us that we should be ashamed of our masculinity and that we should stop living up to the expectations that God has placed on us, we understand that Scripture is the only thing that can effectively define who we are and what we do. As disciples, we know nothing matters more than the Kingdom of God on Earth. What does it mean to be a man of the Kingdom? Discover the answer to that question today.

What does it mean to be a man? Obviously, there is a scientific answer that is based on chromosomes and your biology. However, when we’re dealing with what it means to be a man who is an actively engaged member of God’s kingdom, that answer drastically changes. Manhood in and of itself is under attack. If you don’t believe that’s true, you need only to turn on your television. It’s not uncommon for sitcoms to depict men in a less than favorable light. Gone are the days of Ward Cleaver and Mike Brady. Today’s sitcom men are usually idiots who are the laughingstock of their families. They can’t get anything right. They don’t lead their homes, and they do nothing to set an example to those around them. In today’s culture, men are often painted out as idiotic characters who are nothing more than comic relief.

No, this isn’t an indictment on television shows and movies. However, it does speak to a real problem that we’re facing in society: we are experiencing a real lack of Christian men. No matter what you may have heard from talking heads on TV or radio, there is nothing wrong with being a man. There is nothing to be ashamed of regarding your masculinity. The phrase “toxic masculinity” has come to serve as an indictment on every area of the existence of men, when masculinity in and of itself is not toxic at all.

Toxic masculinity is a problem. Toxic masculinity isn’t Godly. However, embracing your role as a man in the context of God’s Kingdom will never produce toxic results. While toxic masculinity is the result of men who don’t know how to handle their God-given power, being masculine is not wrong, and it is not toxic. What does it mean to be a man of the Kingdom? The answer is found in Scripture.

A Man of the Kingdom Constantly Follows Christ
Matthew 4:19-20 (TPT)
And he said to them, “Follow me, and I will make you fishers of men.” Immediately they left their nets and followed him.

Peter and Andrew provide a great example of what it means to be men of the Kingdom. They didn’t know Christ before his conversation. Undoubtedly, they had heard of them, but there was no relationship there. However, when He called for them to abandon their old way of life and follow Him, they didn’t ask questions. They put down their fishing nets and followed Christ. In putting down their nets, they essentially gave up their backup plan. There was no contingency plan here. When they left the family business to follow Christ, they knew that they had no source of income. Their fishing nets were their safety nets, and those safety nets were gone.

Being a man of the Kingdom requires us to do the same. No, that may not mean that you have to quit your job to go serve as a missionary. However, it does mean that you put the call of the Kingdom above everything else in your life. Following Christ isn’t simply about walking in His footsteps. It means adhering to His teachings, pursuing His purpose for you, and doing everything You can to expand the Kingdom.

If you want to know if you truly are a man of God’s Kingdom, ask yourself how closely you are following Christ. Peter and Andrew committed themselves to His teachings and His goals for their lives. When you’ve done the same, you can rest assured that you are living as a man of the Kingdom.

A Kingdom Man Works When He Is Able to Do So
2 Thessalonians 3:10-12 (ESV)
For when we were with you, we would give you this command: If anyone is not willing to work, let him not eat. For we hear that some among you walk in idleness, not busy at work, but busybodies. Now such persons we command and encourage in the Lord Jesus Christ to do their work quietly and to earn their own living.

Before there is any room for you to be offended by this second point about what it means to be a man of the Kingdom, we do need to clarify something. This verse is not an indictment on those who are physically or mentally unable to work. This verse does not serve as a critique of those who are unemployed due to circumstances beyond their control. However, the Bible is clear about the fact that men who are of able body and mind are expected to work to provide for themselves and their families.

There is absolutely no questioning that Paul was a man who sought the Kingdom of God. While his early years were spent trying to stifle the Church, after his conversion, he fully committed himself to the Kingdom. However, Paul did not expect the people in the churches he started to support him. In Acts 18, we learn that Paul worked as a tentmaker in order to support himself.

At the dawn of creation, God created Adam, put him in a garden, and told him to work. That command never changed. Part of being a man who is an active part of the Kingdom of God involves working to support yourself and your family if it is possible for you to do so.

A Man of the Kingdom Maintains His Integrity
Philippians 2:14-16 (ESV)
Do all things without grumbling and disputing, that you may be blameless and innocent, children of God without blemish in the midst of crooked and twisted generation, among whom you shine as lights in the world, holding fast to the word of life, so that in the day of Christ I may be proud that I did not run in vain or labor in vain.

If integrity is truly doing the right thing when no one is looking, that means that the man of God always does the right thing. Why? Because we understand that every action we take (or don’t take) are noticed by God.

Outside of protecting your family (assuming you have one at this stage of life), your integrity is the most important thing for you to protect. When a man’s integrity is brought into question, it is next to impossible for him to regain that. This commitment to integrity impacts every area of your life. When you’re at work, integrity dictates that you don’t do anything that would harm your company. This includes “massaging” timesheets to make a few extra dollars. This includes lying about others to get to the top. Integrity at work means following Colossians 3:23 and treating your career as a form of ministry.

A man of the Kingdom is fully committed to integrity in every area of his life. Doing so ensures that You can fulfill God’s plan for your life.

A Closing Prayer:
Heavenly Father, help me to be a man who is obsessed with the Kingdom. Help me to let the teachings of Your Kingdom permeate every area of my life. In Christ’s name, Amen.

Discipleship Kingdom males masculinity men
2652
0
Share
We use cookies on our website to give you the most relevant experience by remembering your preferences and repeat visits. By clicking “Accept”, you consent to the use of ALL the cookies.
Do not sell my personal information.
Cookie settingsACCEPT
Manage consent