What Does the Bible Say About Mothers? 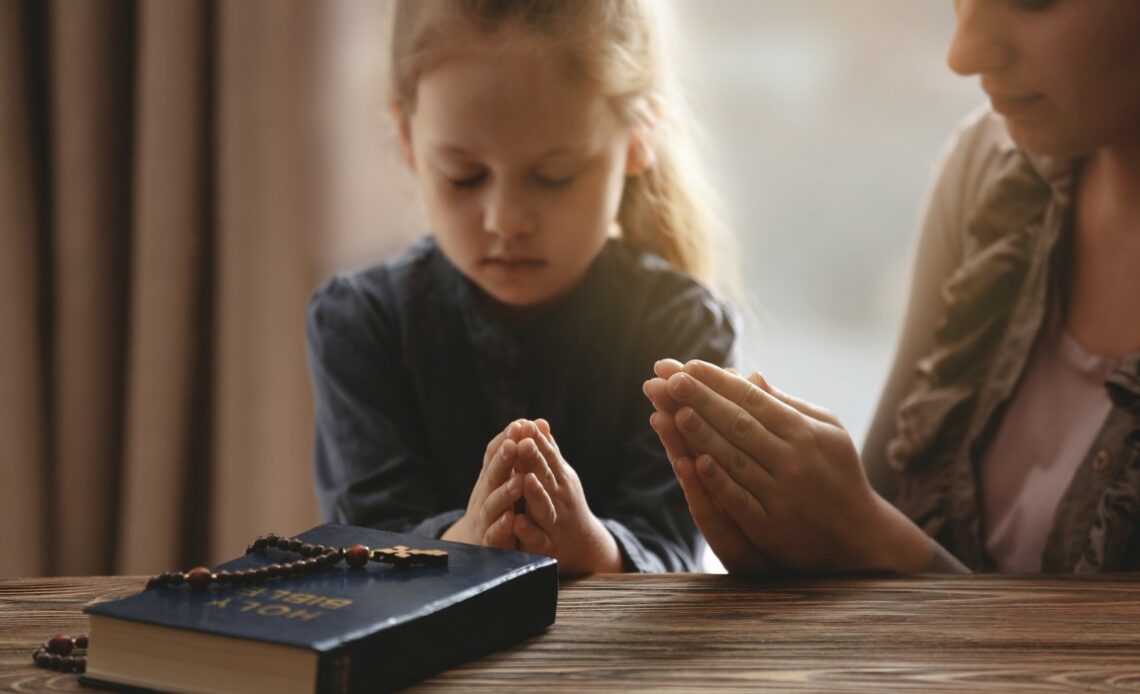 Happy Mother’s Day! Every year, we set aside this day to simply show our appreciation to the mothers in our lives. Before we proceed, it’s important to note that everyone’s mother-child relationship doesn’t look the same. Perhaps you are spending your first Mother’s Day without your mother or you have spent the last several with out her. Maybe your relationship with your biological mother is non-existent due to any number of reasons. If you are unable to spend this day with the woman who gave birth to you, this holiday can be painful.

However, it also provides a wonderful opportunity to thank God for the woman in your life who have set a good example for you. If you’re spending Mother’s Day this year without your mom for the first time, don’t let the grief you’re experiencing rob you of the opportunity to thank God for the example that she provided you. If you’ve never had a real relationship with your mother, spend this day expressing your love and gratitude for the woman or women in your life who have shown you the love that your mom didn’t. If you do have a relationship with your mother, make sure that you give her a call, a hug and a sincere “thank you” today.

If you’re a mother, spend some time today reflecting on the responsibility that God has charged you with. The role of women is very plainly stated in the Word of God. If you don’t have any biological children of your own, think about the way that God can still use you to play an important role in the lives of some around you who may not have a relationship with their mother for one reason or another.

While Mother’s Day is obviously never mentioned in the Bible (Woodrow Wilson made it a holiday in 1914), the Bible does still provide some direction about how we can observe Mother’s Day.

Honor Thy Mother
Exodus 20:12 (ESV)
Honor your father and your mother, that your days may be long in the land that the Lord your God is giving you.

Thousands of years before God handpicked Mary to serve as a mother to His Only Begotten Son, He made sure to mention the importance of honoring parents to His people. While we understand that God is from everlasting to everlasting (Psalm 90:2) meaning that He had no mother, it’s still worth noting that God took very special care to highlight the importance of parents when He issued the Ten Commandments to Moses.

It’s important to note that this commandment is the only one that came with both a command and a promise. Make no mistake about it, God instructed His people to honor their parents. However, He said that doing so will extend their lifespan! Every other commandment that God gave Moses on the mountain were straight forward dos and don’ts. But the command to honor their parents came with a benefit: “your days may be long in the land the Lord your God is giving you.”

God’s design for the family predates His design for the Church. When God put Adam in the Garden of Eden, He said that everything that He made was good. However, when He saw that Adam was alone, He said, “It is NOT good for man to be alone” (Genesis 2:18). It was at that point that God created the family. He commanded Adam and Eve to “be fruitful and multiply” (Genesis 1:28) and the first family was created.

If you read the Book of Genesis, you’ll find several stories about families who played a role in God’s divine story for humanity. Between Adam and Moses, historians say that roughly 2500 years passed. However, God’s plan for children to honor their parents never waivered and He took the time to mention that when He gave the Ten Commandments that were to guide everything that Israel did.

Women in the Bible
Skeptics often claim that the Bible is exclusively about men. While there may be a lot of men mentioned in Scripture in comparison to women, that is generally due to the cultural norms of the day that used men as the source of genealogies. However, women are still obviously mentioned in the Word of God and the important role that they play is highlighted continually.

Mary
The most obvious mother that comes to mind when we consider the role of women in the Bible is Mary. A young teenage virgin when we’re first introduced to her, God handpicked Mary to give birth to His Son.

Luke 1:30 (TPT)
But the angel reassured her, saying, “Do not yield to fear, Mary, for the Lord has found delight in you and has chosen to surprise you with a wonderful gift.

God is not limited by our concepts of time and space. He is everywhere at every time. Because of this omnipotence, God could have simply put Jesus on earth as a human. He was not required to pass Jesus through a human womb, but He wanted His Son to experience the love, compassion and care of a mother. That’s why he handpicked Mary. She had lived in a way that allowed her to find favor with God and He blessed her with the opportunity to give natural life to the Giver of Life.

The Mother of Rufus

You may have never heard of Rufus or his nameless mother. However, they were both important to the Apostle Paul who took special care to mention both of them in his letter to the church at Rome.

Romans 16:13 (TPT)
And Rufus, for he is especially chosen by the Lord. And I greet his mother, who was like a mother to me.
Who was Rufus? To answer that question, we have to backup to the crucifixion of Christ and read a verse that is easy to pass over when you’re caught up in the telling of Christ’s death.

Mark 15:21 (TPT)
As they came out of the city, they stopped an African man named Simon, a native of Libya. He was passing by, just coming in the from the countryside with his two sons, Alexander and Rufus, and the soldiers forced him to carry the heavy crossbeam for Jesus.

Simon of Cyrene, the man who was forced to carry Jesus’ cross during part of His walk to Calvary was coming out of the field with Rufus, his son when soldiers grabbed him and made him carry the beam. Rufus had seen Christ before Paul ever did, and years later was a close friend to Paul.

Additionally, Rufus’ mother had apparently taken Paul under her wing. We know nothing of Paul’s family, but Rufus’ mother, the wife of Symon of Cyrene was “like a mother to him.”

If you do not have a mother to spend today with, spend some time thanking God for the women in your life who have been like a mother to you.

Lois and Eunice
2 Timothy 1:5 (TPT)
As I think of your strong faith that was passed down through your family line. It began with your grandmother Lois, who passed it on to your dear mother, Eunice. And it’s clear that you too are following in the footsteps of their godly example.

Timothy’s father is never mentioned. In fact, Paul called Timothy his “son in the faith” (1 Timothy 1:2). Instead, Paul pointed to the importance of Timothy’s grandmother and mother who had instilled a deep faith in him. We are generally left to infer why Timothy’s father wasn’t mentioned, but the general consensus is that he wasn’t a believer.

If your mother, grandma, aunt or some other female figure in your life created a legacy of faith inside you, thank them for that today. Thank God for giving you godly women to look up to.

Whatever your situation looks like, there is probably a woman in your life who has been a mother-figure to you. Today, let her know that you consider her a blessing from God and show her how much she means to you.

A Closing Prayer:
God, thank You for the women in my life who have shown me what it means to love You. I ask You to bless them, let them feel Your presence and Your love on this day and every other day of their lives. Help me to better honor them and show them how much they mean to me. In Christ’s name, Amen