What is Peter Referring to When He States That Baptism Saves? 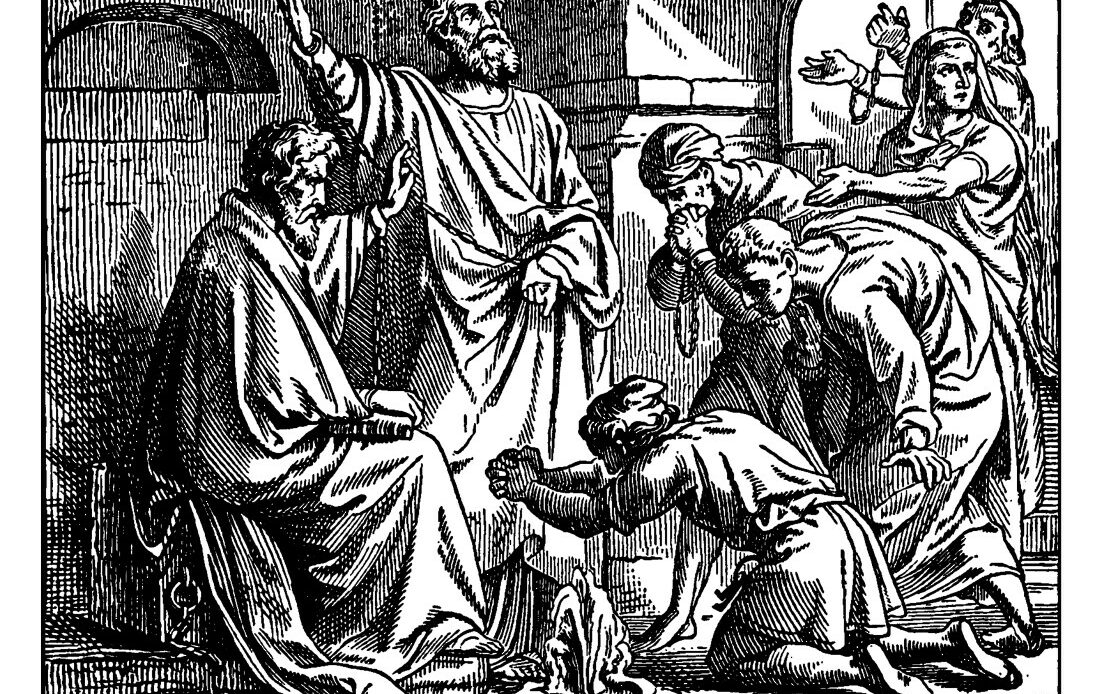 “The like figure whereunto even baptism doth also now save us (not the putting away of the filth of the flesh, but the answer of a good conscience toward God,) by the resurrection of Jesus Christ: Who is gone into heaven, and is on the right hand of God; angels and authorities and powers being made subject unto him” (KJV, 1 Pet. 3:21-22).

“The like figure whereunto even baptism doth also now save us”

As we approach 1 Peter 3:21-22, we find ourselves in relatively strange territory. In the text at hand, the Christian notices wording that is contrary to what he believes – or so it may seem at first glance. As a result, it may also appear as though the Bible is contradicting itself.

Paul tells the church in Ephesus that they are saved by grace through faith. Then he tells them that their salvation is a gift from God and not a result of works. But where does this leave us when we encounter Peter’s teaching? It would seem as though Peter is telling us that the Christian is saved by baptism.

When Peter transitions to verse 21, he connects the baptism that is being spoken of in verse 21 to the events that took place during the time of Noah (when Noah and his family got into the ark and were saved).

Simply put, Peter is not talking about water baptism. The events of Noah’s day prefigured the work of Christ. This is what Peter is seeking to explain. When Noah and his family got into the ark, they were saved as a result of getting into the ark.

When someone trusts in Christ, he is also “baptized” into Christ. Water baptism represents a baptism that has already occurred. Paul talks much about the baptism of the Spirit in Romans chapter 5. When someone is baptized in the Spirit, he becomes united with Christ and a part of the body of Christ. It is also said that the person is in Christ and that Christ is in that person.

Moreover, Paul tells us that the new Christian is baptized into Christ’s death, burial, and resurrection. This is where water baptism finds its origin. When someone is baptized in water, he goes into the water (death), is immersed in the water (burial), and is brought out of the water (resurrection).

“(not the putting away of the filth of the flesh, but the answer of a good conscience toward God,)”

Peter goes on to speak of the baptism by the Spirit and into Christ as something that is much greater than the removal of dirt from the flesh. Here one can see that Peter does not have water baptism in mind when he highlights the removal of dirt from the flesh. Baptism is an external matter, but Peter transitions into an internal reality when he speaks of having a good conscience toward God.

Without Christ, there is no real way to cleanse the conscience. The unbeliever can only become numb to his sin and/or rationalize away the guilt that he feels, but this does not make his conscience good. When someone comes to Christ and is baptized into Christ, it can truly be said that the new Christian has a good conscience toward God. His conscience will have been cleansed and purified by the Great High Priest, Jesus Christ, and through the Spirit of God.

“by the resurrection of Jesus Christ”

“Who is gone into heaven, and is on the right hand of God; angels and authorities and powers being made subject unto him”

Before the foundations of the earth, God had a plan. God knew that His creation would turn from Him and sin against their Creator. However, God still decided to create mankind with the ability to choose right and wrong. In the Garden, Adam and Eve chose to rebel against God, and ever since then, man has been plagued with sin and corruption.

The punishment for sin is nothing short of spending eternity in what the Bible calls hell. However, God had a plan from the beginning to save those who had rebelled against Him. Jesus Christ is the Lamb of God slain before the foundations of the earth.

When the fullness of time had come, God sent Jesus into the world to take on flesh. Jesus walked on the earth as 100% God and 100% man. Jesus truly is the God-man. Jesus came to die a sinner’s death so that sinners could live a life with God throughout all eternity. Jesus did not come to condemn the lost but to save the lost.

Jesus is full of love and compassion, and God does not delight in the death of the wicked. When wickedness prevailed in the land during the days of Noah, God gave the people 120 years to repent of their sin. He is patient with man, not wanting anyone to perish. His desire is that all would come to repentance.

God loves His creation with a holy love that is absolutely divine and unfathomable. God sent forth His Son to take upon Himself the sins of mankind. Jesus died in the place of guilty sinners. The Father crushed His Son so that the sinner could be forgiven of his great debt.

Jesus was buried in a tomb and, on the third day, rose from the dead. Jesus triumphed over the grave, ascended into heaven, and was seated at the right hand of God. He now sits in a position of power and authority over all creation.

All of creation, whether angels, powers, or authorities, has been made subject to Jesus. He is sitting on His glorious throne and will one day return to the earth.

Father, I thank You for rescuing me. I thank You for placing me inside the ark of God, which is Christ, Your Son. Teach me to honor You in this saving relationship with which You have blessed me. In Jesus’ name, Amen

1 Pet. 3:21-22 Baptism God KJV Peter 3:21-22
514
2
Share
We use cookies on our website to give you the most relevant experience by remembering your preferences and repeat visits. By clicking “Accept”, you consent to the use of ALL the cookies.
Do not sell my personal information.
Cookie settingsACCEPT
Manage consent